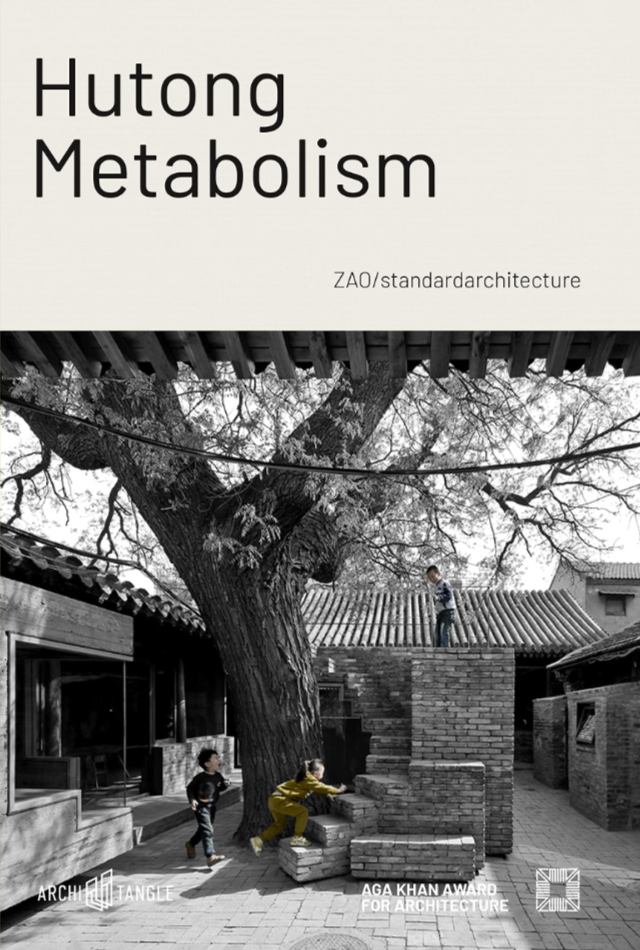 PUBLISHER'S DESCRIPTION:
Small stone hutongs, built within a courtyard-and-alley system, are emblematic of Beijing’s traditional inner-city architecture which still contends with modern, cooperate redevelopments to shape the character of the city. In one of the oldest cities in China, the important tasks of preservation and revitalization require particular sensitivity. Captured at the centre of the battlefield between development, conservation and renovation, the hutongs, on the verge of erasure, call into question the paradoxical nature of these paradigms.
The Micro Hutong Renewal series by ZAO/standardarchitecture focusses on small structures which residents have added to hutong courtyards in the last 60 years. The anchor project of this publication is the Hutong Children’s Library & Art Centre, which won the Aga Khan Award for Architecture in 2016.
A foreword from the Aga Khan Award director, Farrokh Derakhshani, and a series of photographs and drawings by the architect will present this project alongside another project from the series; The Micro Hutong and Co-living Courtyard, as well as ZAO/standardarchitecture’s social housing projects in the center of Beijing. In addition, scholarly essays from across disciplines will explore alternative perspectives of China’s historical cities and the challenges they face.
REFERRAL LINKS:

REVIEW:
I have never been to China, so my exposure to the country's contemporary architecture happens through websites, videos, magazines, books, and the occasional exhibition. The latter introduced me to the architecture of Zhang Ke and his studio ZAO/standardarchitecture (ZAO), first at the 2016 Venice Architecture Biennale and most recently at the Museum of Modern Art in Reuse, Renew, Recycle, on display for another month in the museum's free ground-floor gallery. Both exhibitions included models of projects from ZAO's "Hutong Metabolism" series of projects that make small-scale interventions in the traditional hutongs (residential alleys/courtyards) of Beijing. A large-scale immersive model of Micro Yuan’er Children’s Library and Art Centre was on display in Venice, while MoMA displayed the concrete model of Micro Hutong that it acquired for its archive. Both are beautiful, small-scale projects whose qualities come to the fore in the models and in this book documenting them and two more hutong projects. 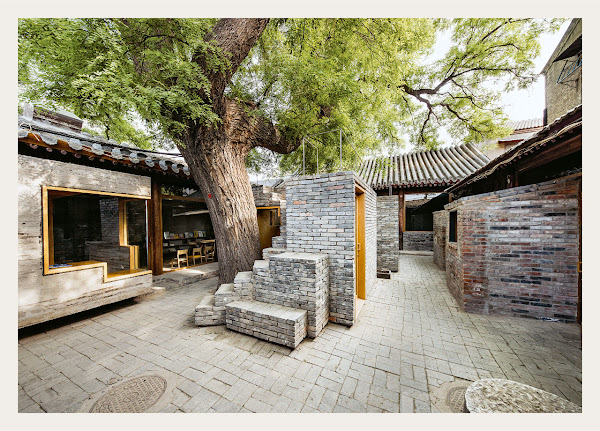 Hutong Metabolism includes thorough documentation of the two projects mentioned above, plus two more, also in Beijing: Co-Living Courtyard and Hutong Social Housing. Apparently, the impetus for the book was Zhang Ke receiving the Aga Khan Award in 2016 for Micro Yuan'er, the first of the Hutong Metabolism projects, which continued with the other projects in the book. The last project in the book (the four projects are presented in chronological order by completion date), Hutong Social Housing, was completed in November 2019, but as Kenneth Frampton reveals in his introductory essay, "ingeniously planned and partially realized on two separate sites [it] remains, as yet, not only unoccupied but also partially unfinished." No doubt China being thrown into lockdown at the end of 2019 contributed to the in-limbo status of Zhang Ke's most recent Hutong project. 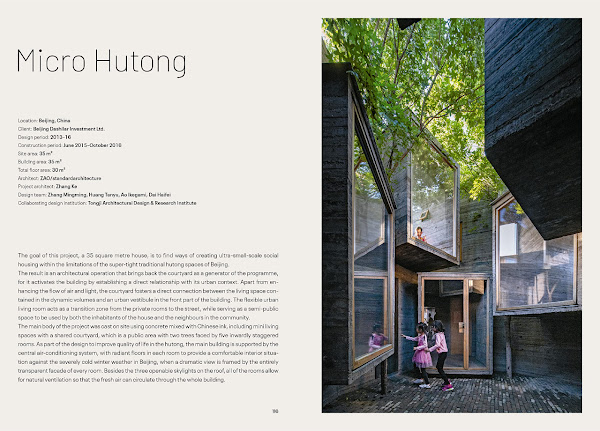 The four Hutong projects documented here are united by more than their settings — dazauyan, or "big messy courtyards," as they are labeled in the book. The designs by ZAO use a consistent material palette, with concrete mixed with Chinese ink being the most striking of them. As evidenced by the many photographs in the book, the concrete exposed on both the exteriors and interiors has a subtle, mottled striping of black against gray, following the board-forming; it looks like plain old concrete was painted with ink and is a beautiful effect. Other materials are gray brick, wood, and roof tiles, with some of them reused, aligning ZAO with Amateur Architecture Studio and other practitioners in China taking explicit architectural approaches of continuity with history and maintaining a considerably smaller scale compared to much new construction in Beijing. Mohsen Mostafavi, in his essay here, "Changing Character: China and the Idea of Contemporary Architecture," further situates the architecture of ZAO within the context of wider trends of Chinese urbanism and other contemporary architects who have also been involved in Aga Khan Awards. 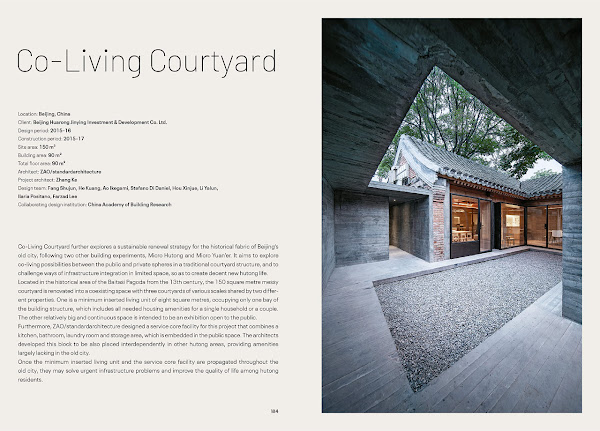 In addition to Frampton's and Mostafavi's essays mentioned above, Hutong Metabolism includes an essay by MoMA's Martino Stierli, curator of the Reuse, Renew, Recycle exhibition, that examines the qualities of a couple of the Hutong projects and describes why MoMA wanted to add a model of one to its collection; and "Fused Traditions," an essay by Hans-Jürgen Commerell and Kristin Feireiss on "the making of an international contemporary signature." These essays are situated to separate the first few projects in the book, while between the last two projects are three interviews: one with residents involved in the Micro Yuan'er project, another with a few younger architects in ZAO, and lastly one between Zhang Ke and Nondita Correa Mehrotra. The last one is particularly interesting, since it delves into the influence of Charles Correa on Zhang Ke. This influence is another link to the Aga Khan Award, but it also reminded me about Correa's statement that "form follows climate," an upending of Louis Sullivan's famous assertion and one that is particularly relevant this century, as people in China and all over the world encounter the effects of global warming and climate change — effects that require architecture to be more attuned to the natural and human-made environment. 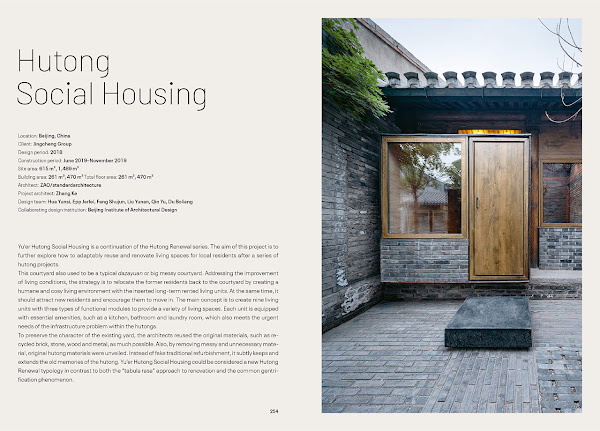