Half Dose #28: House of Sweden

According to its web page, "a House of Sweden is being erected outside Sweden [for the first time], to be home to the Swedish embassy and representatives of Swedish commerce. The building will form a new Swedish arena in the United States. It is an unusual embassy building, housing a secretariat, 16 apartments and an Event Center." 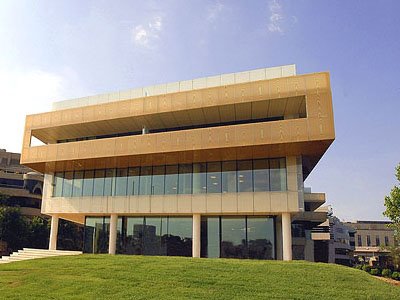 Designed by Sweden's Gert Wingardh, the building's exterior is a banded composition of various materials, predominantly glass but also wood and stone. In the middle bands, a blond maple is covered in fritted glass below a laminated glass printed with a wood grain. Ironically perhaps, the latter has a stronger impact, though the faux wood grain appears almost comic. 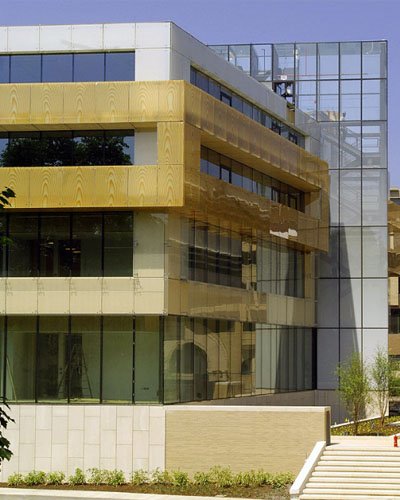 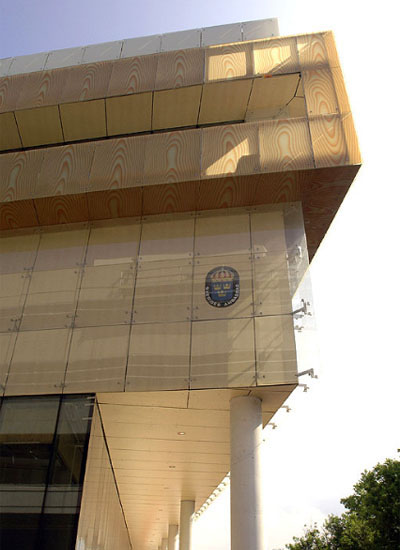 As can be seen in the image below, the site "commands a spectacular view of such landmarks as Georgetown, Watergate and the Kennedy Center." Having broken ground back in April 2004, the building is approximately two months from completion. 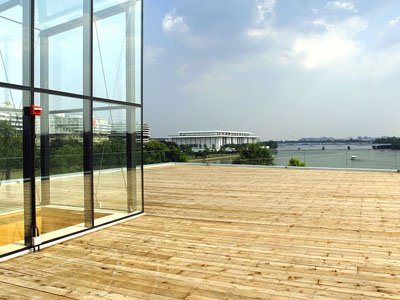