With all of the Frank Lloyd Wright 150th anniversary brouhaha, there's plenty of Wright to read and to look at. But what about listening? To fill that apparent void, head over to 99% Invisible and check out a couple episodes from February about one aspect of Wright's career: Usonia.

Episode 256: Usonia 1 focuses on the first Usonian house: the Jacobs House built in Madison, Wisconsin, in 1937. The show intersperses audio clips from Wright and Jacobs with a visit to the house by Avery Trufelman. 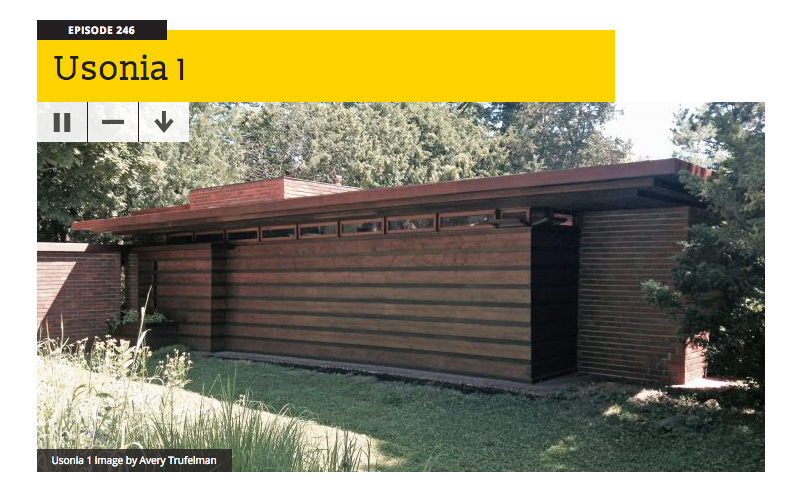 Appropriately, Episode 247: Usonia the Beautiful picks up on the Usonian theme and heads to the Usonia community in Pleasantville, a 50-minute train ride north of New York City. Trufelman speaks with Rolald Reisley, who still lives in the house Wright designed for him in the early 1950s, about his experience with Wright and how the community has changed over time. The episode also ventures outside of Pleasantville to see what happened with Wright's dream of mass-produced Usonian homes. 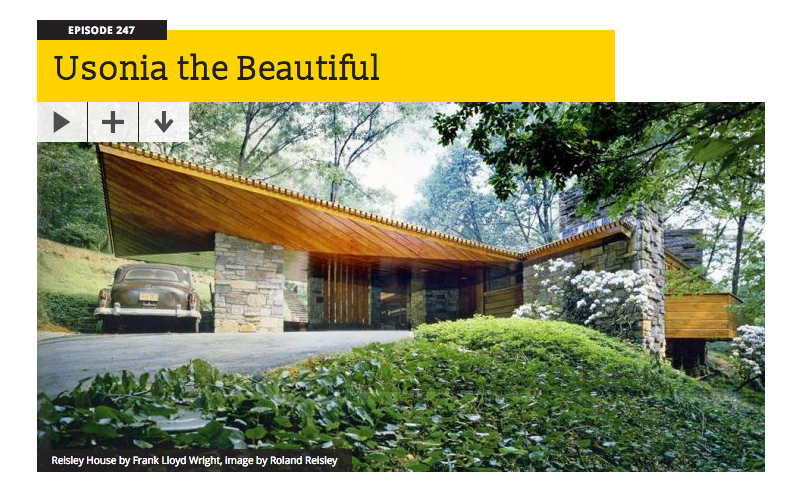