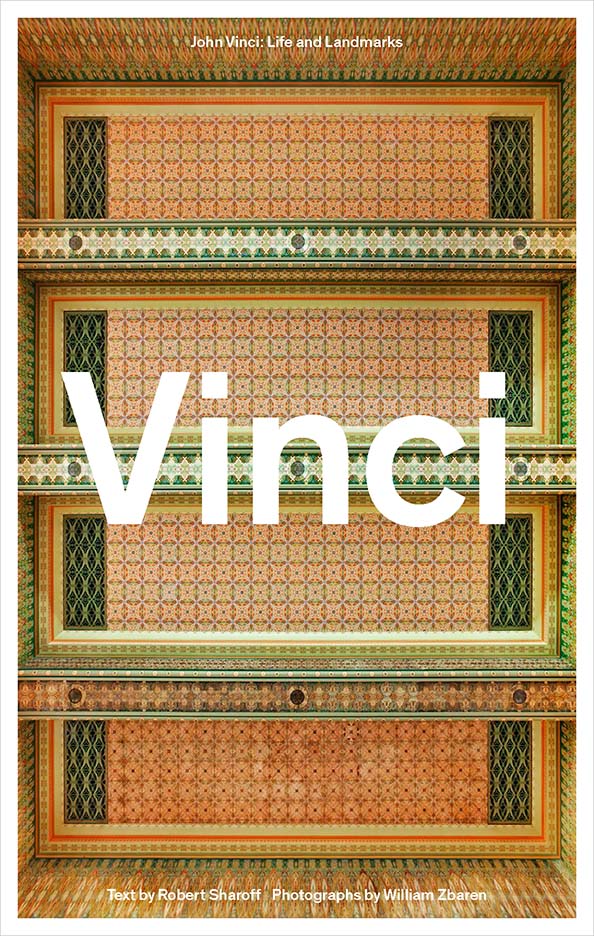 Being a preservation architect means toiling in relative obscurity. After all, it's the details of what is being preserved – the building, the creation of a particular architect, the place where a famous event took place or a person lived – that are at the forefront of a preservation project, not the person in charge of its restoration. Gunny Harboe, for instance, is known by just about all architects in Chicago, but outside of the city his is hardly a common name, even though he's been responsible for the restoration of buildings by Wright, Mies, and many others. Ditto John Vinci, who's restored many notable buildings but was responsible for one in particular – the Chicago Stock Exchange Trading Room – that I first experienced as a teenager, on a field trip to the Art Institute. I learned that the space and building it came from were designed by Louis Sullivan; that the original was demolished in the 1970s; and that photographer and preservationist Richard Nickel died while salvaging some architectural artifacts from it (a floor collapsed and buried him in the basement for three weeks before his body was found). But did I know architect John Vinci was behind the removal of the original Trading Room and its reconstruction in the Art Institute addition? Nope, not until this amazing book on Vinci by Robert Sharoff and William Zbaren.

One thing that separates Vinci's firm, Vinci Hamp Architects, from Harboe Architects and other firms specializing in preservation is that Vinci also tackles new construction – he is not just a preservation architect. With his new buildings I had more familiarity. His most high-profile commission in this vein is the Arts Club of Chicago, located one block east of Michigan Avenue in the Streeterville neighborhood. It was completed in 1997, the year I moved back to Chicago after architecture school; I took a job in the area and therefore walked by the building a few times a week. While I didn't love the building immediately (I was fresh from an education steeped in Deconstructivism and therefore found it timid), it grew on me over time, as I saw exhibitions in the ground-floor galleries and got to eat lunch in the second-floor dining room a couple times. Connecting the two floors is a stair designed by Mies van der Rohe and salvaged from the Arts Club's previous location. The stair sits in the heart of the building, paralleling the way preservation exists in Vinci's heart. The stair echoes what he did decades earlier with Sullivan's Trading Room and the Art Institute, but in a minimally modern manner that permeates the rest of the building. 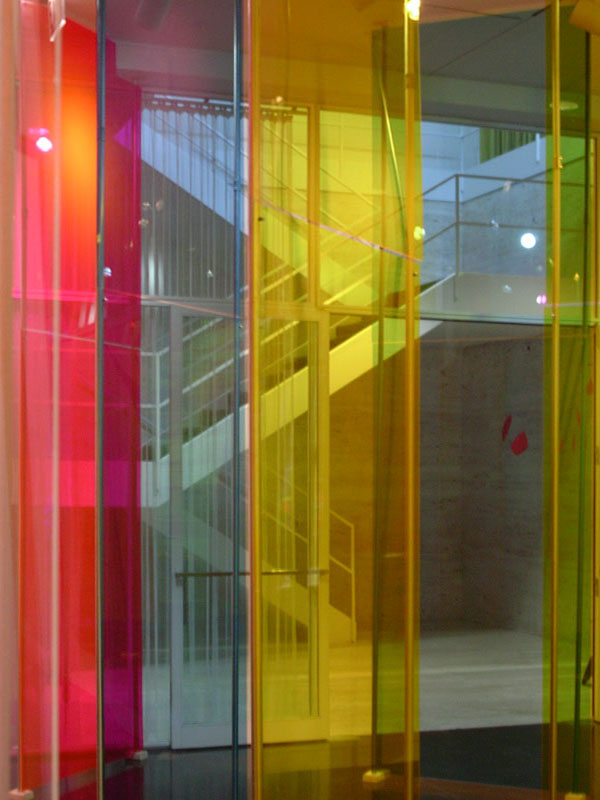 [My 2006 photo of Daniel Buren's "Crossing Through Colors" on display at the Arts Club of Chicago, with Mies's stair in the background.]

Although the statement that preservation exists in Vinci's heart may seem a bit sappy (I'm writing this on Valentine's Day, too), it's pretty accurate – not only because of the energy he has devoted to preservation, but because of the insight yielded by Robert Sharoff's essay that starts this book. We learn about Vinci from his upbringing on Chicago's South Side (he attended IIT because it was in his neighborhood) to the 2010 publication of The Complete Architecture of Adler & Sullivan, an unfinished book by Aaron Siskind and his friend Richard Nickel that he resurrected after a nearly 40-year hiatus and completed with the Richard Nickel Committee. Vinci, like many architects in Chicago, worked for Skidmore, Owings & Merrill after graduating from IIT. But as we learn in the essay, he spent more time boycotting the demolition of a Sullivan building than carrying out his entry-level tasks as SOM. (Not surprisingly, he lasted only six months at SOM.)

That Vinci's portfolio spans the opposite poles of historic preservation and new construction makes him a unique architect – in Chicago or elsewhere. His understanding of history is deep, not just canonical and far from superficial; it infuses his original creations, and, Sharoff writes, "it is that which separates him from the orthodox modernists of his generation and lends his work its peculiar power and richness." That richness is captured vividly in Life and Landmarks by photographer William Zbaren. He and Sharoff have co-authored numerous handsome coffee table books over the years, such as those on Mies and St. Louis, but here they have outdone themselves. The mix of biography and monograph – the former in Sharoff's essay and the latter in about twenty projects presented in photos, drawings, and text – is far from atypical, but it's done so well that learning about Vinci's life and work is a treat. Credit for the book's quality should be extended to the publisher, Northwestern University Press, and the designer, Studio Blue, who have packaged and laid out Sharoff's words and Zbaren's photos with an attention to detail that suitably parallels the work of Vinci himself.