While four honorable mentions in the eVolo 2018 Skyscraper Competition are focused on Manhattan, only one comes close to approaching a traditional skyscraper. The others, like the first place winner in 2016 that proposed a horizontal skyscraper around Central Park, take a more liberal approach to designing "skyscrapers." 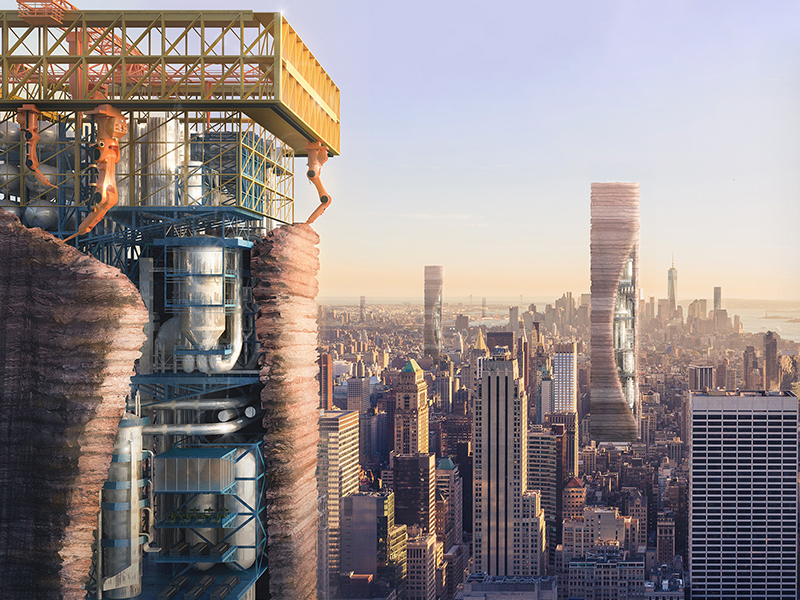 These skyscrapers littering Manhattan would be built by everybody's favorite 21st-century technology: 3D printing. At such a scale, the towers would take time to "print," so they take on a striated appearance. Yet instead of housing apartments or offices, the skyscrapers would serve as factories for creating cartridges for 3D printing from waste, part of which would be used for the factories' skins. In other words, the towers express what they do — and apparently illustrate a future where just about everything is printed and therefore requires such factories. 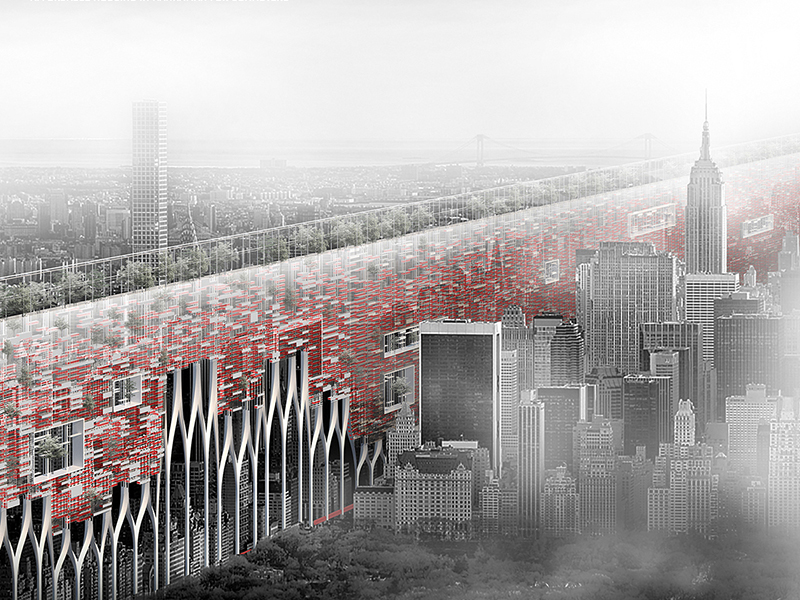 Affordable housing is one of those big issues that hasn't found an architectural solution (if one exists). But that doesn't stop people from trying. Asserting that "People who work in Manhattan deserve a home in Manhattan," the designers propose linear buildings propped on giant columns that form "ridges" along the island's north-south avenues (Fifth Avenue is illustrated). Considerations of access and egress and other practicalities aren't even worth addressing in such a proposal, but I'm floored at how the design fills in those valuable slots of sunlight that the city's zoning code protects. Setting aside this and other criticisms, the proposal makes me think: If affordable housing requires such an extreme approach, the problem is even bigger than I thought.

Community as a Cloud: 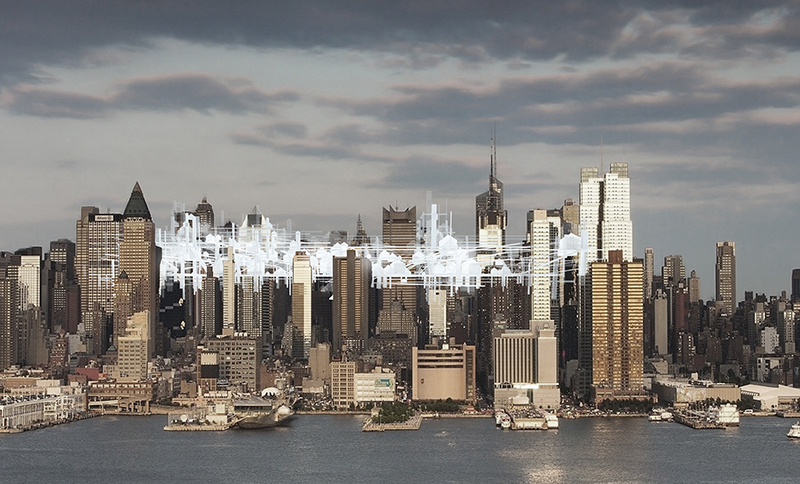 Although some visions of Manhattan have proposed sky bridges (Hugh Ferriss and the RPA's Urban Design plan in the 1960s come to mind), this project appears to do it as a critique of the city. The designers write: "Those heavy and high volumes with vertical lines as well as programs for commerce represents de-humanity," and: "On the other hand, a village’s horizontal and natural form seems have more connections to human beings." So, if Manhattan is dehumanizing, cap its tall buildings with some village-like forms and — voila — life is affirmed! 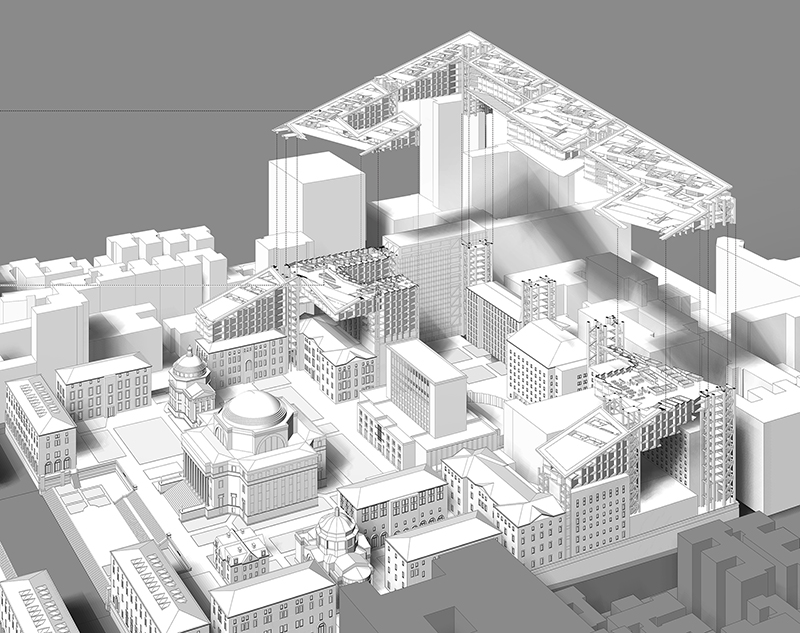 This last project is the most practical, and I'm guessing it comes from Columbia GSAPP students. It adds a U-shaped structure to the north edge of Columbia's Morningside campus, a "gigantic movement [that] transforms each of the differently functioning buildings into an aggregated entity, and at the same time gives the campus block a new uniformity." Although that "uniformity" is questionable aesthetically, I'll give the designers credit that they limited their proposal to the buildings north of the McKim, Mead & White buildings that were realized as part of their masterplan; aside from Rafael Moneo's Northwest Corner Building, there are a lot of stinkers along the north edge of campus.
Email Post