Eero Saarinen on His Work 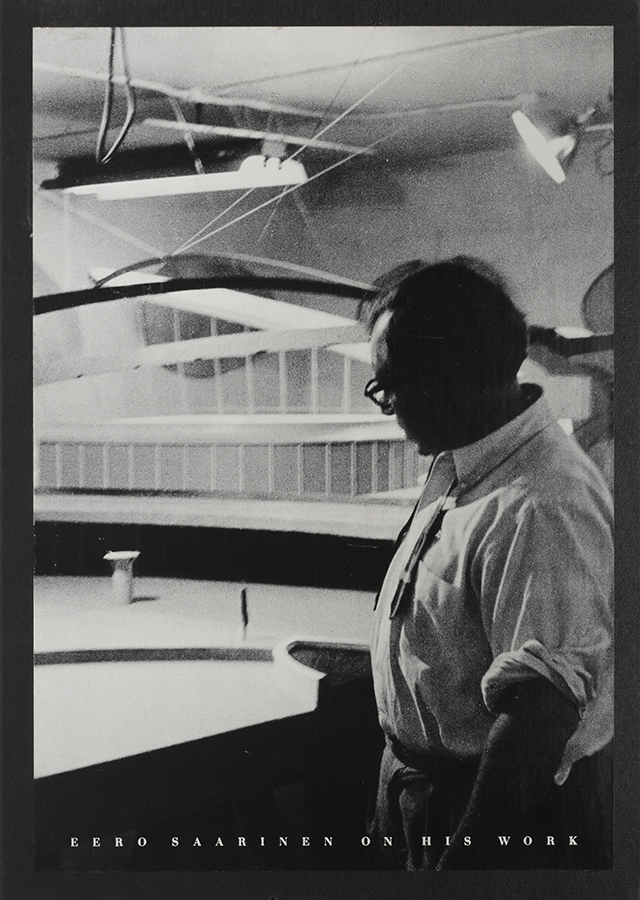 Eero Saarinen on His Work: A Selection of Buildings Dating from 1947 to 1964 with
Statements by the Architect
Aline B. Saarinen (Editor)
Yale University Press, 1962

A NOTE ON THIS BOOK:
Several years ago, on one of our frequent pilgrimages to Frank Lloyd Wright, Mr. Wright told Eero and me why he was wary of interviewers and writers. "They take the words from your mouth and put them in their own," he said, "and, worse than that, they take the smile off your lips and put it on their own."
When, after Eero's untimely death, various publishers and writers approached me about a book on his work, I remembered Mr. Wright's remarks. Eero, unlike Wright, Le Corbusier, and his own father, had never written books, but it seemed appropriate now to record his own words and smiles and to preserve these forever as his. Such a book would be a document which would allow him to speak as he did so charmingly, so sincerely, so informally to all of us who knew him so well; it would illuminate his attitude toward his beloved profession; and it would be a revelation of the creative processes that produced his work. "We must have an emotional reason as well as a logical end for everything we do," Eero once said. A book of his own statements could make clear his emotional and his logical intentions. It would not be a definitive history of his work (the time would not be ripe for such a book for at least a decade), but it would be the keystone for all his subsequent works.
Such a book, I believed, should be handsomely illustrated with pictures whose primary purpose would be to convey the sense of his intent and the spirit of his buildings.
I was pleased to be able to carry out this project with Yale University Press, whose sympathy with the idea and whose standards of excellence would surely have gratified Eero.
Aline B. Saarinen
New Haven, June, 1962
REFERRAL LINKS:

dDAB COMMENTARY:
The above note from Aline B. Saarinen comes at the end of the handsome large-format monograph on Eero Saarinen that was published one year after he died unexpectedly at the age of 51. Aline, as I mentioned a few days ago in my review of a new book about the GM Technical Center, was swept away by Eero when she met him in 1953, eventually marrying the then-married architect and serving as the head of PR in his office just outside Detroit. Her duties after his death focused on his legacy: ensuring the buildings he was designing would be carried out faithfully (that also happened with Kevin Roche and other architects in the office) and disseminating his voice and vision in such works as Eero Saarinen on His Work.
The GM Technical Center, completed in 1956, is included in the book, and it is one of two projects treated specially with vellum overlays that label the numerous buildings comprising the project and key the photos that follow. (It's visible in the first two spreads below; the other project is the Ezra Stiles College and Morse College at Yale University, Eero's alma mater and the publisher of this book.) For the most part, Eero Saarinen on His Work is made up of statements from Eero, as should be clear from the title, accompanied by large b/w photographs of his buildings and a few sketches and drawings as well. Given that ten buildings were in-progress when Eero died, some of the photographs are of construction sites, most notably the TWA Flight Center and Dulles Airport, both of which opened the year the book was published. The visual documentation is slim (it's only 108 pages, after all), but the selection of images is exemplary and the whole package is lovely, with heavyweight off-white paper and a photo of Eero with sleeves up gracing the slipcase of the otherwise blank hardcover.
The book was clearly meant to raise an appreciation of Eero Saarinen, who was famous at the time he died, while also controlling to some degree the publicity around his work after his death. (Other books came fast, including critic Allan Temko's contribution to George Braziller's "Makers of Contemporary Architecture" series the same year.) But Eero Saarinen on His Work makes me appreciate even more the efforts of Aline, who was an editor at the New York Times when she met Eero. It was in Kornel Ringli's 2018 book, Designing TWA, that I first grasped the extent of Aline's role in shaping Eero's public image, using her Times connections to keep Saarinen in the public eye and focused on his architecture over his furniture. That worked continued after his death, when Aline also resumed her career as a critic and became a prominent TV personality. In her work on Eero's buildings, though, this record of "his own words and smiles" is a remarkable document produced at what must have been a difficult time.
SPREADS: 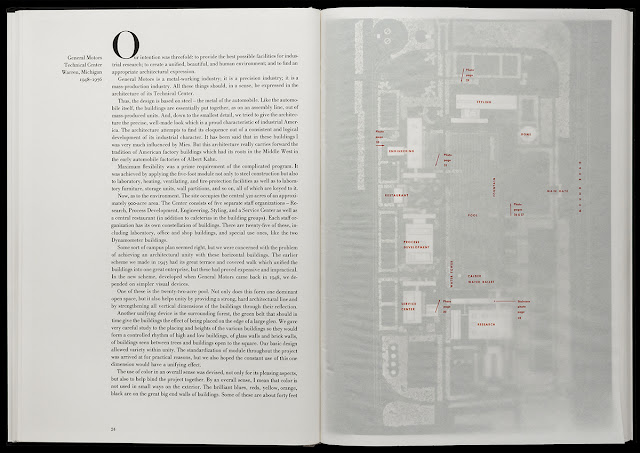 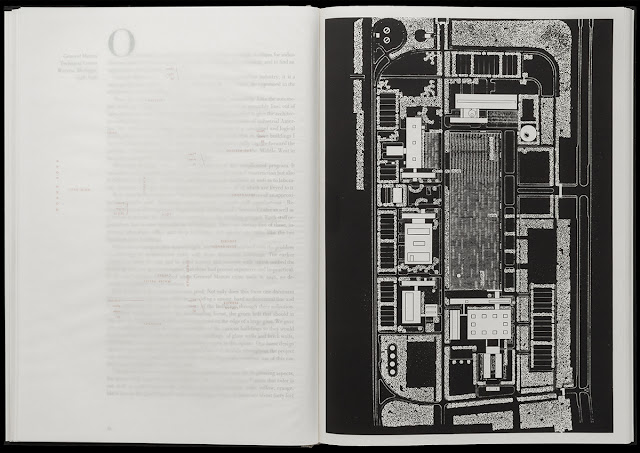 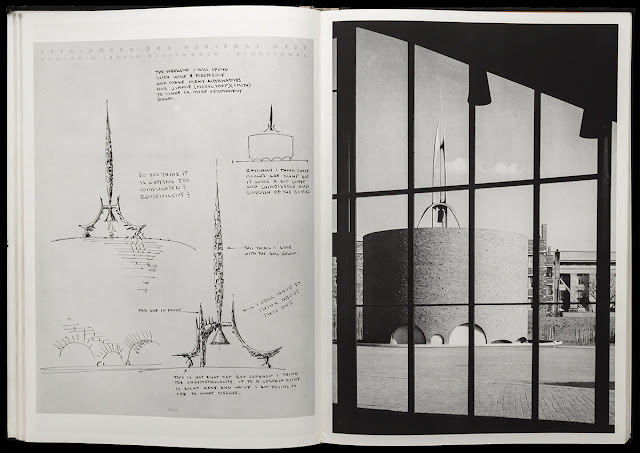 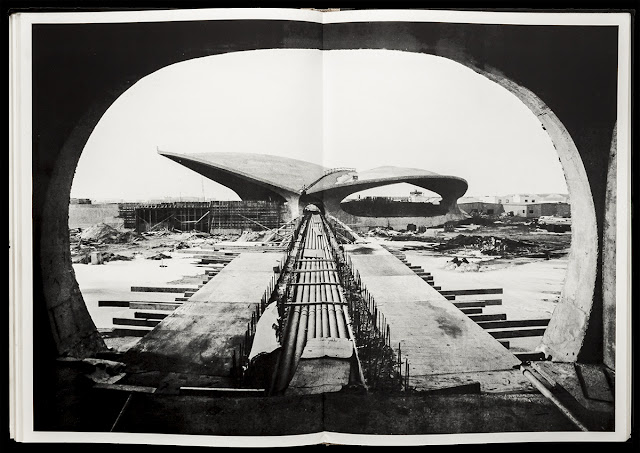