Architecture and Design at the Museum of Modern Art 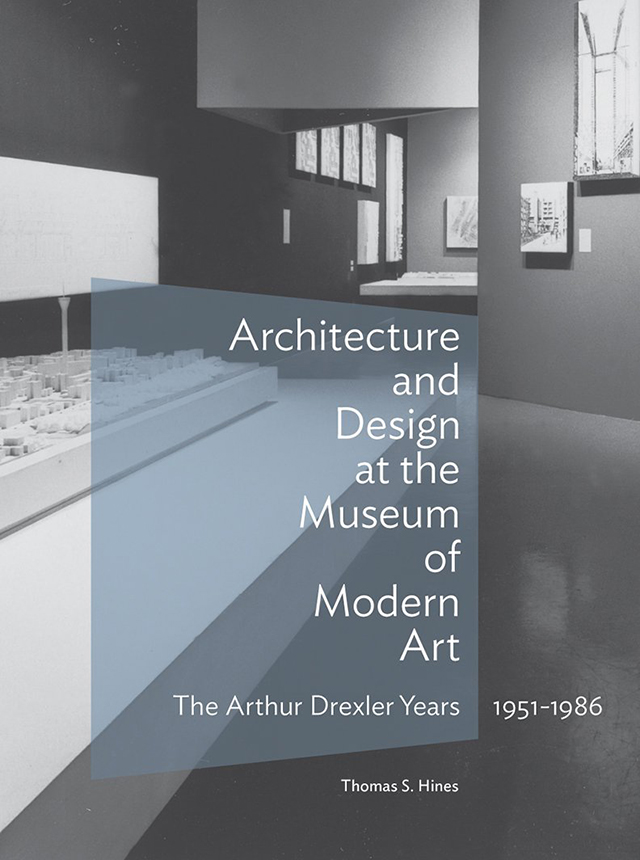 PUBLISHER'S DESCRIPTION:
Arthur Drexler (1925–1987) served as the curator and director of the Architecture and Design Department at the Museum of Modern Art (MoMA) from 1951 until 1986 — the longest curatorship in the museum’s history. Over four decades he conceived and oversaw trailblazing exhibitions that not only reflected but also anticipated major stylistic developments.
During Drexler’s tenure, MoMA played a pivotal role in examining the work and confirming the reputations of twentieth-century architects, among them Frank Lloyd Wright, Le Corbusier, Richard Neutra, Marcel Breuer, and Ludwig Mies van der Rohe. Exploring unexpected subjects — from the design of automobiles to a reconstruction of a Japanese house and garden — Drexler’s boundary-pushing shows promoted new ideas about architecture and design as modern arts.
Drawing on rigorous archival research, Architecture and Design at the Museum of Modern Art analyzes how MoMA became a touchstone for the practice and study of midcentury architecture.
Thomas S. Hines is professor emeritus of history and architecture at the University of California, Los Angeles.
REFERRAL LINKS:

dDAB COMMENTARY:
Arthur Drexler died from pancreatic cancer in January 1987 at just 61 years old. He worked at MoMA, first as curator and then as director of the Architecture and Design (A&D) department, for 35 years — more than half his life, though not long enough, considering he had plans for exhibitions and books in the months leading up to his death. With three-and-a-half decades at MoMA, Drexler devoted more time to the museum than anybody but founding director Alfred H. Barr, Jr., who held various roles there for 39 years, and Philip Johnson, who had a lasting but sporadic relationship with the museum from 1932 until 1988. Barr and Johnson have had numerous books written about them individually, including one book about their collaboration, so it's fitting that a book about Drexler's tenure at MoMA should follow.
Thomas Hines met Drexler in 1980, when Hines had a contract to write a book about Richard Neutra and interviewed Philip Johnson for research on the book. Johnson connected Hines and Drexler right after the interview, an event that began a two-year collaboration on The Architecture of Richard Neutra: From International Style to California Modern at MoMA. Accordingly, Hines is as good a person as any to have written a book about Drexler, though he does admit in the preface to Architecture and Design at the Museum of Modern Art that the book "cannot claim to be a biography of Drexler" due to a dearth of archival information on his personal life. Even so, there is a lot to be learned about Drexler and the many exhibitions he curated and those created under his directorship.
One of the main things that comes to the fore in Hines's book is the quality of Drexler's writing, something I had not noticed previously, even though I have copies of publications for a few of his many exhibitions. Drexler actually served as editor at Interiors magazine before Johnson brought him into the MoMA fold; he wrote a piece on Johnson's Glass House in October 1949 and started two years later as curator — at just 26 years old. Drexler was clearly good at crafting phrases in the copy he would write for the exhibitions, though more importantly they expressed his astute eye and ability to hone in on the important issues being explored in contemporary architecture and design.
Anyone interested in A&D at MoMA should read The Arthur Drexler Years, 1951-1986, especially those who want to know more about such important exhibitions as Built in USA: Post-War Architecture (1953), The New City: Architecture and Urban Renewal (1967), The Architecture of the École des Beaux-Arts (1975), and Mies van der Rohe Centennial Exhibition (1986). Unfortunately, in a book focused on a curator and his exhibitions, only 13 of the 106 images in the book are installation views of the exhibitions, with three of those capturing Junzō Yoshimura's Japanese Exhibition House installed in MoMA's courtyard in 1954. I might not have noticed otherwise, but given that nearly all of the seven chapters begins with a large installation view, I couldn't help yearn for more views of the exhibitions that were — besides the books accompanying them — the fruits of Drexler's many years of labor.
SPREADS: 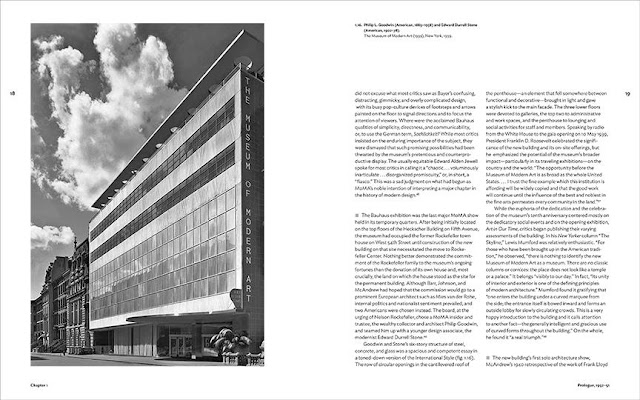 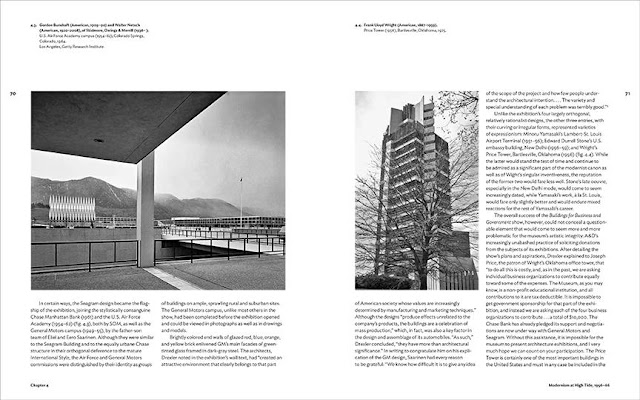 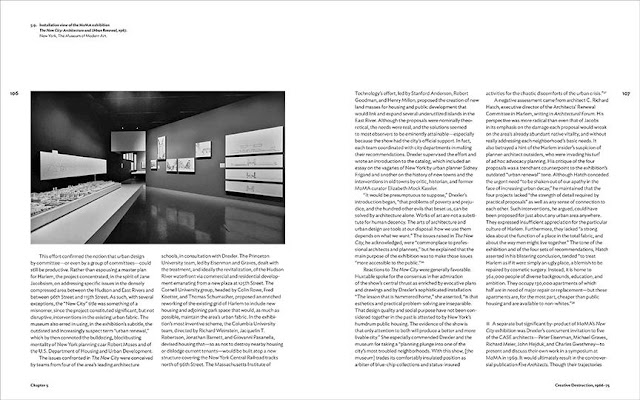 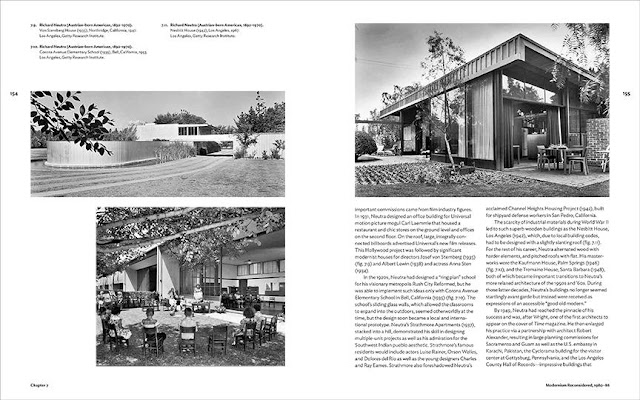