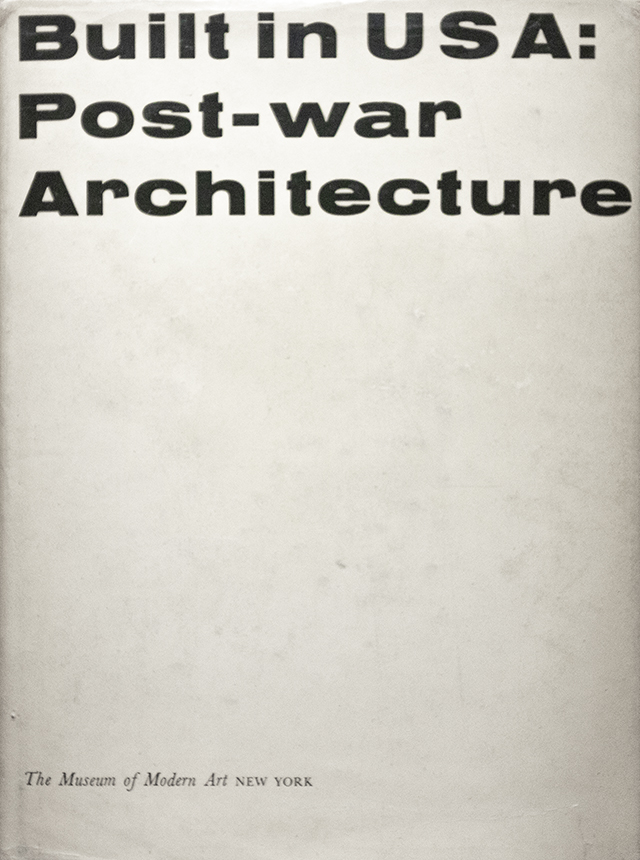 PUBLISHER'S DESCRIPTION:
This book is the Museum of Modern Art's report on the best of American architecture today. Private houses, skyscrapers, schools, a hospital, a retail store, a chapel and a stadium are among the 43 buildings amply illustrated by plans and photographs.
With the mid-century modern architecture has come of age, and American architecture in particular has come to occupy a position of special prominence in the world. The qualities that have brought our building to this preeminent position are reviewed in an introductory essay by Professor Henry-Russell Hitchcock, America's leading historian of modern architecture. Arthur Drexler, Curator of the Museum of Modern Art's Department of Architecture and Design, has provided a critical text appraising individual buildings for their stature as works of art and for their significance in the development of American architecture.
REFERRAL LINKS:

dDAB COMMENTARY:
In Thomas Hines's Architecture and Design at the Museum of Modern Art: The Arthur Drexler Years, 1951-1986, which I reviewed a couple days ago, the author delves into some detail on a few of the exhibitions curated by Drexler in his three-and-a-half-decade tenure at MoMA. One of these exhibitions, Built in USA: Post-war Architecture, one of Drexler's first, happens to be one of the catalogs I have in my library. (Anyone interested can download a PDF of the book from the MoMA website.) On display in the museum in 1953, the show Drexler co-curated with Henry-Russell Hitchcock took its name from the 1944 exhibition curated by Elizabeth Mock, Built in U.S.A., 1932-44.
Given that both exhibitions basically presented what the curators and their advisors deemed the best in American architecture in the decades before and after World War II, the selections were of utmost importance. For Post-war Architecture, Hines elucidates much of the politics behind the selection process. The book lists the many people on the advisory committee — including Mock, a few deans of architecture schools, and many editors of architectural magazines — but Hines dug through the MoMA archives to find correspondences among the advisors and curators that reveal disagreements over what should be included. Hitchcock, for example, wanted to feature Jack Hillmer's "Wrightian" Ludekens House, but Drexler and others vetoed it, with Drexler even going so far as to say, in an informal note, that "if it is included, Hitchcock or not, I will resign from the museum."
With two curators, a 12-story advisory committee, and Philip Johnson as director, the resulting selection of 43 projects is a grab-bag, mixing clear masterpieces (Mies's Farnsworth House, the Eames House, SOM's Lever House, Wright's Johnson Wax) with numerous buildings that have become, along with their architects, forgotten in the ensuing decades (Frank Whitney's Bluebonnet Plant, Igor Polevitsky's House for Michael Heller, Ernest J. Kump's San Jose High School). Most of the book fits snugly between these two poles, ultimately expressing an unbridled enthusiasm for modern architecture and its potential in creating a better future for all. The future would not be so rosy, but the book is valuable as a snapshot of an optimistic time, and of a curator — Drexler — getting a foothold at the institution he would devote more than half of his life to.
SPREADS: 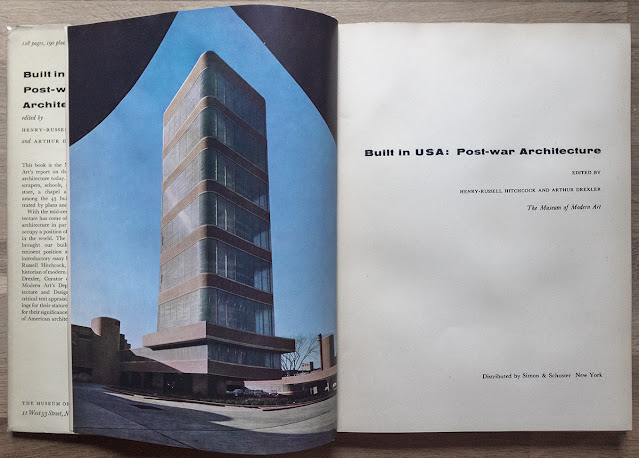 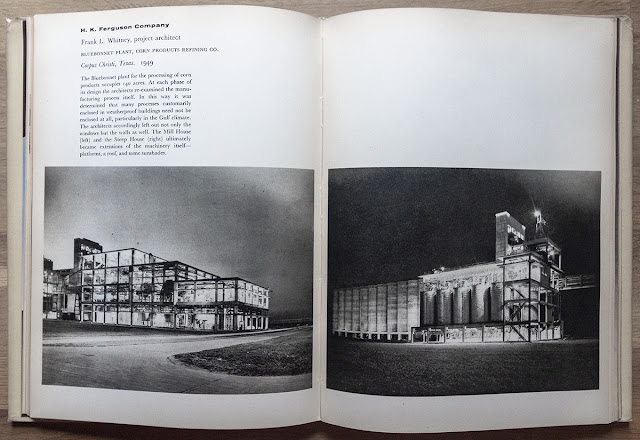 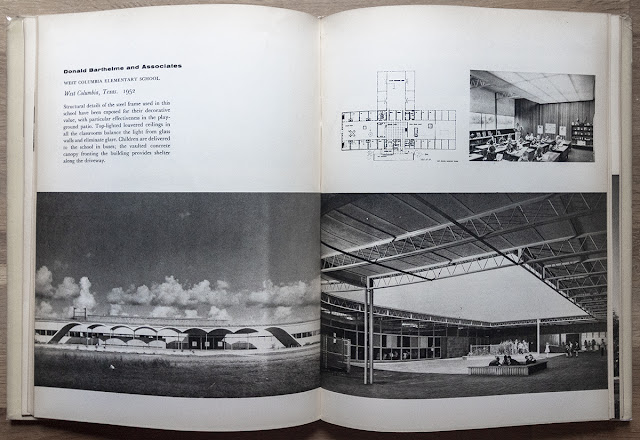 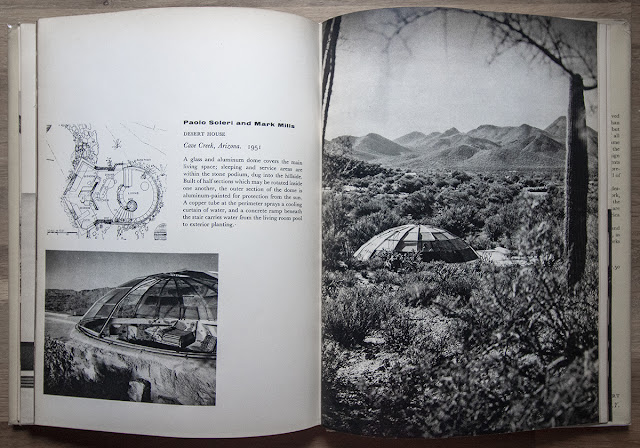 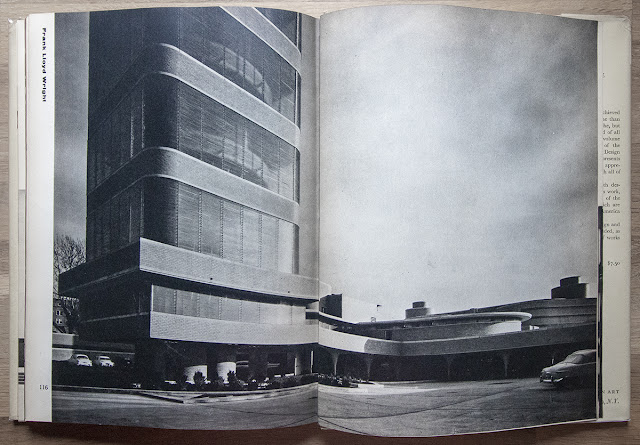