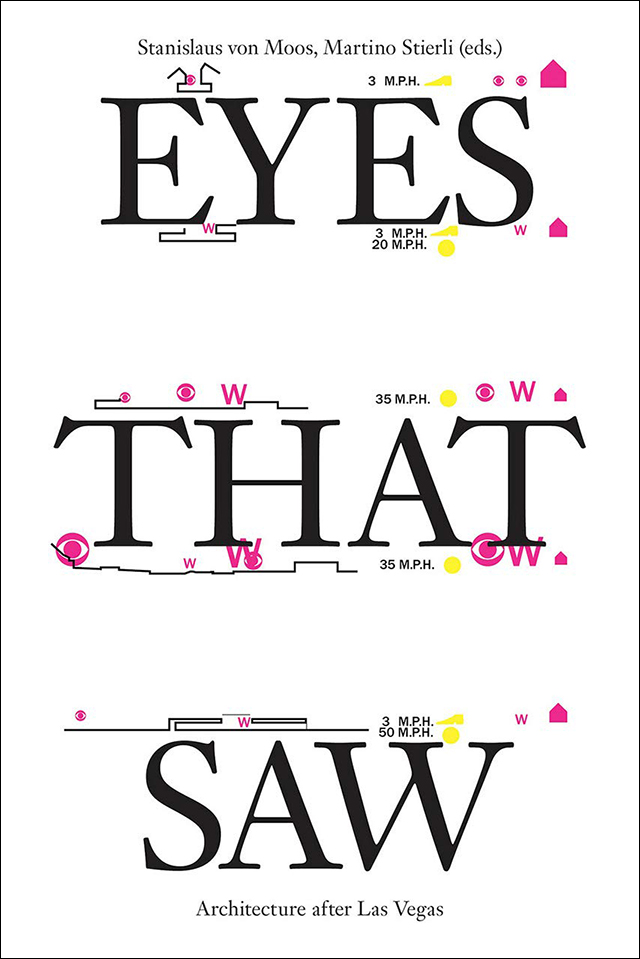 PUBLISHER'S DESCRIPTION:
Published in 1972, Learning from Las Vegas was an almost instant—yet controversial— classic. Born of a design and research studio led by Robert Venturi, Denise Scott Brown, and graduate student Steven Izenour at the Yale School of Architecture in 1968, its exploration of the signs and urban form of Las Vegas revitalized the architecture discourse of the 1970s and a key reference for postmodernism in architecture, urban design, visual art, and history more broadly. It remains influential for architects, urbanists, and design theorists to the present day.
Five decades after the legendary Las Vegas studio, Eyes that Saw: Architecture after Las Vegas offers a richly illustrated collection of essays investigating the significance of the fieldwork that constituted the basis of Learning from Las Vegas from various perspectives. The essays also discuss the great architectural tome’s unique position in a network of social, political, and intellectual forces. Published alongside are documents from the Venturi, Scott Brown and Associates archive, as well as an illustrated chronology of international media following the publication of Learning from Las Vegas. Contributors include architects, artists, and scholars, such as Stan Allen, Eve Blau, Beatriz Colomina, Valéry Didelon, Elizabeth Diller, Peter Fischli, Dan Graham, Neil Levine, Mary McLeod, Rafael Moneo, Stanislaus von Moos, Katherine Smith, Martino Stierli, Karin Theunissen, Robert Venturi, and Denise Scott Brown.
Stanislaus von Moos teaches at the Accademia di architettura in Mendrisio, Switzerland and was the Jean Labatut Visiting Professor at Princeton University in 1997. He has published widely on the history of art and architecture, and is an expert on Le Corbusier’s life and work. Martino Stierli is the MoMA’s Philip Johnson Chief Curator of Architecture and Design.
REFERRAL LINKS:

dDAB COMMENTARY:
In two years Learning from Las Vegas, one of the most influential architecture books of the 20th century, will turn fifty — or 54, or 45, depending on one's leanings. Born from a 1968 architecture studio at Yale headed by Robert Venturi and Denise Scott Brown with student teaching assistant Steven Izenour, the trio's book was released as a large-format hardcover in 1972, and then five years later, in 1977, a revised edition was released as a more affordable paperback. In 2009, the Yale School of Architecture, then under dean Robert A.M. Stern, decided to celebrate (a tad late) the 40th anniversary of the studio with What We Learned: The Yale Las Vegas Studio and the Work of Venturi Scott Brown & Associates, a two-part exhibition that was featured twice (!) in the New York Times. About a month later, in the first month of 2010, Yale hosted the related "Architecture After Las Vegas" symposium, which was organized by Stanislaus von Moos, included a keynote by Robert Venturi and Denise Scott Brown, and brought numerous scholars together to explore the studio and book. This symposium forms the backbone of Eyes That Saw, the new book edited by von Moos with Martino Stierli, who had previously written/co-edited two books on Learning from Las Vegas (LLV).
I first read LLV in undergraduate architecture school, researched the book in some depth for a graduate history class at City College, and then continued my fascination with the book by reviewing Aron Vinegar's I AM A MONUMENT: On Learning from Las Vegas for Architect magazine and devoted one of my "so you want to learn about" posts to LLV. Needless to say, I'm a fan of the book and therefore Eyes That Saw is my kind of book: a book about a book, a book that I know fairly well. Where to start with it? A literal first flip through the book leads directly to the only gatefold in the book, where a timeline of publications related to LLV is located, part of "The Learning from Las Vegas Case (1968-79)," one of two contributions by Valéry Didelon. Following immediately after his essay, "The Revolution is Dead; Long Live the Revolution," Didelon presents a chronology of dozens of publications between March 1968 and 1980, when Kenneth Frampton's Modern Architecture: A Critical History was released. Among other things, the chronology amplifies just how controversial the Yale studio and LLV were even before the book was published in 1972; numerous essays in international architecture magazines and coverage in US newspapers reveal as much.
Eyes That Saw is full of many such dissections of LLV: images and text, most in the form of essays, that hone in on particular facets of the studio, book, or their makers, while also putting them into the social and cultural contexts of the late 1960s and early 1970s. The nearly twenty contributions are partitioned into four chapters: "Timelines and Contexts," where Didelon's contributions are found; "Eyes That Saw," a reference to Le Corbusier's "Eyes That Do Not See" in Vers une architecture; "On Trial: The 'Decorated Shed,'" which is highlighted by von Moos's contribution, "A View from the Gondola;" and "What We Learned," where Scott Brown's and Venturi's contributions, the latter posthumously, are printed. Although the contents of the book are, in essence, ten years old, they are very welcome; I'm glad the symposium's proceedings finally made it into print. LLV is a lasting book whose influence is firmly entrenched in architecture, but the book is open to much more than the usual readings (esp. the Duck vs. the Decorated Shed) to people willing to examine it in detail. Eyes That Saw offers many such provocations.
SPREADS: 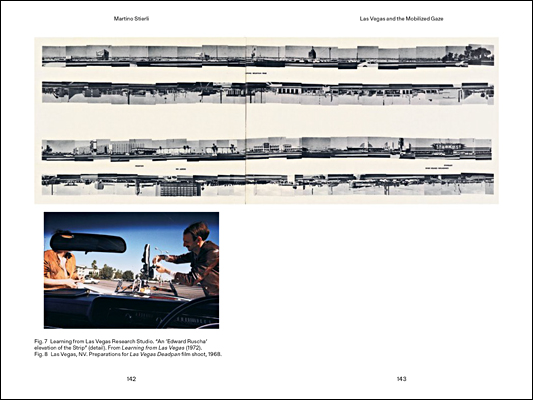 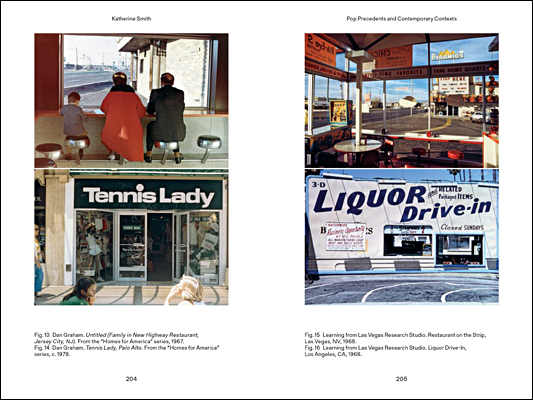 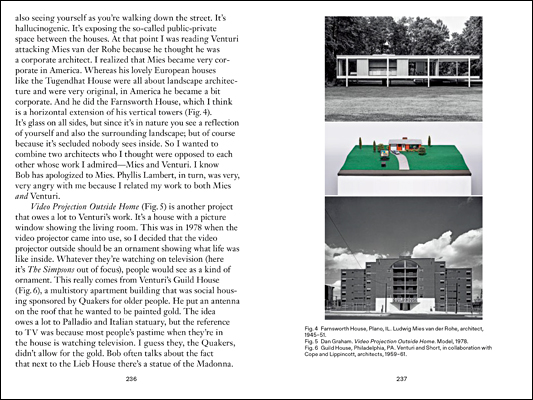 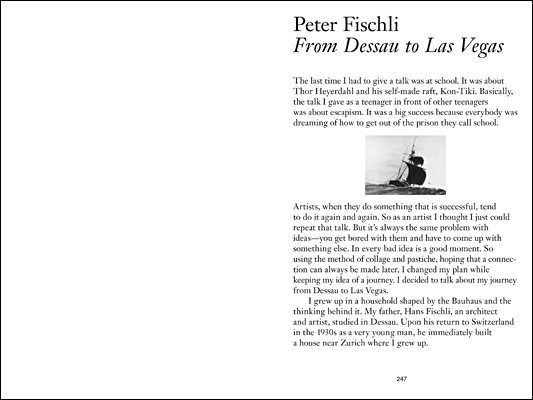