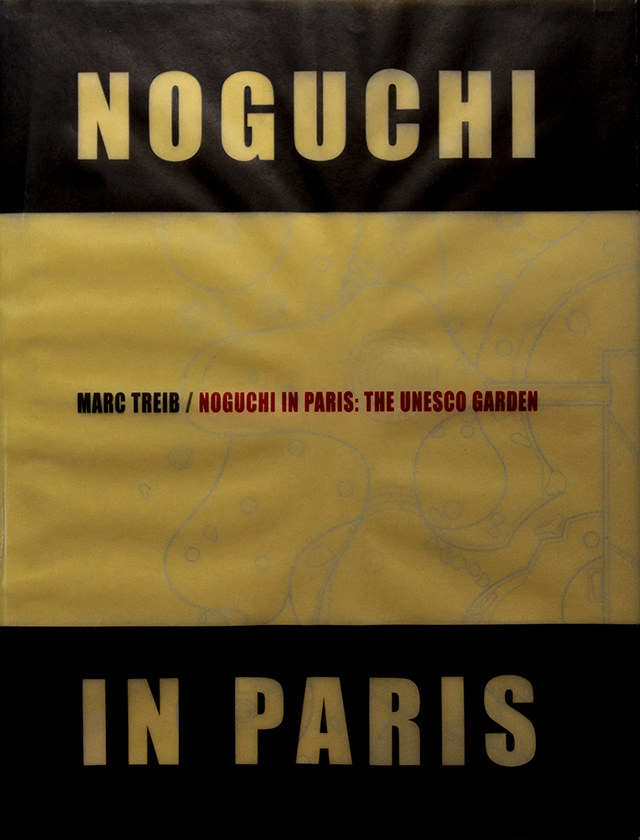 PUBLISHER'S DESCRIPTION:
The garden for the UNESCO House in Paris marks a pivotal point in Noguchi's evolution as an environmental artist. Here he defines his vision of space rather than form as the essence of design. This is the first book to present an in-depth study of this important garden.
Marc Treib is professor of architecture emeritus at the University of California, Berkeley, and a noted landscape and architectural historian and critic.
REFERRAL LINKS:

dDAB COMMENTARY:
This last Monday I featured the revised edition of Christian Tschumi's monograph on Japanese garden designer Mirei Shigemori. A few years ago I was fortunate enough to come across and buy the first edition when I was writing 100 Years, 100 Landscape Designs, which includes Shigemori's Tōfuku-ji Temple Hondo Garden from 1939. Also in my book is Isamu Noguchi's UNESCO Garden, completed in Paris in 1958. The link between the two gardens is Shigemori, who met Noguchi in Japan in April 1957, showed the Japanese-American artist some of his gardens, and worked with him on the stone settings for the UNESCO commission. Tschumi described this experience as "one of the more important events" in Shigemori's life. Unfortunately, given Shigemori's fear of flying, he was never able to see in person the outcome of their sole collaboration.
Marc Treib also recounts the collaboration of Noguchi and Shigemori in Noguchi in Paris, the excellent case study on the UNESCO Garden that I was also fortunate enough to come across during the research stage of my book. Their relationship is significant enough that Treib includes some photos of Shigemori's gardens in Kyoto (third and fourth spreads below) alongside the many photos of UNESCO. If any landscape historian should tell the story of the UNESCO Garden and detail the relationship between the two figures it's Treib, who also wrote A Guide to the Gardens of Kyoto, which was published in its third edition last year. The author discusses their collaboration mainly in the chapter of Noguchi in Paris titled "Japanese, Modern—Both, Neither." One may look at the lower garden of UNESCO (Noguchi's design is split into two levels: the upper Delegates' Terrace and lower garden) and consider it a Japanese garden, but the artist is quoted as saying it is "a somewhat Japanese garden," somewhat being the important word. Like the artist, who was born in California to a Japanese father and American mother, the lower garden bridges East and West, thanks in part to Shigemori's influence.
Treib's book is considerably more than the relationship between Noguchi and Shigemori. It also describes the role of Tuoemon Sanô, a more traditional Japanese gardener than Shigemori, but the one who was responsible for its realization; in turn, he and Noguchi had "almost daily conflicts" per the gardener. Additionally, Treib traces Noguchi's design process in some detail, while also situating the design in the the artist's career as part of "a trajectory with works that increasingly featured space as their central concern." This is an excellent book on an important landscape, one I was able to visit as a student of architecture a few decades ago but would love to return to now, after learning so much about it.
SPREADS: 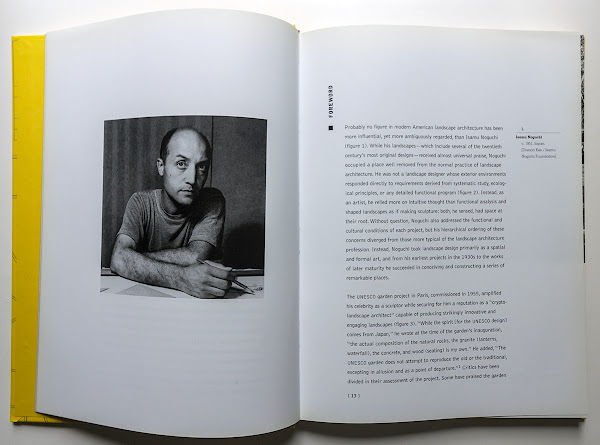 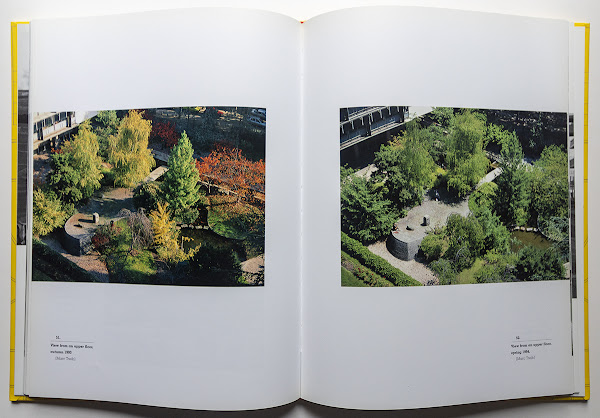 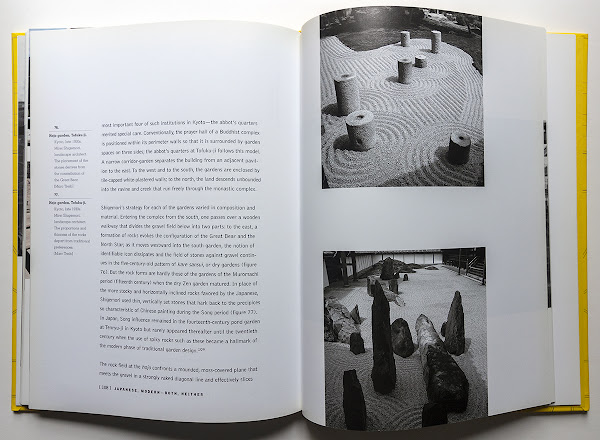 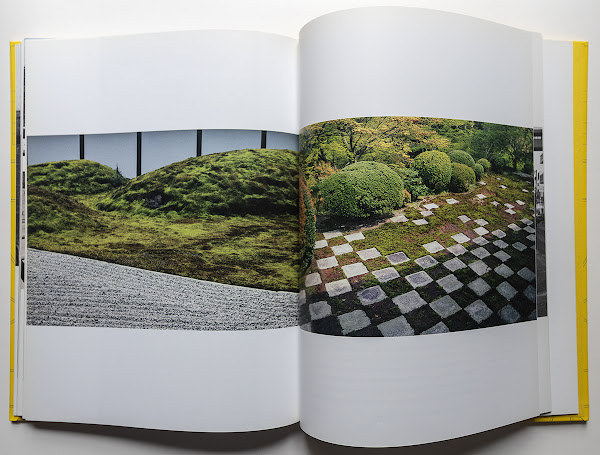