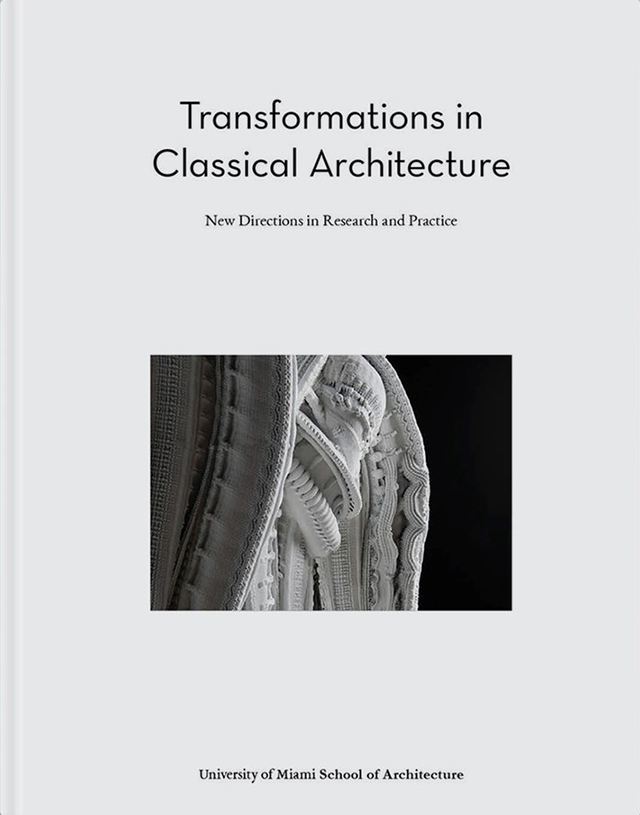 PUBLISHER'S DESCRIPTION:
A quiet revolution is unfolding in the realm of classical architecture today, as the environmental, technological, and economic demands of contemporary practice require levels of efficiency that were never previously expected. This new wave of modern classicism reflects a progressive approach, addressing the pressing needs of the present and future fabric of our cities, towns and landscapes. This book examines how classical - and traditional - architecture can evolve in relation to new paradigms of research and practice (digital media and fabrication, sustainability, ecology, and emerging economies).
Based on recent work by leading figures associated with the University of Miami School of Architecture, and a series of design studios at the university (the William H. Harrison Visiting Critics in Classical Architecture), the book redefines the new classical discourse in terms of popular, professional, and academic appeal.
Victor Deupi is a Lecturer at the University of Miami School of Architecture where he teaches history and theory, design, and representation. The principal focus of his research is on the art and architecture of the Early Modern Ibero-American world, and mid-20th-century Cuba.
REFERRAL LINKS:

dDAB COMMENTARY:
A couple days ago I reviewed a monograph on Japanese garden designer Mirei Shigemori, referring to his designs as "simultaneously traditional and modern." His syntheses of traditional design elements and his own formal creations born from Western influences offered a way forward in the middle of last century, by neither abandoning the past in favor of modernity nor ignoring modern influences for solely reactionary forms, as others did at those ends of the spectrum. This monograph comes to mind in the context of Transformations in Classical Architecture because, from as early as the introduction by Victor Deupi, it's clear a similar approach is preferred by the architects and educators assembled in the latter book, all of them linked in some way with the University of Miami, whose School of Architecture, headed by Rodolphe el-Khoury, is one of the few in the United States that teaches classical and traditional architecture. One look at the School of Architecture's facilities — where a glass and concrete studio building designed by Arquitectonica faces the neo-traditional, white stucco architecture center designed by Leon Krier — reveals how deeply the fusion of traditional and modern thinking and form-making permeates the school's pedagogy.
The educational component of Transformations in Classical Architecture comes in the form of student projects in the William H. Harrison Studio at the University of Miami, named for the architect whose eponymous firm "specializes in high-end residential architecture, interior design and landscape architecture" and designs "from traditional to modern ... the full spectrum of scale and style." Student projects exploring "transect studies," "the territory between ornament and structures," and "classicism in civic architecture" sit alongside completed and ongoing buildings (plus a few landscapes) designed by practitioners who embrace the idea of classicism as a living tradition. This phrase, "living tradition," is one tie between the teaching of the Harrison studio and the professional work. It is also more accurate in regards to what architects working in traditional styles do, counter to the us-versus-them battles that rear their ugly heads when, for instance, a leaked draft of an executive order demanding classicism as the default style for US federal building mounts classical architecture as a political maneuver rather than as a tradition that evolves over time.
Looking at the dozens of projects presented in eight thematic chapters — tackling everything from representation and sustainability to digital technologies and the scientific method — reveals a diversity of forms and styles, few of them immediately sparking dismissive thoughts of "well, this is just too reactionary." While there are some nice surprises such as the Brillhart Residence, which fuses a glass box with vernacular features, probably my least favorite projects throughout the book are the high-end residences that echo Deupi's words in the introduction about classical architecture serving as "an elite academic discipline that primarily informs high-end architectural projects and preservation efforts around the world." Therein lies the importance, not only in teaching classical architecture as a living tradition, but in putting student designs alongside the work of practicing architects; limiting it to the latter would have led to the word "transformations" being omitted from this book and its provocative grab bag of 21st-century classicism.
SPREADS: 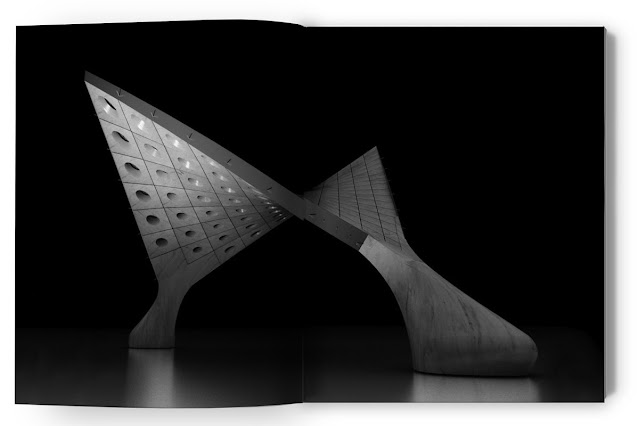 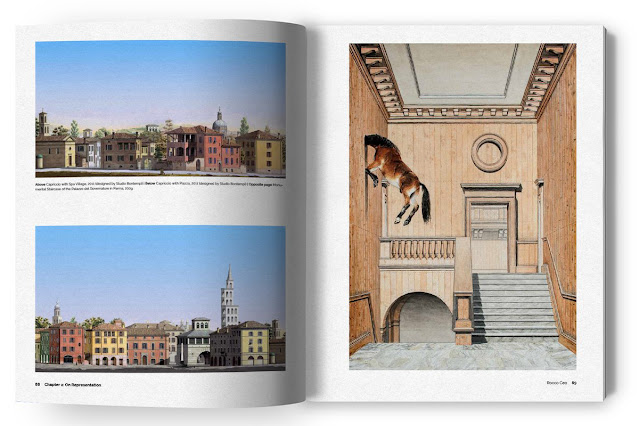 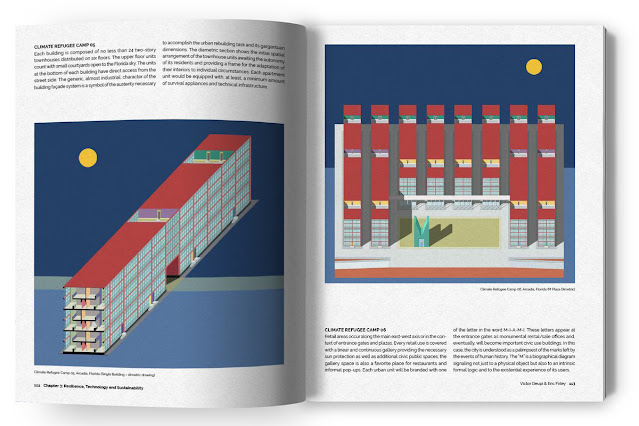 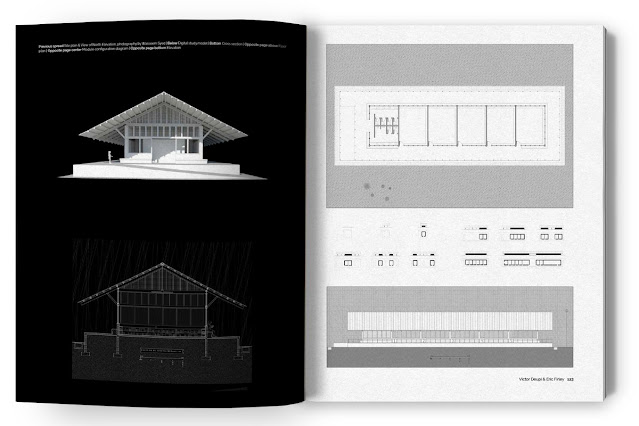