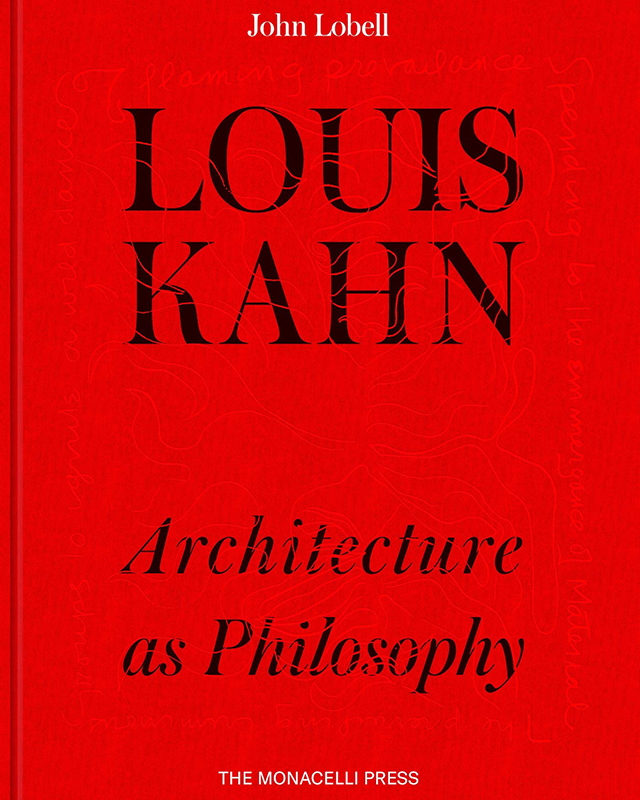 PUBLISHER'S DESCRIPTION:
Louis I. Kahn is one of the most influential and poetic architects of the twentieth century, a figure whose appeal extends beyond the realm of specialists. In this book, noted Kahn expert John Lobell explores how Kahn’s focus on structure, respect for materials, clarity of program, and reverence for details come together to manifest an overall philosophy. Kahn’s work clearly conveys a kind of “transcendent rootedness”–a rootedness in the fundamentals of architecture that also asks soaring questions about our experience of light and space, and even how we fit into the world. In Louis Kahn: The Philosophy of Architecture [sic], John Lobell seeks to reveal how Kahn’s buildings speak to grand humanistic concerns.
Through examinations of five of Kahn’s great buildings–the Richards Medical Research Building in Philadelphia; the Salk Institute for Biological Studies in La Jolla; the Phillips Exeter Academy Library in New Hampshire; the Kimbell Art Museum in Fort Worth; and the Yale Center for British Art in New Haven–Lobell presents a clear but detailed look at how the way these buildings are put together presents Kahn’s philosophy, including how Kahn wishes us to experience them. An architecture book that touches on topics that addresses the universal human interests of consciousness and creativity, Louis Kahn: The Philosophy of Architecture [sic] helps us understand our place and the nature of well-being in the built environment.
John Lobell is a researcher, instructor, and lecturer on the subjects of architecture, creativity, and consciousness. A professor of architecture at Pratt Institute, Brooklyn, since 1980, he has lectured widely and is the author of numerous articles. He has studied and worked with major creative and cultural figures of the twentieth century...
REFERRAL LINKS:

dDAB COMMENTARY:
Between Silence and Light is one of the most popular books on the architecture of Louis I. Kahn. Subtitled Spirit in the Architecture of Louis I. Kahn, about half of the 1979 book is comprised of spreads with an image on the right page and words from Kahn on the page opposite. The first are often photos, drawings, or models of Kahn's own buildings, but sometimes they are ancient buildings or even natural landforms. The second, Kahn's words, are brief, ranging from a few lines to a few paragraphs. Written by architect John Lobell, the book also includes his thoughts on Kahn's "architecture as spirit" and a presentation of some of Kahn's buildings, such as the Salk Institute that sits on the book's cover. Forty years later Lobell — still teaching at Pratt Institute in Brooklyn and still enamored with Kahn — has expounded upon his first book with Architecture as Philosophy, which consists of deeper analytical dives into a handful of Kahn's masterpieces but treads familiar territory.
Writing about the architecture of Louis I. Kahn in terms of spirit, philosophy, meaning, and other intangibles can be seen to arise from Kahn himself, who recited terse statements about "Light, the giver of presence" and asked a brick what it wanted to become. But for Lobell it is also aligned with his own background, which involved architecture school at the University of Pennsylvania, where Kahn taught, as well as studies centered on the Tao Te Ching, Tai Chi, and Buddhism. Although you won't find the latter listed on his CV, Lobell admits as much in the preface to his new book, in essence arguing that he is attuned to Kahn's enigmatic platitudes. At the root of Kahn's philosophy, as filtered through Lobell, is Order. (Lobell likes to capitalize Order, Form, Design, Measurable, Unmeasurable, and other words, though I'm not sure if they were capitalized by Kahn as well.) Order is "the principle behind all things," in Lobell's words, encompassing "Silence, the realm of potential, and Light, the realm of realization." Familiar ground, as I noted, at least for those who already own Between Silence and Light.
What takes Lobell's new book beyond his first one are the analyses of five buildings: Richards Medical Research Building, Salk Institute for Biological Studies, Phillips Exeter Academy Library, Kimbell Art Museum, and Yale Center for British Art. These are five of the most important buildings from the 20th century, and I can't imagine any architect who wouldn't want to learn more about them. For each building, Lobell's analysis is structured to examine a baker's dozen of characteristics, such as form, plan, structure, mechanical, materials, light, and philosophy. For the Yale Center for British Art — considered Kahn's last building and important for me, since it was the last Kahn building I've been fortunate enough to see in person — the author finds "a bridge, not just from the present to the past, but also from the present to Beginnings... an ancestral home to view the art of our Beginnings." Such statements are illuminating, but I think most people will appreciate this book for the drawings that clearly illustrate the architectural, structural, and mechanical characteristics of the five buildings. Accordingly, the book is perfect for students of architecture, who should find Kahn a refreshing antidote to the formal excesses of the 21st century.
SPREADS: 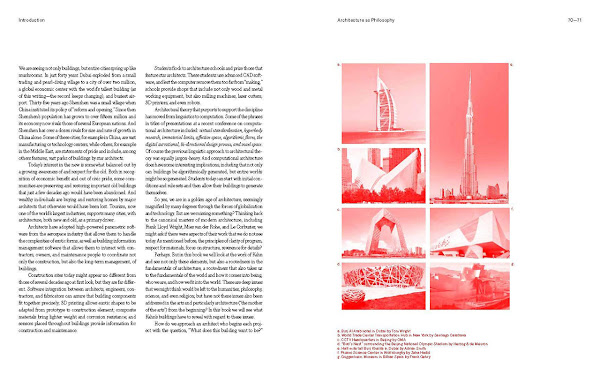 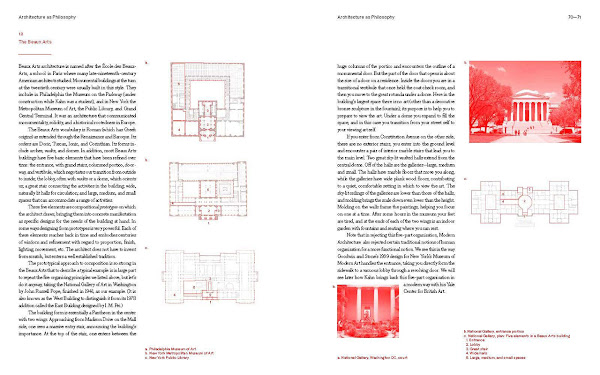 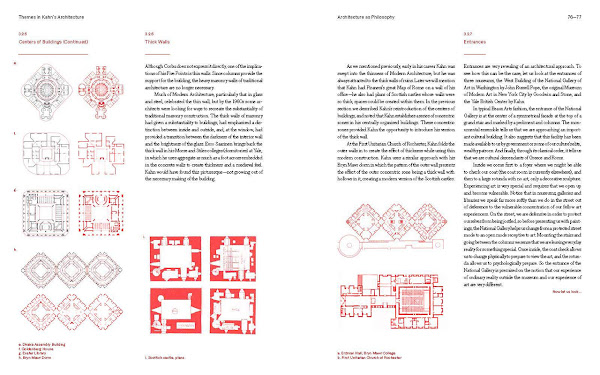 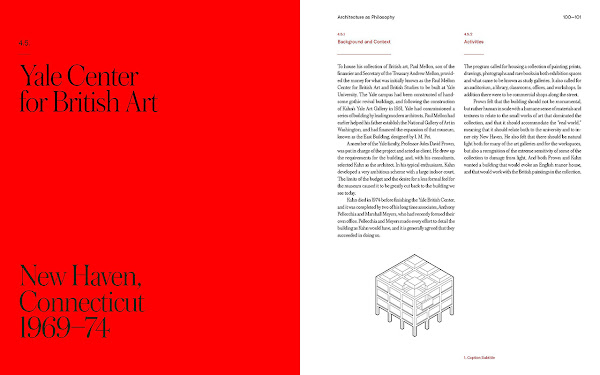