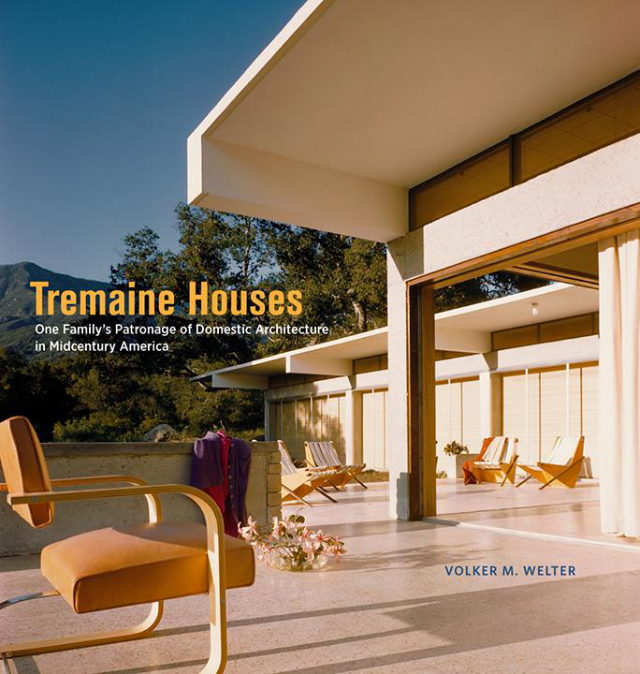 PUBLISHER'S DESCRIPTION:
From the late 1930s to the early 1970s, two brothers, Burton G. Tremaine and Warren D. Tremaine, and their respective wives, Emily Hall Tremaine and Katharine Williams Tremaine, commissioned approximately thirty architecture and design projects. Richard Neutra and Oscar Niemeyer designed the best-known Tremaine houses; Philip Johnson and Frank Lloyd Wright also created designs and buildings for the family that achieved iconic status in the modern movement.
Focusing on the Tremaines’ houses and other projects, such as a visitor center at the meteor crater in Arizona, this volume explores the Tremaines’ architectural patronage in terms of the family’s motivations and values, exposing patterns in what may appear as an eclectic collection of modern architecture. Architectural historian Volker M. Welter argues that the Tremaines’ patronage was not driven by any single factor; rather, it stemmed from a network of motives comprising the clients’ practical requirements, their private and public lives, and their ideas about architecture and art.
Volker M. Welter is a professor in the Department of the History of Art and Architecture at the University of California, Santa Barbara.
REFERRAL LINKS:

dDAB COMMENTARY:
Architecture books about clients rather than architects are a rarity. The only ones that come to mind are Alice T. Friedman's Women and the Making of the Modern House, which "investigates how women patrons of architecture were essential catalysts for innovation in domestic architectural design"; Peter Eisenman's House VI: The Client's Response, in which Suzanne Frank, who commissioned the house with her husband, describes what it's like to live in such a challenging design; and Visionary Clients for New Architecture, which highlights the clients behind a number of iconic buildings done at the end of last century (Guggenheim Bilbao, Vitra campus, Hayden Tract). Treating architecture from the perspective of the client is a hole that certainly should be filled and Tremaine Houses is one commendable addition to this small architecture-book niche.
I'll admit to not being familiar with the name Tremaine before receiving this book, but the names of the architects the members of the family hired between 1936 and 1973 is a who's who of American modernism. A helpful appendix lists twenty architects and designers who worked for the Tremaines on a total of 33 projects, most notably Philip Johnson, Richard Neutra, Oscar Niemeyer, and Frank Lloyd Wright. Neutra's house for Warren and Katharine Tremaine, which graces the cover and was in MoMA's Built in USA: Post-war Architecture, is probably the most well known of the family's projects, but it's the presence of Niemeyer on this list that draws the biggest question mark. Niemyer built a house for the Tremaines? Really? Well, no; he designed a house for Burton and Emily Tremaine, complete with landscaping by Roberto Burle Marx, but unfortunately it was never built. Nevertheless, it was an important project that Volker M. Welter devotes one of his book's seven chapters to; another is given over entirely to the Neutra house.
The chapter "Painting toward Postwar Architecture, 1948-49," though, is what drew my attention the most. The name refers to the traveling exhibition, Painting Toward Architecture: The Miller Company Collection of Abstract Art, which ran from 1947 to 1952, was curated by Emily Tremaine and Henry-Russell Hitchcock, and was made into a book of the same name in 1948. The Miller Company, a business of the Tremaine family, was involved with lighting for offices, so the exhibition focused on collaborations between art and architecture with an eye to lighting and influencing the image of corporate America while making money from it. With the Tremaines, notably Emily and her husband, realizing the importance of their patronage at the time, they embarked on other exhibitions, including From Le Corbusier to Niemeyer, 1929-1949 at MoMA, which gave a second life to Niemeyer's unbuilt design for them. Projects by Johnson and others follow, but it's the chapters on Neutra and Niemeyer that make up the heart of the book. People interested in these architects — and the family that hired them — should appreciate Welter's thoroughly researched book.
SPREADS: 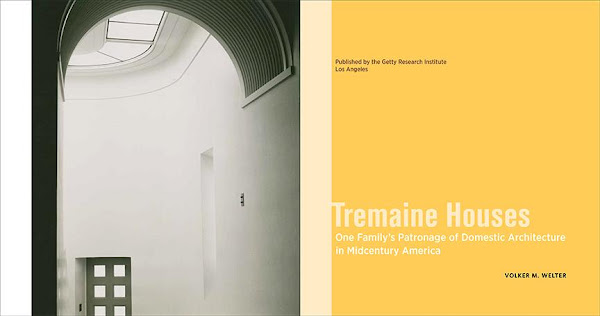 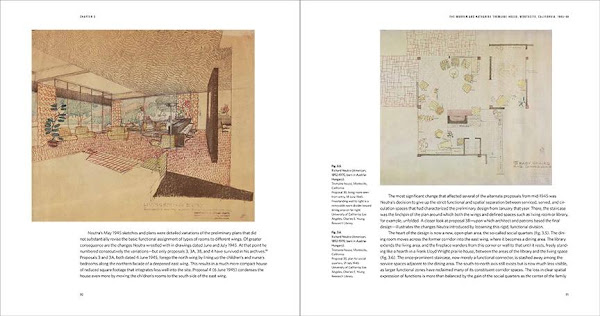 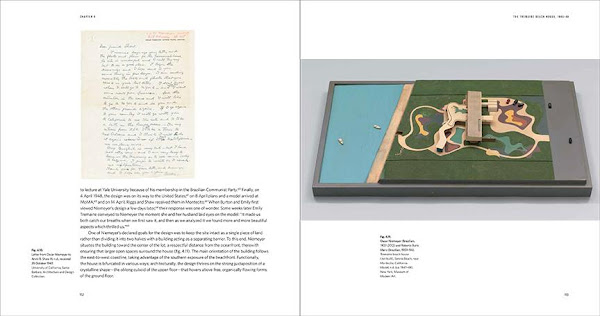 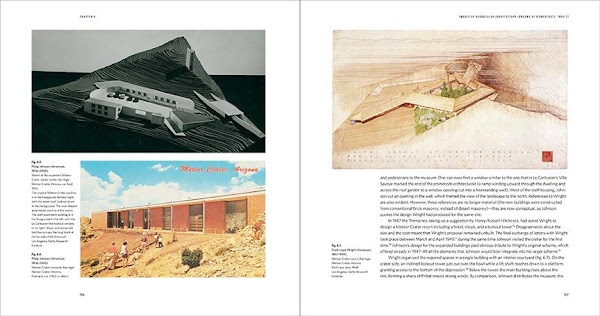