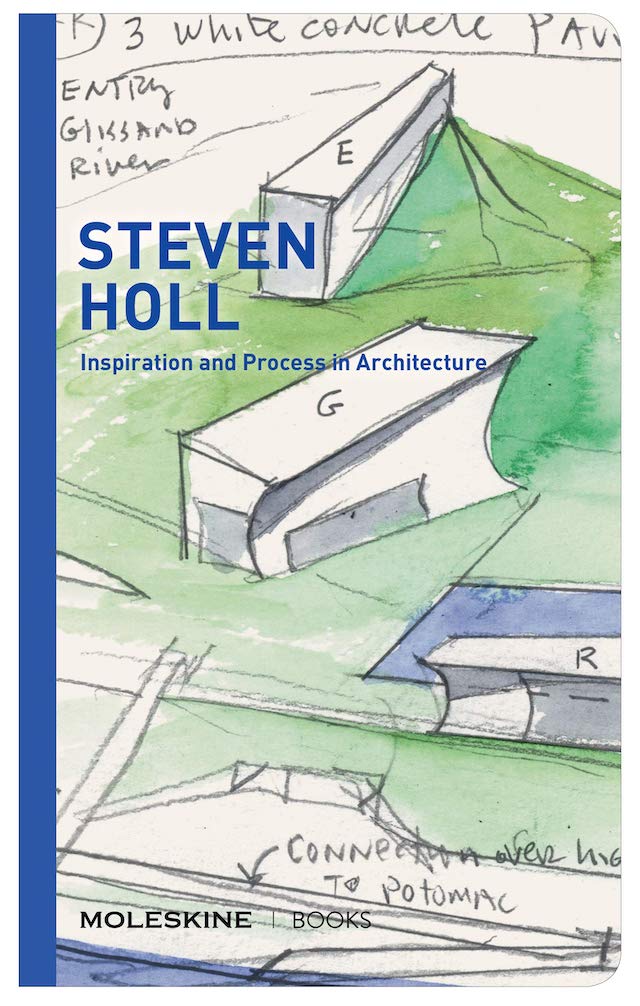 PUBLISHER'S DESCRIPTION:
Internationally recognized for his ability to blend space and light with great contextual sensitivity, architect Steven Holl achieves his award-winning designs by beginning each commission with a small watercolor exploring light, color, and form. Paintings help Holl create a concept-driven design that showcases the unique qualities of each project. This collection of watercolors, which are works of art themselves, includes his most recent projects, from the JFK Center for the Performing Arts expansion and Hunters Point Public Library to University College Dublin.
Steven Holl established Steven Holl Architects in New York City in 1977. Considered one of the most influential practitioners of his generation, Holl received the Cooper Hewitt, Smithsonian Design Museum's National Design Award in Architecture in 2002. A year earlier, Time declared him America's Best Architect for "buildings that satisfy the spirit as well as the eye." He is a professor of architecture at Columbia University. His most recent book is Compression.
REFERRAL LINKS:

dDAB COMMENTARY:
The latest "inspiration and process in architecture" notebook from Moleskine is devoted to Steven Holl, who is famous for his daily watercolors collected in hundreds of spiral-bound notebooks, all five by seven inches. A selection of his watercolors were collected at 1:1 scale in two books published by Lars Müller: Scale, in 2012, and Written in Water, in 2002. The earlier book provides a short introductory text for the new Moleskine notebook, which collects watercolor drawings from fifteen projects designed by Steven Holl Architects: a greatest hits collection that ranges from the Chapel of St. Ignatius, completed in 1997, to the just-opened Kinder Building at MFAH and a few in-progress projects.
The projects in Inspiration and Process in Architecture are presented in a consistent and straightforward manner, with one page of descriptive text, a few pages of watercolors, sometimes a drawing (usually a floor plan), and at least one short poem. The last often float on the page opposite a watercolor that is more intuitive than architectural; their relationship to the completed building is only known fully to the man who created them. Here the poetic words (e.g., "Meet the belly king... Fling that shadow pit... Sing solid air... Scrubbing the wet raw oyster") and daily watercolors reinforce the image of the architect as a lone creator, an artist more than a technician or a service provider. Of course, the project credits at the back of the book, where the architects in Holl's office and engineers and other consultants merge into long lists of names, shatters any myths readers may still hold about architects.
Given that there are only a few photographs of the completed buildings, this notebook does not come close to fully explaining the projects that come out of Holl's office. One would need to look at Compression and his earlier monographs to understand context, construction, and other qualities that fall well outside the borders of the watercolor paper; here, it's all about intention. So this notebook is for fans of Holl who already know his buildings, like his watercolors, and want to see more of them, more than what are found in his monographs. And who knows, maybe the watercolors will instill an appreciation of the media in young architects, who are more comfortable with bits and bytes than brushes and water.
SPREADS: 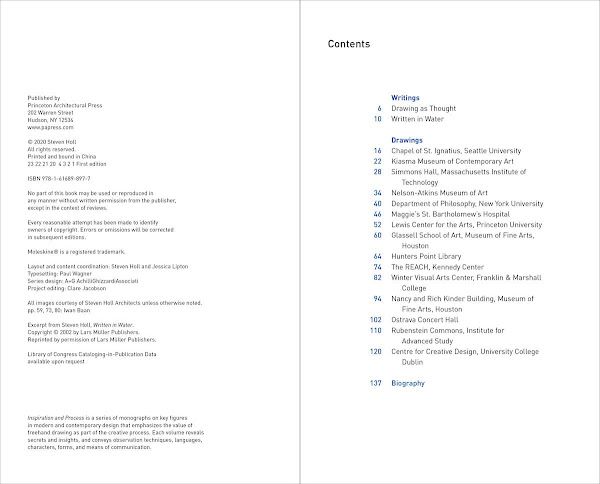 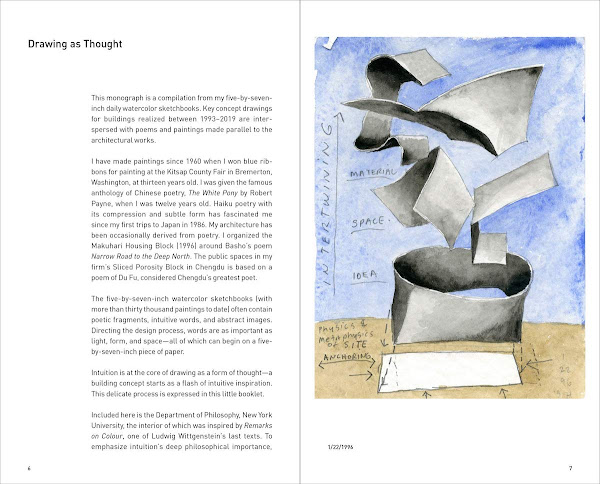 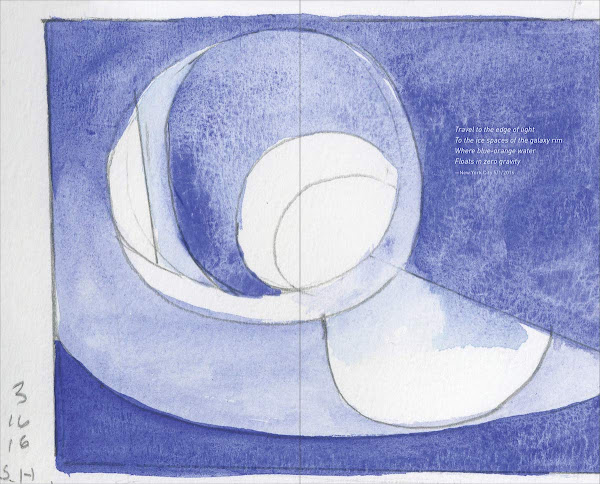 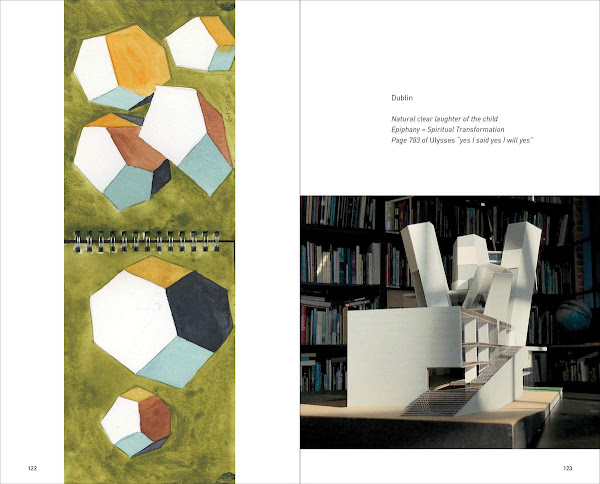 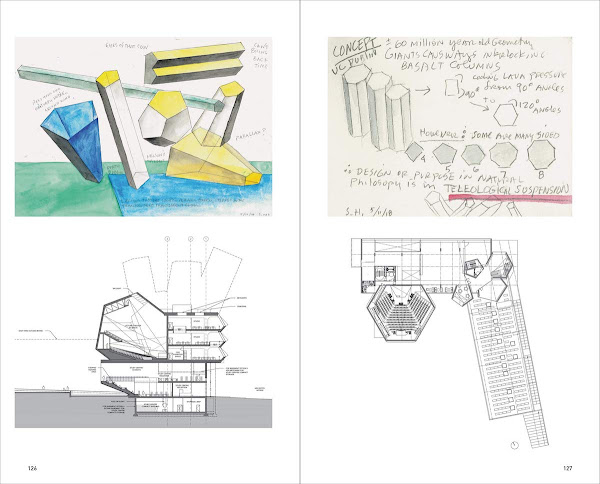