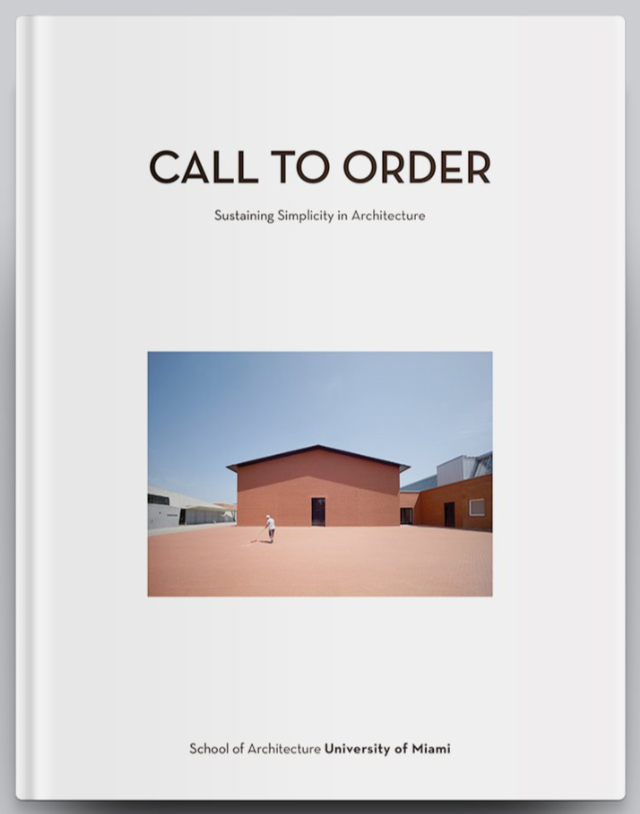 PUBLISHER'S DESCRIPTION:
CALL TO ORDER, the first in a series of books to be produced by the University of Miami School of Architecture, is inspired by rappel l’ordre, the post WWI, European, art movement that rejected the extreme tenants of the avant garde and its praise of machinery, violence and war, in favor of  a renewed interest in tradition.
CALL TO ORDER suggests a re-grouping and a re-grounding upon the foundations of the discipline and examines an international group of architects who are ostensibly rehearsing the ethos of the Neo-rationalist movement when architects and thinkers converged in their resistance to what they saw as an erosion of the discipline by behaviorism and the social sciences.
CALL TO ORDER frames and examines similar resistant practices in the contemporary architectural scene and in the context of a long historical trajectory to tease out and articulate a cultural project that is relevant to the ongoing architectural debate.
REFERRAL LINKS:

dDAB COMMENTARY:
As one of his first tasks upon taking the helm of the University of Miami School of Architecture (U-SoA) in 2014, Rodolphe el‐Khoury developed the Tecnoglass Lecture Series, "a year-long program of lectures, interviews, and symposia focused on a theme that is of particular relevance to U-SoA." The first year's program carried the theme "Call to Order," described above as a "a re-grouping and a re-grounding upon the foundations of the discipline [by] an international group of architects who are ostensibly rehearsing the ethos of the Neo-rationalist movement..." The cover depicts Herzog & de Meuron's Schaudepot on the Vitra campus, which was completed in 2016, or roughly halfway between the first program and its eventual publication in book form. The simple gable form, echoed in the interior views on the end papers (first spread below), hints at the contents embracing an architecture of sparse elemental forms that meld the traditional and the modern.
Call to Order is a thick book with a white cover that is similar in size, heft, and appearance to Transformations in Classical Architecture, another book from U-SoA and Oscar Riera Ojeda Publishers. As such, it appears that a series of U-SoA books is in the works, meaning we may see books on housing, water, and other themes explored in the annual lecture series. This one starts and ends with contributions from the school. Following a preface by el‐Khoury and an introduction by the book's editor, Carie Penabad, are essays by Jean François Lejeune, Estevan Salcedo, Katherine Wheeler, Steven Fett and Edgar Sarli (they curated the exhibition accompanying the lecture series), and Adib Cúre — all professors at U-SoA. At the end are interviews conducted by Penabad and el-Khoury with Matteo Ghidoni of San Rocco and Nader Tehrani of NADAA, respectively; those are followed by a brief excerpt from the Young Architects Symposium held in January 2015 and a postscript by Elizabeth Plater-Zyberk.
Since the book does not include transcripts of the lectures, which featured Ghidoni and Tehrani as well as Sharon Johnston, Pier Vittorio Aureli, and Mauricio Pezo and Sofia von Ellrichshausen, among others, the bulk of the book are projects. Nearly 340 pages between the U-SoA contributions are given over to dozens of projects by more than 20 architecture studios. With Johnston Marklee, Sergison Bates Architects, Caruso St. John Architects, Pezo von Ellrichshausen, MOS, and others, the presentation of buildings and proposals derived from the exhibition is clearly aligned with the "ethos of the Neo-rationalist movement." Even though it is now six years since the "Call to Order" lecture series, the ideas explored by the "uneasy alliance of individuals," as curators Fett and Sarli call them, are still resonating in academia and the profession. Although there might be other books that capture this moment, when the inspirations of architects in Europe and the Americas shifted from Modernism to Neo-rationalism, Call to Order is a commendable collection that fans of the Schaudepot and other complementary contemporary buildings will appreciate.
SPREADS: 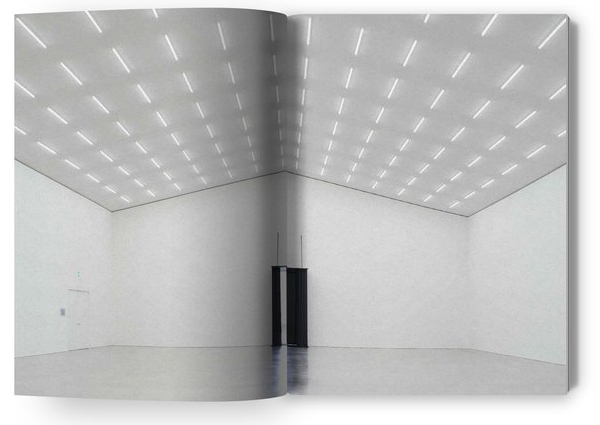 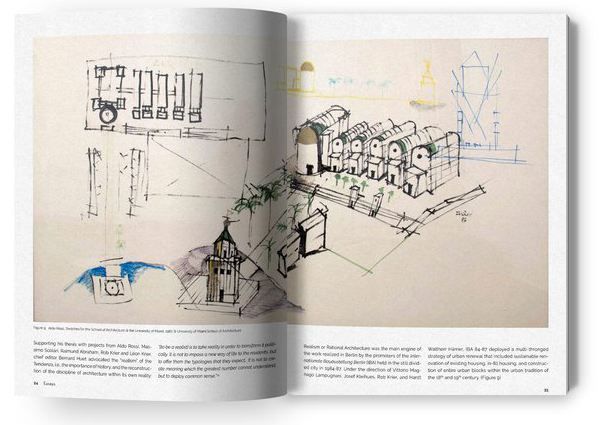 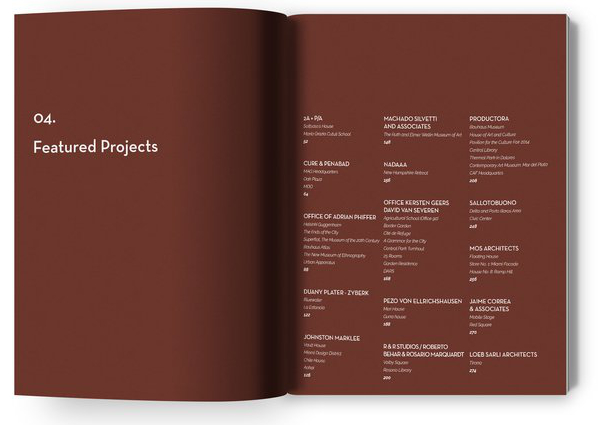 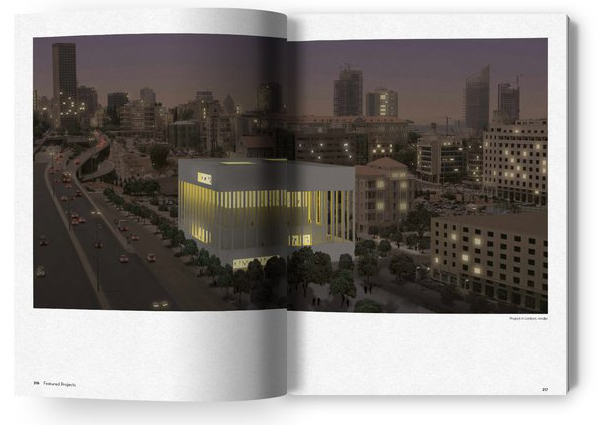 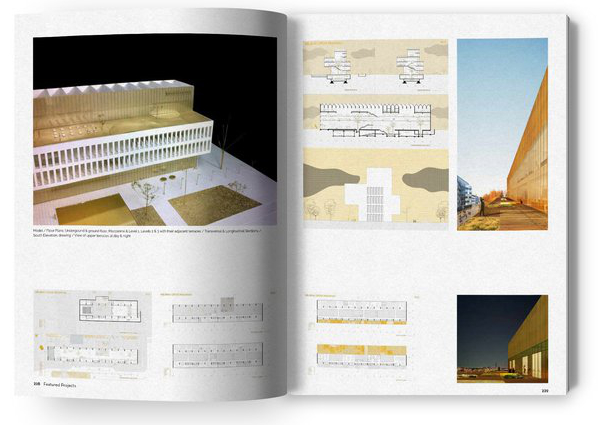