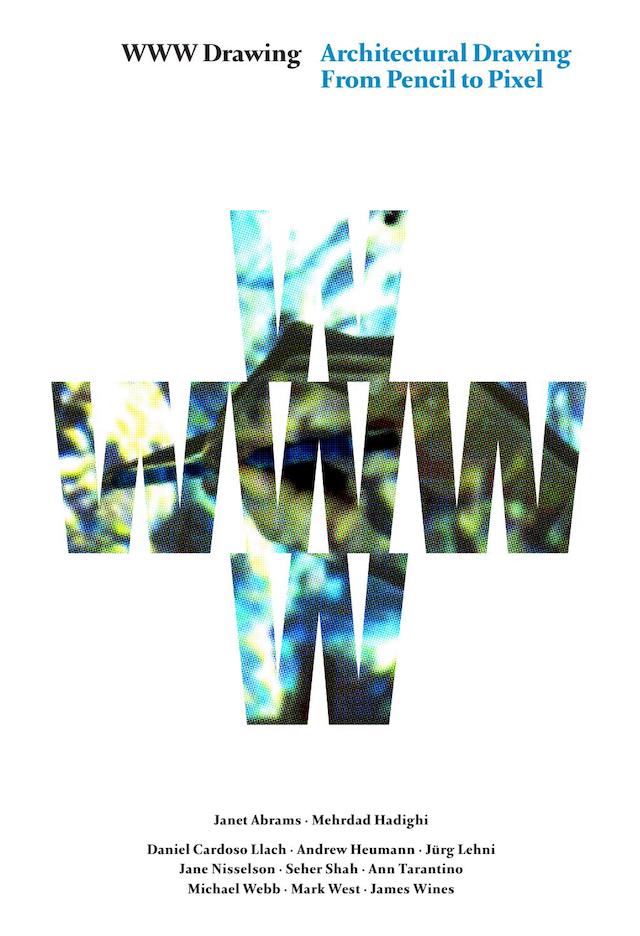 PUBLISHER'S DESCRIPTION:
WWW Drawing explores architectural drawing in relation to technique and technology.  What is the role of drawing for architecture, in a digital age? Articles have been written about the implicit value of hand drawing in comparison to computer-generated drawing; conferences and symposia on drawing have been held, even asking if drawing is dead!
WWW Drawing—a project of Pennsylvania State University’s Department of Architecture—explored the issues through events including a giant-scale drawing workshop and a symposium held at the Drawing Center, New York. WWW refers both to the World Wide Web, and the Three Ws: architects Michael Webb, Mark West and James Wines, who reflect on their individual approaches to hand drawing in this volume. Artists and architects of a younger generation — Daniel Cardoso Llach, Andrew Heumann, Jürg Lehni, Jane Nisselson, Seher Shah and Ann Tarantino — address various aspects of architectural drawing, both analog and digital.
Together, their research and creative explorations — into contrasting ideologies of early computer-aided design; technology as expressive vocabulary; and drawing as live performance, whether done by hand or robotic drawing machines — cast architectural drawing in a fresh light.
Janet Abrams is an artist, writer and editor, and Visiting Associate Professor in the School of Architecture + Planning at the University of New Mexico, Albuquerque. Mehrdad Hadighi is Professor and Head of the Department of Architecture at Pennsylvania State University and Stuckeman Chair of Integrative Design.
REFERRAL LINKS:

dDAB COMMENTARY:
At the end of WWW Drawing, in the transcript to a symposium held at The Drawing Center in New York City in May 2013, architect James Wines says, "I've been through about six generations of gee-whiz-tech and, until the hair on the back of my neck stands up, there's no idea." While this may sound like the architect known for BEST Showrooms, the Highrise of Homes, and other SITE projects is promoting hand-drawing over "gee-whiz-tech," he goes on to explain that both drawing by hand on drawing on computers "are very useful. You've got to be able to do everything."
Wines is one of the three W's in WWW Drawing. He is accompanied by Michael Webb of Archigram fame and the lesser known Mark West, who last year exhibited some interesting drawings and constructions at UQAM Centre of Design in Montreal. The three artistically minded architects were brought together by Mehrdad Hadighi and Janet Abrams for a workshop held at Pennsylvania State University's Department of Architecture in March 2013. The students produced huge collaborative drawings that are documented in this book as well as in a short film posted to Vimeo.
The trilogy of W's extends to how each segment of the workshop transpired and to how the book — published seven years after the workshop — is structured. Each segment of the workshop took over a single space at the Stuckeman School of Architecture, which helped determine what surfaces the students drew upon. The stepped space was ideal for the exquisite corpse format proffered by Webb; West had his students trace projected images on the wall; and Wines put the students on the floor, having them peer at the drawing from the mezzanine to see its evolution.
The workshop drawings are presented in the middle of the section of the book, mainly through images taken from the video linked above. They fall between the image-heavy contributions from the three W's at the start of the book, and short contributions from the presenters at the symposium, who are listed above in the publisher's description. For such a slim book, there's a lot packed into it, much of which will be of interest to people who did not participate in the workshop or symposium. Even nearly eight years after Wines spoke those words above, architects are still trying to discover ways of balancing hand drawing and digital methods, of figuring out how "to do everything." This book charts a few potential paths.
SPREADS: 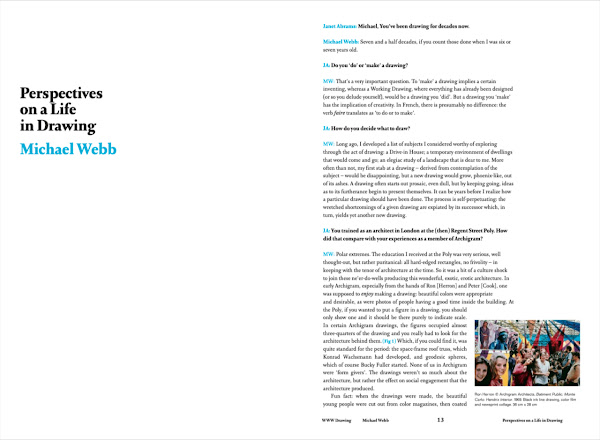 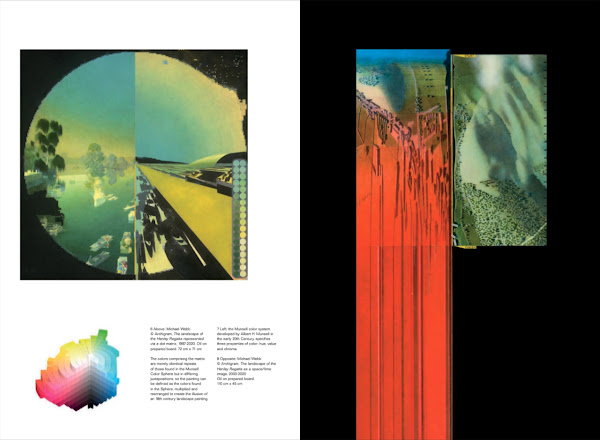 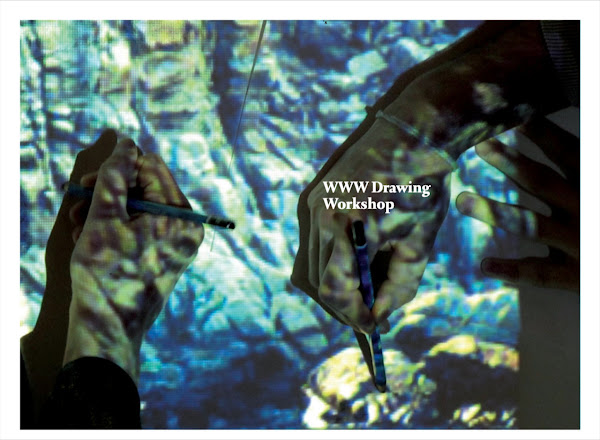 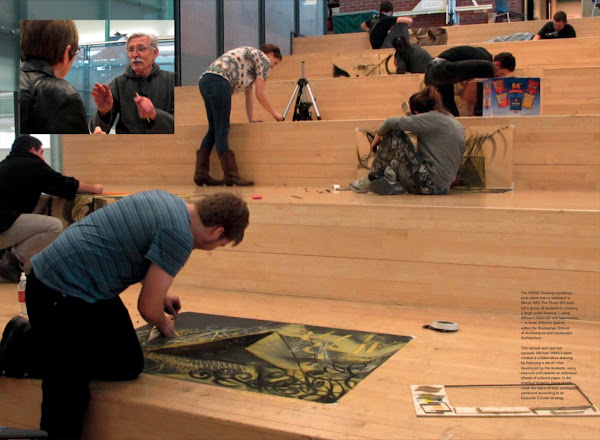 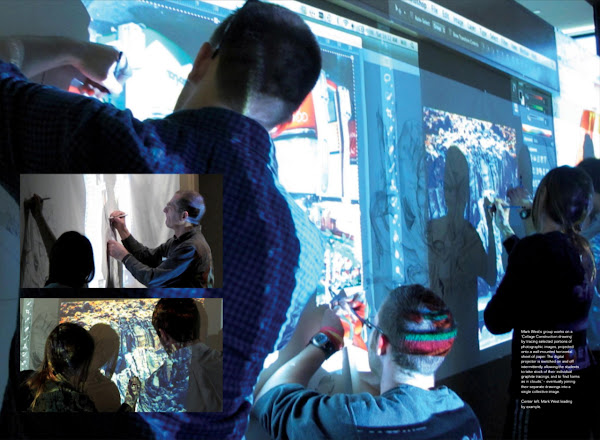 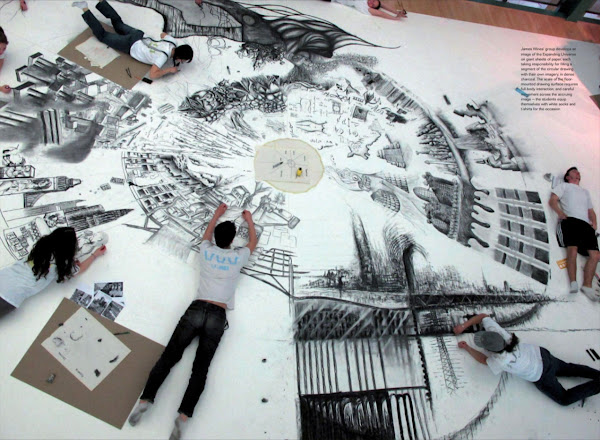