St. Louis and the Arch 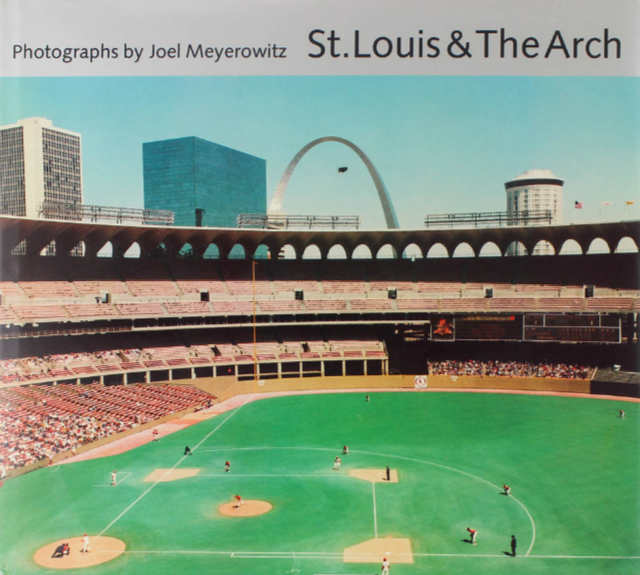 PUBLISHER'S DESCRIPTION:
At the invitation of The St. Louis Art Museum, Joel Meyerowitz came to St. Louis to record photographically the look and spirit of the city. The Gateway Arch, Eero Saarinen's monumental sculpture, which dominates the city, became at once the the subject and nonsubject of Meyerowitz's
photographs. In some of the photographs, one has to search to find it; in others, it fills the frame.
Clearly, the Arch exerted a powerful force on Meyerowitz's vision. He speaks of it as a mirror, sundial, tuning fork, pyramid — a mysterious, changing presence that transforms the space around it and the city itself.
Four visits and 400 negatives later, Meyerowitz's portrait of the city emerged — a revealing record of its history and architecture, its life and presence. The St. Louis seen here no longer depends on the Mississippi that fed and built it; now the Arch, the city's gate and icon, is central.
Joel Meyerowitz (born in New York, 1938) is an award-winning photographer whose work has appeared in over 350 exhibitions in museums and galleries around the world. Celebrated as a pioneer of color photography, he is a two-time Guggenheim Fellow, a recipient of both National Endowment for the Arts and National Endowment for the Humanities awards, and a recipient of The Royal Photographic Society's Centenary Medal. He has published over 30 books.
REFERRAL LINKS:

dDAB COMMENTARY:
When looking at Wayne Thom's photographs of buildings completed in the decades centered around the 1970s earlier this week, one book in my library that sprang to mind was Joel Meyerowitz's portrait of St. Louis ca. 1980. Although Thom was hired to by architects, most in Los Angeles, to take photos focused on individual buildings and Meyerowitz was invited by the St. Louis Art Museum to "record photographically the look and spirit of the city," the overlapping timeframes of the books lend them a certain similar flavor. Differences can also be found in the way Los Angeles's downtown was growing vertically in those decades, while people continued to leave St. Louis for its surrounding counties, but the photographers' use of large-format view cameras (Thom 4x3, Meyerowitz 8x10) to capture urban settings made their images very much of their time. Looking at each is to be transported in time and place.
Meyerowitz's book, released in 1980, is titled St. Louis and the Arch, indicating that its subjects are both the city and its most recognizable monument; or put another way, it's about the interaction of the two. The book shouldn't be confused with The Arch, a repackaged version published in 1988, in which all of the photos focused on the landmark designed by Eero Saarinen and inaugurated twenty years earlier. As the spreads from St. Louis and the Arch below reveal, the photographs shift from direct confrontations with the Gateway Arch to settings where the Arch is barely visible (search for it in the third spread) to frames devoid of the iconic structure. Some of the most interesting photographs find formal similarities in the cityscape, such as the arching structure of the roof of the old Busch Stadium seen juxtaposed against the distant Arch, as found on the book's cover. While a similar view at the new Busch Stadium doesn't hold the same visual appeal, it also shows how little things have changed with St. Louis's skyline in the decades since Meyerowitz's book.
SPREADS: 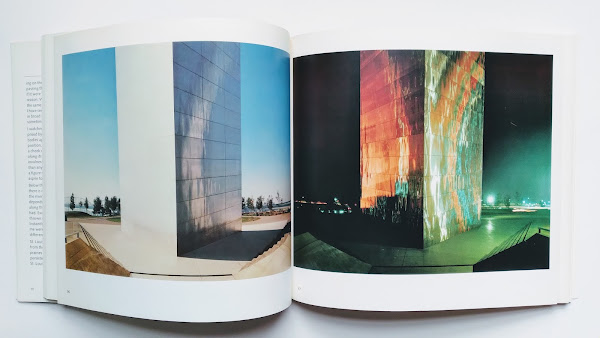 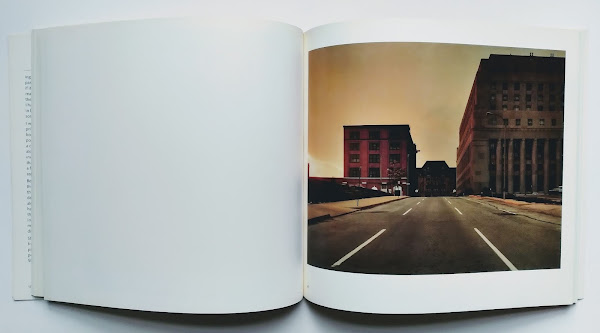 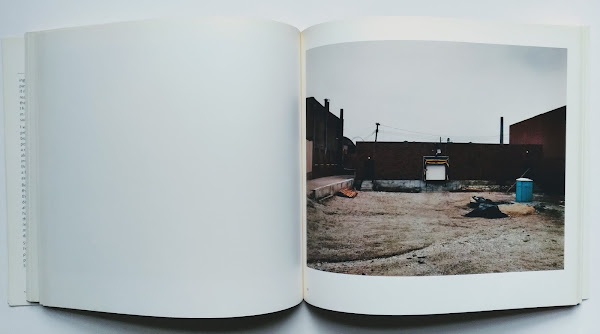 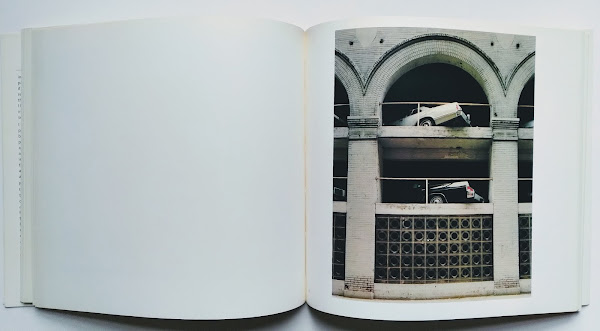 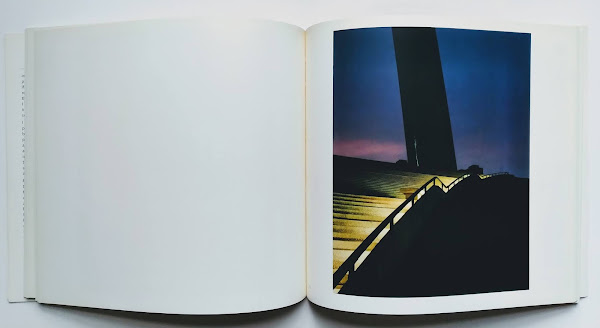