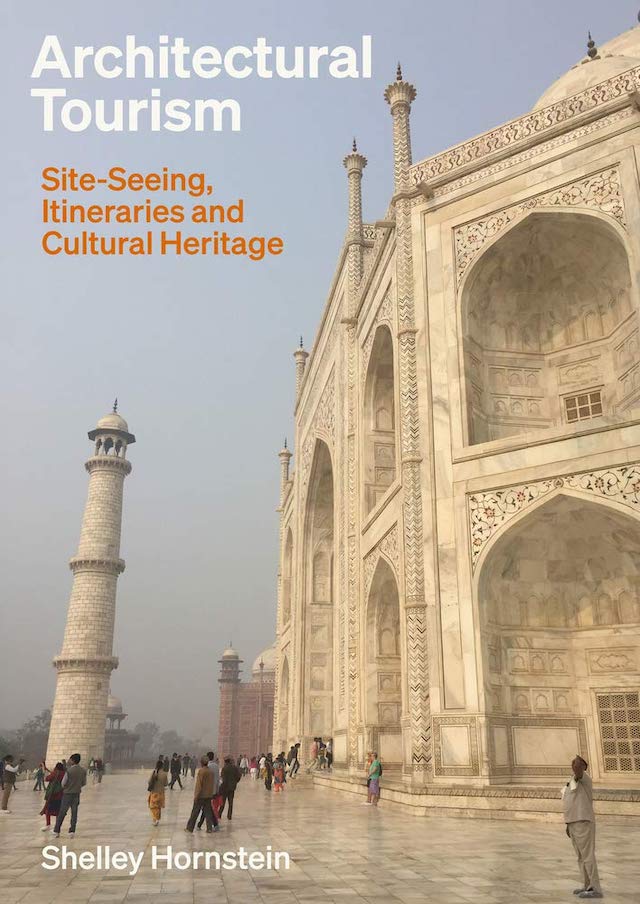 PUBLISHER'S DESCRIPTION:
Since the era of pre-industrial religious pilgrimages, architecture has beckoned travellers. This book charts the relationship, and even the entanglement, between architecture and tourism. It reveals how architecture is always tied to its physical site, yet is transportable in our imagination – and into the virtual spheres of social media and armchair travel.
Illustrated with a range of studies of key buildings from history and the present-day, including the Taj Mahal, the Eiffel Tower, the Sydney Opera House and the Bilbao Guggenheim, the book engagingly sheds light on topics such as the culture of ruins, the evolution of how tourists capture images of places, the rise of the designer museum, and architecture on television, film and in other media. It asks why architectural monuments and buildings attract and compel us to visit, why we feel the need to understand cities through architectural sites such as museums, historic sites and monuments, and how national identity is galvanised through its architecture and tourism. Sightseeing is, whether virtual or actual, site-seeing.
Shelley Hornstein is Senior Scholar and Professor Emerita of Architectural History & Urban Culture at York University.
REFERRAL LINKS:

dDAB COMMENTARY:
What is "architectural tourism"? To me, someone who created a (now defunct) wiki page called "The Archi-Tourist" and got paid to review the book Architourism, it is simply people — architects mainly, for obvious reasons — traveling to place to see buildings, landscapes, or other works of architecture. It's a super-niche form of tourism but one that goes hand in hand with the creation of architectural icons all around the world, especially since the phenomenal success of Frank Gehry's Guggenheim Museum Bilbao in 1997. I'm guessing that on any given day, at least a few visitors to the museum are there to see the architecture rather than the art; ditto the archi-tourists versus the bathers at Peter Zumthor's Therme Vals. Yet, even if most tourists visiting a site are there for reasons beyond the building, architecture plays a strong, definitive role in making that place desirable.
The architectural tourism that Shelley Hornstein explores in her book of the same name is aligned with the wider role buildings play as tourist sites rather than the narrow phenomenon of archi-tourism. Sure, the Guggenheim Museum Bilbao is discussed in the book, anchoring a chapter called "The Bilbao Effect, Starchitecture and the Rise of the Designer Museum," but most of the book looks back much farther in history, to the Eiffel Tower, the Taj Mahal, UNESCO World Heritage Sites, and other instances of "heritage tourism" and how architecture is used to define places of historical significance. The Taj Mahal is examined as a case study in the chapter "Romancing the Stone: The Guidebook and Architectural Place." Here again, the author is interested in how guidebooks geared to a general audience have used architecture to shape itineraries, not in architectural guidebooks that someone like me digests every time they visit a city.
Some interesting tidbits that arose when flipping through Hornstein's book include the author's admission that her inspiration for travel came from Ruth Hornstein, her grandmother and "an intrepid globetrotter" who took Shelley on her first trip to Europe, when she was just sixteen. The author's curiosity prompted her to veer from the paths prescribed by her grandmother, a phenomenon most tourists — not just teenagers with their nanas — can sympathize with, given how being in a place can trigger excitement and the desire to see more. "It was clear to me," she writes, "that to experience a place in that place was at the core of the travel notion."
Later in the book, in the "World Heritage Sites and What We Choose to Remember" chapter, Bornstein presents a case study on the Fez River Remediation Project by Aziza Chaouni. I featured the P/A Award-winning project on this blog back in 2007 and was so impressed by it that I featured it again the following year, when it won a 2008 Gold Holcim Award for Africa Middle East. The project's main gesture was unearthing a river that was previously covered with a concrete slab in an effort to trap the smells of the then toxic water. UNESCO saw the slab as a negative impact on the World Heritage site that is Fez, which led Chaouni to develop a plan to resuscitate the waterway in concert with new facilities for sewage treatment. Although it looks like only a tiny portion of the project has been carried out since, as evidenced by a photograph in the book, the project is aligned with other cities that have "chosen to remember" their waterways, especially Seoul's restoration of the Cheonggyecheon River that was previously covered by a highway.
Other unexpected surprises abound in Bornstein's exploration of architectural tourism, much of historical but all of it viewed through a lens that is aware of the role of contemporary trends and technologies. It may seem that people visit a place just to get that photo that they can then post to Instagram, but that photo can hardly capture the sensation of being there. That phenomenon of experience mediated by images is hardly new and is one of many ideas illuminated in Architectural Tourism.
SPREADS (via author's website): 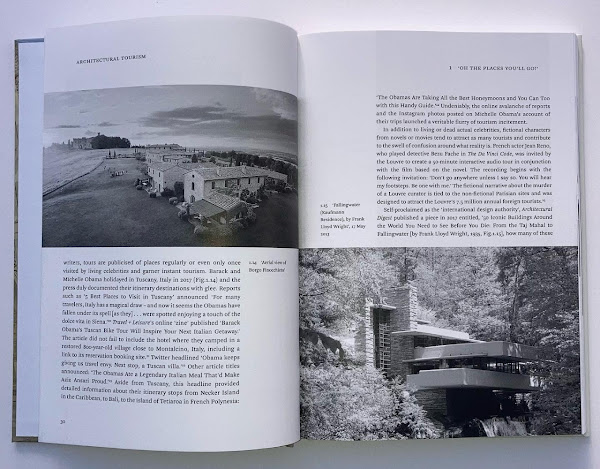 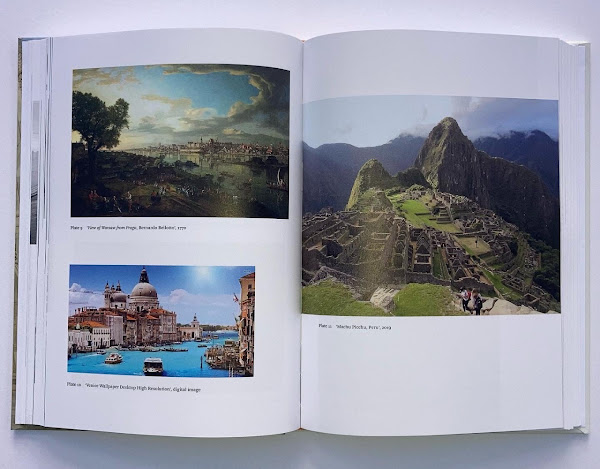 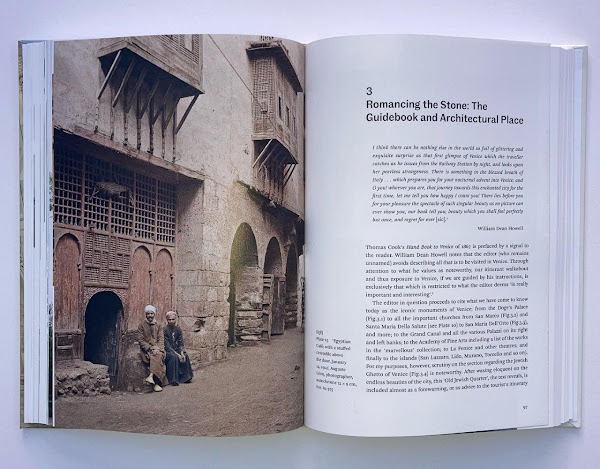 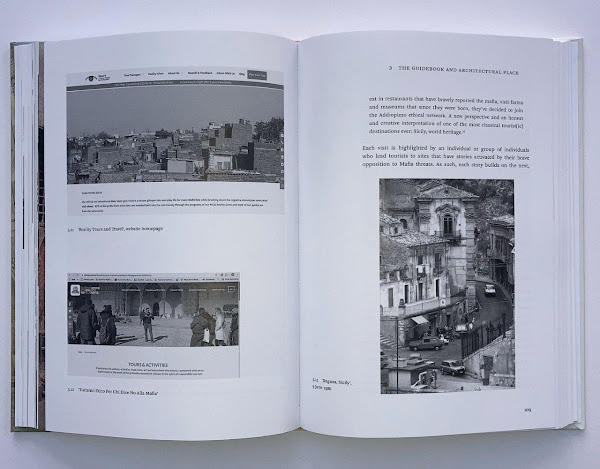