Made by the Office for Metropolitan Architecture 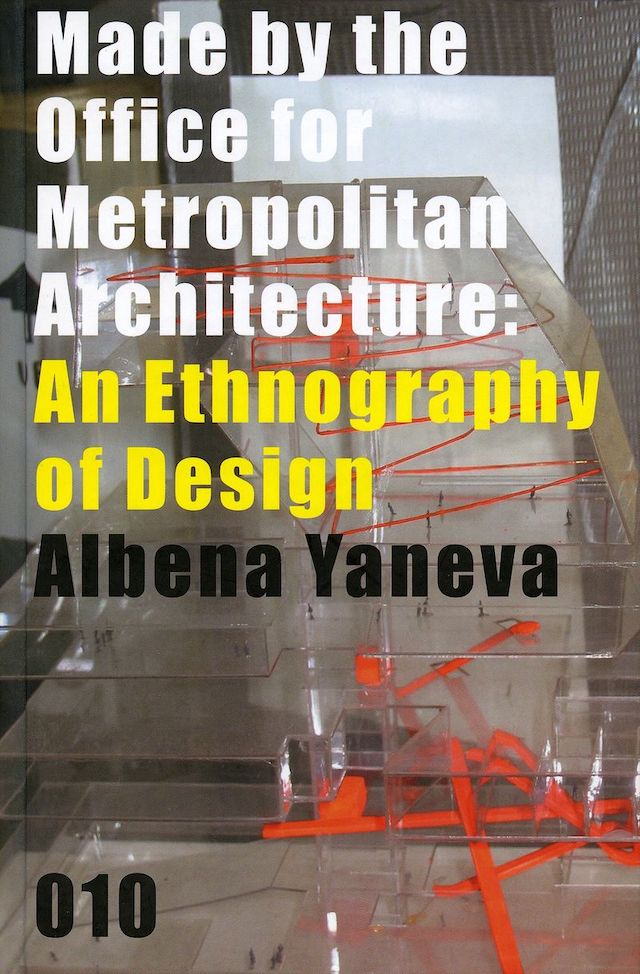 Made by the Office for Metropolitan Architecture: An Ethnography of Design
by Albena Yaneva
010 Publishers, December 2009

PUBLISHER'S DESCRIPTION:
The book presents an ethnographic account of the design rhythm in the Office for Metropolitan Architecture. Written as a collection of short stories, it draws on the mundane trajectories of models and architects at the OMA and shows how innovation permeates design practice, how everyday techniques and workaday choices set new standards for buildings and urban phenomena. In these stories of invention the "Eureka!" moments are missing. They are replaced by routine gestures of model making, recycling, assembling, recollecting, rescaling. This enquiry on architecture-in-the-making is based on participant observation in the office of Rem Koolhaas, extensive interviews with architects, and photo documentation on various projects: the Seattle Public Library, the Whitney Museum of American Art in New York, the China Central Television (CCTV) in Beijing, the Los Angeles County Museum of Art (LACMA), la Casa da Musica in Porto, and others.
Albena Yaneva is Professor of Architectural Theory at the University of Manchester and director of the Manchester Architecture Research Group (MARG) at the Urban Institute. For her innovative use of ethnography in [Made by the Office for Metropolitan Architecture] Yaneva was awarded the RIBA President's Award for Outstanding University-located Research (2010).
REFERRAL LINKS:

dDAB COMMENTARY:
If the thousands of images dotting the pages of the recently published monograph OMA NY: Search Term do anything, it's reveal the working process of the New York studio of the Office for Metropolitan Architecture (OMA). With each of the nearly two-dozen projects documented with an average of more than 240 images each, the research, model-making, and other aspects of design and realization are described visually, accompanied by captions that turn the images into project narratives. Although the studio is headed by Shohei Shigematsu and Jason Long, the design process is one that was inherited from Rem Koolhaas, who co-founded OMA in the 1970s and is still its figurehead, even though his role in projects is now minimal and the partners at the studios are coming to the fore in communications from OMA upon the completion of each new project (they are credited "OMA / Partner" rather than just "OMA"). I was fortunate enough to visit OMA NY in 2013, speaking with Shigematsu and getting a tour of the office littered with models in various stages of evolution. These models, like those at the start of Koolhaas's S,M,L,XL, are what have long defined OMA for other architects.
Those models also cover the spreads at the beginning and end of Albena Yaneva's "ethnographic" portrait of OMA. Although published in 2009, the author's "interviews and ethnographic materials" were collected during visits to the Rotterdam office between 2002 and 2004. In turn, the models that readers confront when opening Made by the Office for Metropolitan Architecture date from these years, with the Seattle Central Library (1999–2004), Casa da Musica (1999–2005), and the unbuilt Whitney Museum Extension (2001) coming to the fore; the last project is found on the book's cover. Yaneva was drawn to the models and focuses on them throughout the book, spending time in the model shop on the first floor; tracking how model pieces are used, reused, and recycled; and speaking with architects in the office about the role of models in the design process. With architects in the latter, such as Ole Scheeren, now heading their own firms, the book captures a time at OMA before the New York and other studios strove to retain partners within the OMA orbit, giving them more freedom and autonomy.
Yaneva structures the book into a series of short stories, heavy with quotes from interviews but not free from her firsthand commentary from her observations. She admits at the end of the book that she "did not try to explain the OMA practice or Koolhaas's approach," nor "attempt to grapple with the genuine nature of design," but with anecdotes about the way the form of Casa da Musica arose from an aborted residential project, for example, such an explanation happens — at least in one small aspect of the conceptual and schematic design for a project. A firm the size of OMA is impossible to capture exhaustively, but I can't think of any other firms this century that deserves the treatment Yaneva gave OMA. Firms like SOM would have made sense fifty years ago, when their managerial style formed myriad offshoots in Chicago (I worked at one of them), but no other firm since could equal OMA's famous ability to train architects and then release them into the wild, if you will, to form other successful firms that would end up beating OMA in competitions. As such, the creative process described in this book is not limited to OMA, even though it arguably started there decades ago with Koolhaas and his colleagues.
SPREADS: 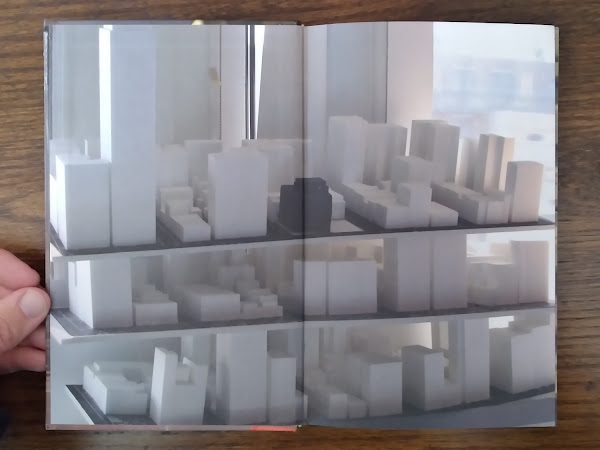 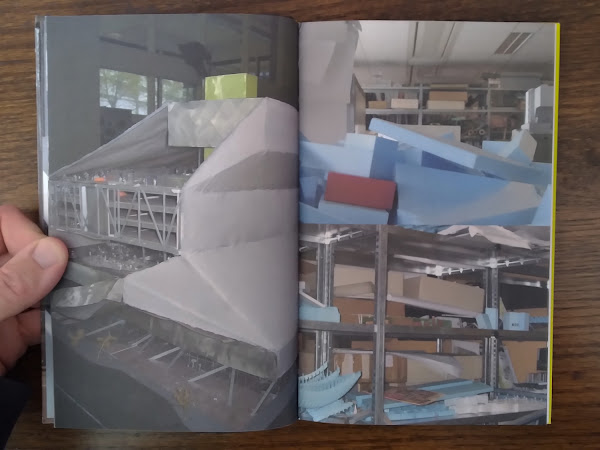 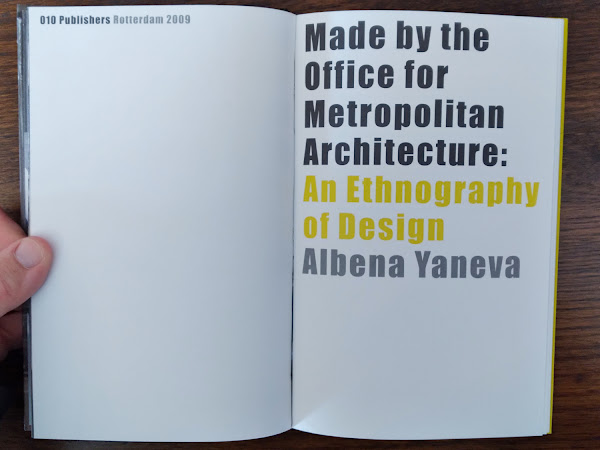 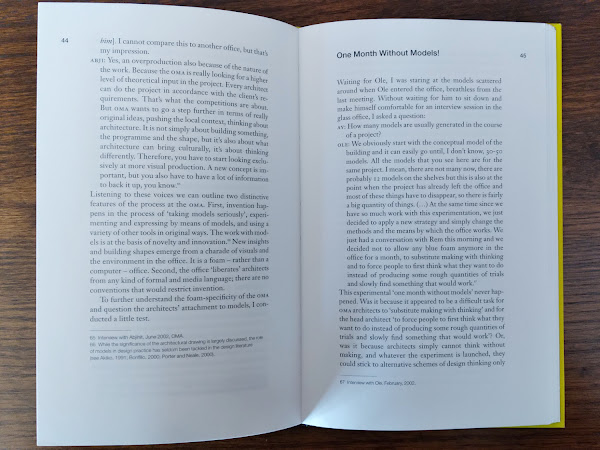 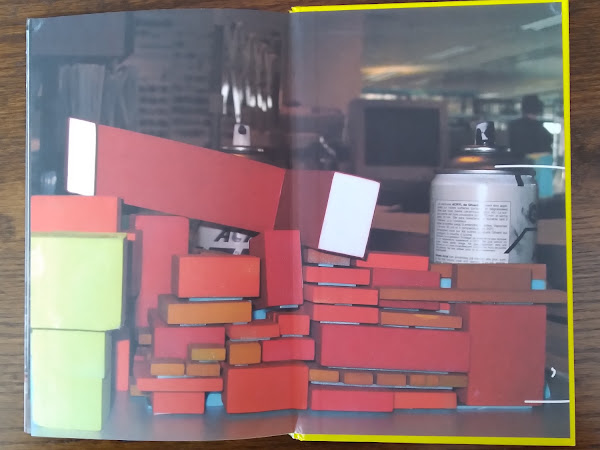