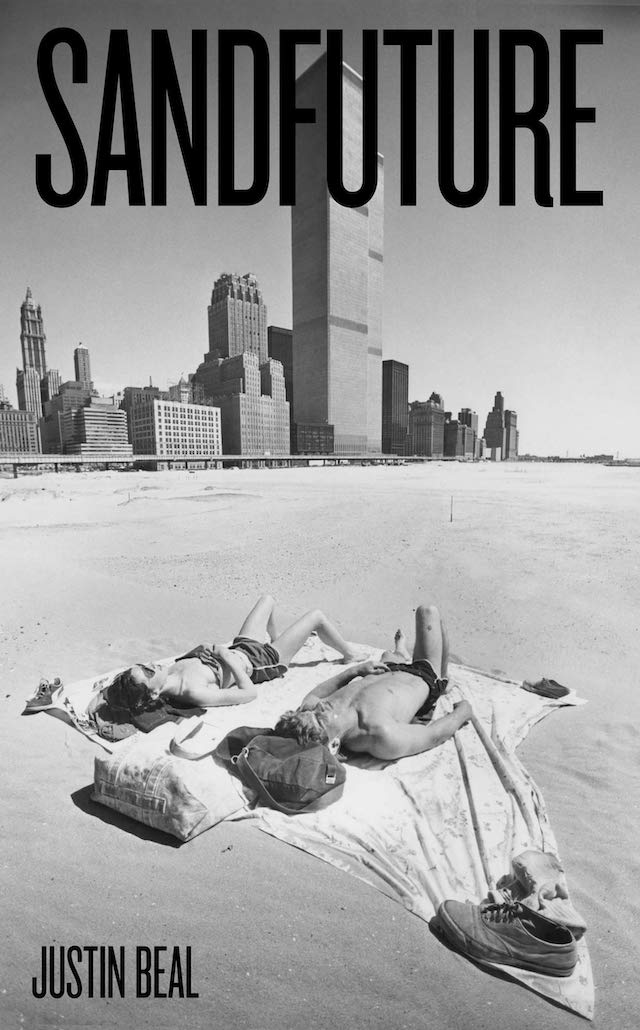 PUBLISHER'S DESCRIPTION:
Sandfuture is a book about the life of the architect Minoru Yamasaki (1912–1986), who remains on the margins of history despite the enormous influence of his work on American architecture and society. That Yamasaki's most famous projects—the Pruitt-Igoe apartments in St. Louis and the original World Trade Center in New York—were both destroyed on national television, thirty years apart, makes his relative obscurity all the more remarkable.
Sandfuture is also a book about an artist interrogating art and architecture's role in culture as New York changes drastically after a decade bracketed by terrorism and natural disaster. From the central thread of Yamasaki's life, Sandfuture spirals outward to include reflections on a wide range of subjects, from the figure of the architect in literature and film and transformations in the contemporary art market to the perils of sick buildings and the broader social and political implications of how, and for whom, cities are built. The result is at once sophisticated in its understanding of material culture and novelistic in its telling of a good story.
Justin Beal is an artist with an extensive exhibition history in the United States and Europe. He graduated from Yale University with a degree in architecture and continued his studies at the Whitney Independent Study Program and the University of Southern California. [...] Beal teaches at Hunter College. Sandfuture is his first book.
REFERRAL LINKS:

dDAB COMMENTARY:
Last month I tucked the following statement into a book review on this blog: "Once upon a time I used to read books cover to cover, but these days I find the chapter most appealing to me, start there, and then jump around, reading as much of the book as I can in the short time I have available to craft these commentaries." That statement does not apply to Sandfuture, the first book in a long while I've read cover to cover. More accurately, I devoured the book, barely putting it down over the course of a couple of days as I read it on the subway, before bed, or instead of doing other things I should have been doing at the time. Intertwining multiple stories in short sections of typically one to three pages, this first book by Justin Beal excelled at keeping me interested in the life story of Minoru Yamasaki, in Beal's artworks and the galleries where he displayed them, in his wife's migraines, and in any other subject he managed to work into the narrative. Even if the relationship between these threads is nonexistent, I didn't care, as I thoroughly enjoyed reading Beal's words on subjects both familiar and alien to me.
Ostensibly, as the publisher describes it, "Sandfuture is a book about the life of the architect Minoru Yamasaki," but clearly it is not just that. The consistent strand through the book is the life of the architect who designed Pruitt Igoe, the World Trade Center, Rainier Tower, an airport terminal at Lambert in St. Louis, and many other buildings that are famous and not so famous. Other things come and go, but Yamasaki stays from front to back, growing older and gaining commissions and fighting with critics and ultimately dying, just as Beal jumps around in time, place, and subject. The 257-page book could probably be condensed, à la Reader's Digest, into something like a 150-page book focused entirely on Yamasaki, but it definitely wouldn't be as captivating to read. What does this mean? Is architecture or the life of an architect just not that interesting in terms of stories? Is that why it's so difficult for me to tackle architecture books from their first to last pages? Perhaps, though I think in the case of Beal's treatment of Yamasaki's life, the latter is a springboard for the former's thoughts, whatever they may be.
Of the various subjects in Sandfuture, the coziest bedfellow is 432 Park Avenue, the supertall residential skyscraper designed by Rafael Viñoly and completed fifteen years after the Twin Towers were destroyed; it appears on page 15 and is found as late as the very last page. It's not difficult to find similarities between Yamasaki's Twin Towers and Viñoly's 432 Park Avenue: both reach(ed) around 1,400 feet; both of their designs are extruded squares; both are geometrically simple to the point of absurdity (pinstripes at WTC, grid paper at 432); and both are perfect encapsulations of their eras in New York City and within wider economic and political contexts. In fact, when I would give walking tours of Billionaires' Row I would always compare 432 Park Avenue to the Twin Towers, physically describing the residential tower as a quarter of a Twin Tower (it's ~100' per side rather than ~200') but serving a considerably smaller number of people (approximately 500 residents versus up to 25,000 workers per Twin Tower) and therefore acting as a symbol of inequality. Furthermore, the tests done by Yamasaki and his colleagues to determine how much lateral sway people could handle in their towers — one of many details on the project beautifully described by Beal — find echoes in the recent $125 million lawsuit filed by residents of 432 Park Avenue over engineering and design issues, including being trapped in an elevator due to the sway of the building.
Images in Sandfuture are few, inserted as color and b/w plates from pages 113 to 144 (spreads below). Though they aren't all as striking as the cover, which depicts the Twin Towers from the sandy landfill of  the future Battery Park City, when the city's mid-1970s fiscal crisis had delayed that neighborhood-to-be, each one is integral to the Yamasaki narrative. The famous mid-implosion Pruitt-Igoe is there, discussed by Beal in terms of how the event was used to for polemical reasons by Charles Jencks and others, to argue for the irrelevance of modernism's social project. We also see Agnes Denes's Wheatfield that occupied about an acre of Battery Park landfill for a few months but lived on in surreal photographs, photos of the World Trade Center in various stages, and photos of a few other Yamasaki projects. The only departures from Yamasaki in the plates are a photo of the Novartis Campus in Switzerland, aligned with the aforementioned migraines, and a shot of 432 Park Avenue towering over the rest of Midtown Manhattan.
In a couple memorable passages in Beal's book, he describes 432 Park Avenue's atypical floor numbering (79/96 is the tower's 79th floor, equivalent to another tower's 96th floor), and elsewhere he uses a yardstick as a metaphor for understanding how the project cobbled together air rights and used mechanical floors to be a stretched, extra-long yardstick that could rise well above the other yardsticks in Midtown. These passages are not alone as means of helping the reader visualize the way intangible things (air rights, politics, etc.) relate to the physical world (buildings, floods, etc.). Maybe it's the relationship between intangible and tangible things that links the various stories in the book? If not, no matter, as I enjoyed every aspect of Sandfuture so much I might just read it again, cover to cover.
SPREADS: 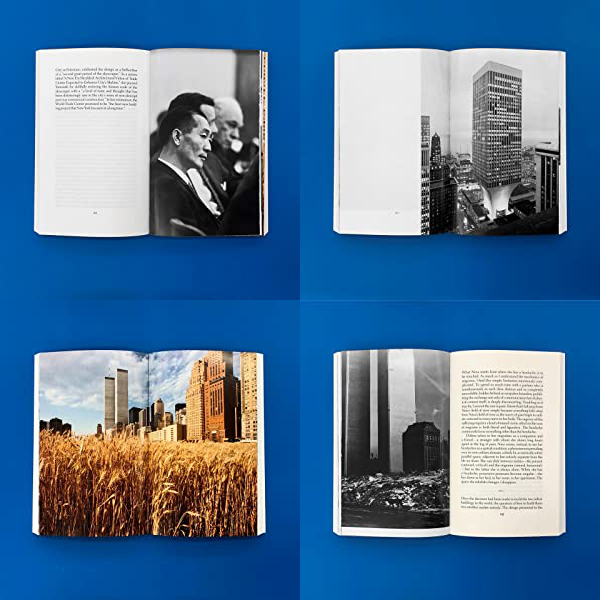