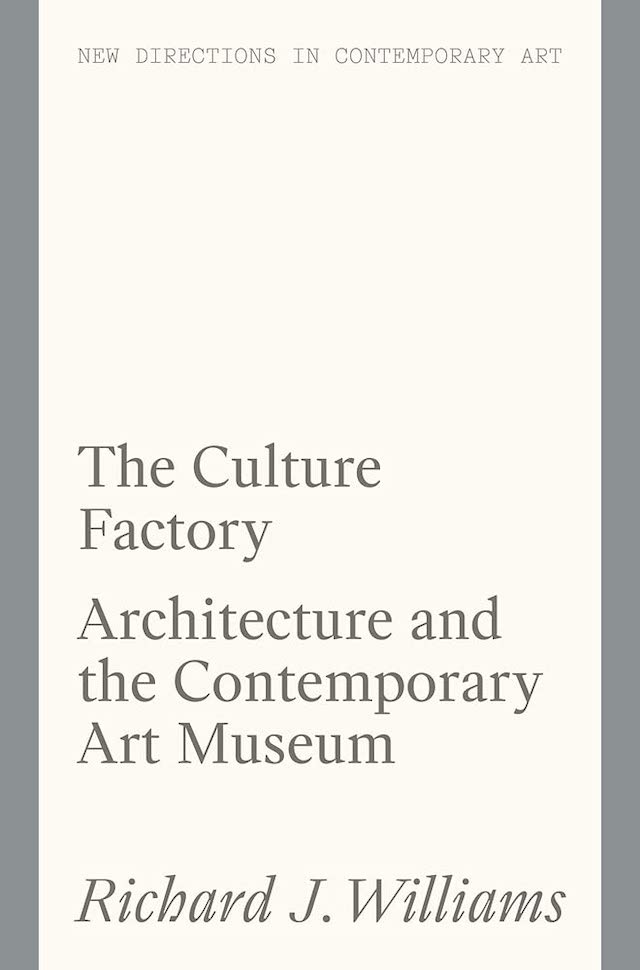 PUBLISHER'S DESCRIPTION:
The Culture Factory: Architecture and the Contemporary Art Museum explores the key battlegrounds in the design of the contemporary-art museum, describing the intersection of art, aesthetics and politics at the highest levels, and the commitment of states, cities and wealthy individuals to the display of art. Global in scope, the book examines key examples from Europe and the Americas to contemporary China. It describes museum building as the projection of political power, but also as a desire to acquire power. So it is a book about ambitious peripheries as much as the traditional centres: Dundee and Bilbao as well as New York and Paris.
It is commonplace to assume that the contemporary-art museum has become ever more spectacular, and the place of art ever more subservient within it. This book argues that a tendency to spectacle coexists with another equally powerful tendency, to make art museums that celebrate the artistic process, typically attempting to recreate the feeling of the artist's studio. That tendency is strongly represented in the designs for the Centre Georges Pompidou, completed in 1977, and arguably in the many contemporary art museums which have adapted former industrial buildings. Richard J. Williams's stimulating text includes many historical examples to illustrate how we got to where we are now, from the Centre Pompidou in Paris, to the Guggenheim museums in New York and Bilbao, London’s Tate Modern, Oscar Niemeyer's work in Brazil and beyond, and the 798 Art District in Beijing.
Richard J. Williams is Professor of Contemporary Visual Cultures at the University of Edinburgh. Among his most recent books are Sex and Buildings (2013), Why Cities Look the Way They Do (2019) and Reyner Banham Revisited (2021).
REFERRAL LINKS: