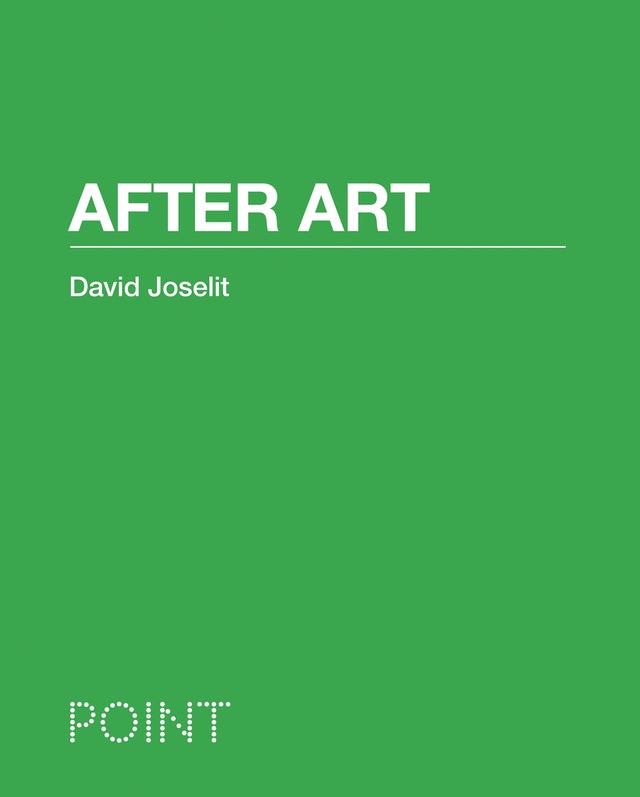 PUBLISHER'S DESCRIPTION:
Art as we know it is dramatically changing, but popular and critical responses lag behind. In this trenchant illustrated essay, David Joselit describes how art and architecture are being transformed in the age of Google. Under the dual pressures of digital technology, which allows images to be reformatted and disseminated effortlessly, and the exponential acceleration of cultural exchange enabled by globalization, artists and architects are emphasizing networks as never before. Some of the most interesting contemporary work in both fields is now based on visualizing patterns of dissemination after objects and structures are produced, and after they enter into, and even establish, diverse networks. Behaving like human search engines, artists and architects sort, capture, and reformat existing content. Works of art crystallize out of populations of images, and buildings emerge out of the dynamics of the circulation patterns they will house.
Examining the work of architectural firms such as OMA, Reiser + Umemoto, and Foreign Office, as well as the art of Matthew Barney, Ai Weiwei, Sherrie Levine, and many others, After Art provides a compelling and original theory of art and architecture in the age of global networks.
David Joselit is the Carnegie Professor of the History of Art at Yale University. His books include American Art Since 1945 (Thames & Hudson) and Feedback: Television against Democracy.
REFERRAL LINKS:

dDAB COMMENTARY:
David Joselit's After Art is the second book in the POINT series edited by Sarah Whiting, which began with Sylvia Lavin's Kissing Architecture in 2012 and finally resumed this year with Lateness by Peter Eisenman and Elise Iturbe, reviewed a couple days ago. Although the now three-book series is subtitled "Essays on Architecture," the subject of Joselit's book, as the name makes clear, is art: he recognizes a cultural shift enabled by the digital transfer of images and theorizes, not a post-art, but what art is becoming after the breakdown of traditional mediums like painting and sculpture. Lavin is actually quoted on the back of the book, saying After Art "will be of great interest to art historians and readers of contemporary art and media theory." Nevertheless, the book does incorporate architecture, both as the setting for new types of art and for playing a role in art's increasing commodification.
At less than 100 pages, minus the front and back matter, Joselit's essay doesn't have much space to touch on numerous references, and most of those are fittingly art rather than architecture. Of the latter, he discusses Bernard Tschumi's Acropolis Museum in terms of traditional place-based art, considering the museum was designed as a new home for the Elgin Marbles that were taken from the Acropolis to Britain centuries ago. He also mentions the work of Greg Lynn, Reiser + Umemoto, and Foreign Office Architects, all regarding the incorporation of parametric modeling that began in the 1990s. But Frank Gehry and Rem Koolhaas are brought up the most, with Gehry's Guggenheim Bilbao fittingly discussed at some lengthy, and Koolhaas touched upon in regards to S,M,L,XL, his unbuilt plan for LACMA, the Seattle Public Library, and the CCTV Headquarters.
The most interesting aspects of After Art, for me, are when Joselit confronts the commodification of art and artists' attempts to work beyond it. In the former, architecture plays a great role, considering that non-profit museums give millionaires and billionaires cultural cachet when they donate money and artworks, sit on their boards, and benefit tax-wise. Joselit actually refers to contemporary museums, quite accurately I think, as money-launderers for rich people. But artists like Ai Weiwei point to future arts, ones that use digital networks as mediums for artistic expression while drawing attention to inequities and oppression. Considering that Joselit wrote After Art seven years ago, and the fact it's artists — more than architects — who use social media and other digital networks to proactively address such issues as systemic racism, his book comes across as a prescient one.
SPREADS: 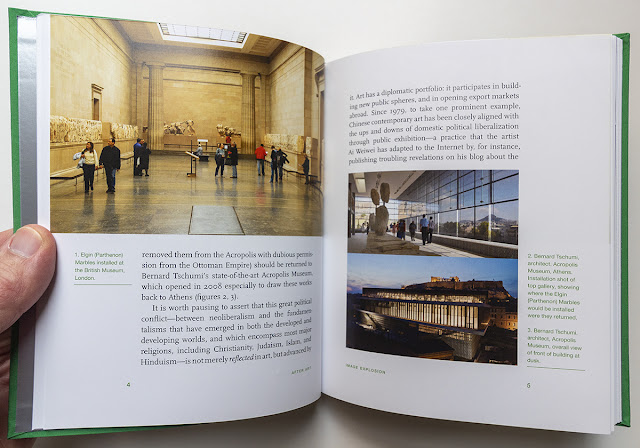 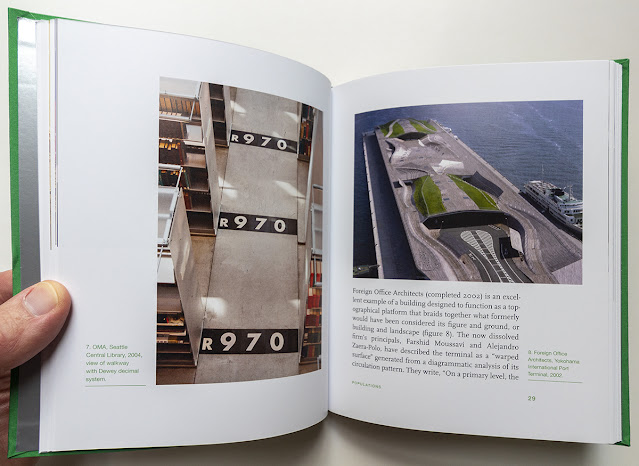 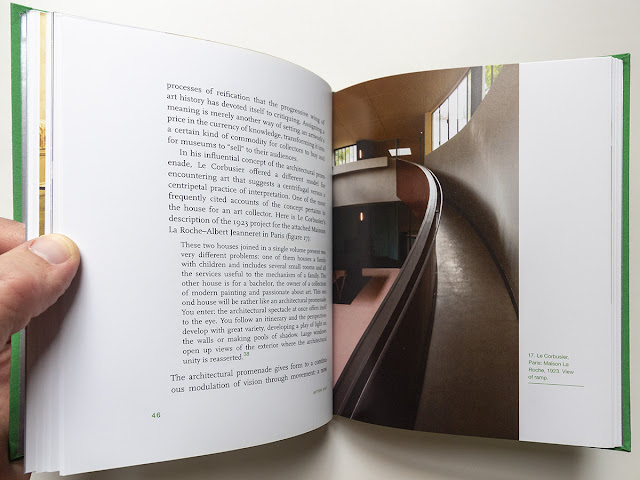 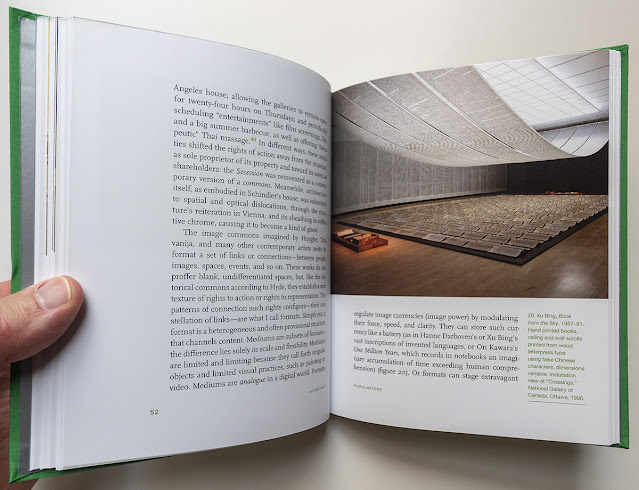