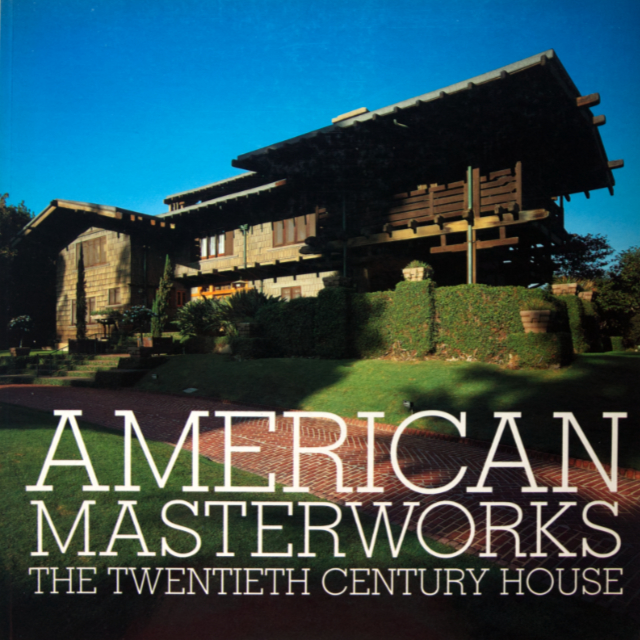 PUBLISHER'S DESCRIPTION:
Throughout the twentieth century the United States has provided remarkably fertile ground for innovative residential architecture, from the Shingle Style pioneered on the East Coast in the late nineteenth century to the deconstructivist experiments in California today. Over the decades, American and international architects alike responded to this country's rising standard of living, rapidly expanding suburbs, and receptive often liberal clients - factors that encouraged the creative use of both unorthodox building materials and mass-produced components. One chapter is devoted to each of 34 houses by such luminaries as Richard Neutra, Eliel Saarinen, Frank Lloyd Wright, Walter Gropius, Philip Johnson, Charles Moore, Louis Kahn, and Frank Gehry. Selections of the architects' plans and finest freehand drawings complement the photographs in this history of exceptional American house design. The text by Kenneth Frampton explores each house in depth, discussing its context in the progression of American architecture, its role in the architect's oeuvre, and its broader relationship to the history of twentieth-century American cultural and artistic movements.
REFERRAL LINKS:

dDAB COMMENTARY:
Earlier in the week I reviewed The Iconic American House, a presentation of 50 "Architectural Masterworks Since 1900" by Dominic Bradbury with photos by Richard Powers, as well as Modern Architecture and the Lifeworld: Essays in Honor of Kenneth Frampton, edited by Karla Cavarra Britton and Robert McCarter. It seemed fitting then to follow them up with a quick look at American Masterworks: The Twentieth Century House, which was written by Frampton and very much resembles The Iconic American House, both in its format (a selection of important American houses described in brief texts and documented through color photographs) and its size (big squares). I criticized Bradbury's book for the lack of plans, and unfortunately that same critique can be levied at Frampton's earlier book, which has some drawings, but not for every house and not always plans.
American Masterworks was an excellent resource for me when I was writing a series of "10 Must-Know Modern Homes" for Houzz back in 2012. Although I didn't limit myself to US houses in that series, there's plenty of overlap between my American selections and what's in this book: Greene & Greene's Gamble House (1908), R.M. Schindler's Lovell Beach House (1926), Walter Gropius's Gropius House (1937), Charles and Ray Eames's Eames House (1949), Philip Johnson's Glass House (1949), and Mies van der Rohe's Farnsworth House (1951).
While my series stopped in the early 1950s, Frampton devotes half of his book to "late-modern" houses, those from 1965 to 1994 (first spread below). These houses make the book more interesting, since the selection of modern masterpieces from the late 19th century to the middle of the 20th century is fairly obvious (he and Bradbury agree on most of them), but those from the latter half of the book haven't had as much time to become ingrained in histories of architecture. There are houses by Kahn, Meier, Rudolph, Eisenman, Graves, Gehry, Predock, and Holl. Tying these later houses together are what Frampton describes as "a certain level of complexity and poetic depth," though, like my critique of Bradbury's book, all of the houses suffer from a shortage of women (only the Eames House, a house by Arquitectonica, and one by Smith-Miller Hawkinson were designed by women).
Thirteen years later, in 2008, Rizzoli published a revised edition of American Masterworks, subtitling it "Houses of the Twentieth & Twenty-first Centuries" and therefore bringing it closer to the present. I haven't seen that edition, so I can't say anything about the dozen or so additional houses included in the book, but I'd wager on some overlap between it and Bradbury's book. What makes either edition of Masterworks valuable beyond the photographs and house descriptions are Frampton's chapter introductions; these texts give some historical context to the periods covered by the book (1869-1929, 1929-1945, 1945-1965, and 1965-1994 in the first edition) and discuss many more houses than those documented in the book. But if you want floor plans, you'll have to search for something like Key Houses of the Twentieth Century: Plans, Sections and Elevations.
SPREADS: 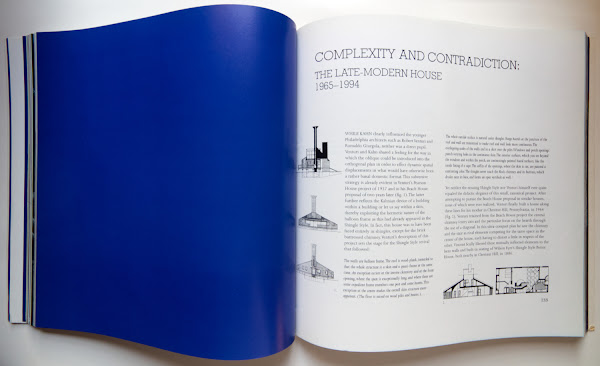 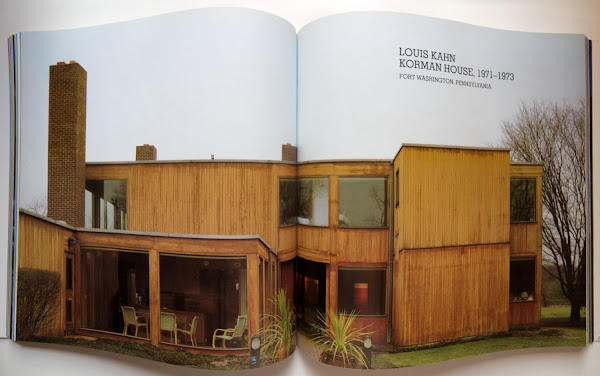 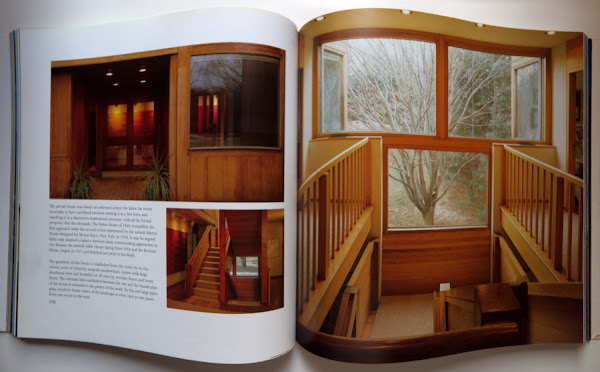 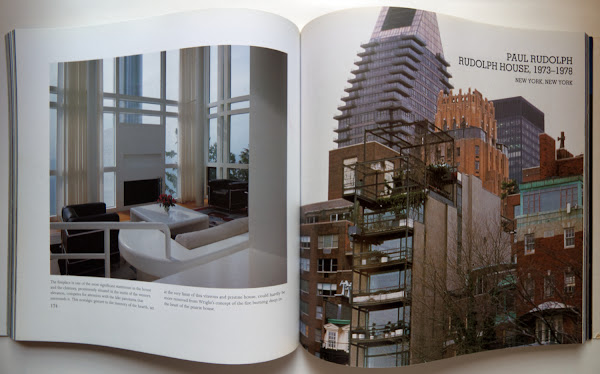 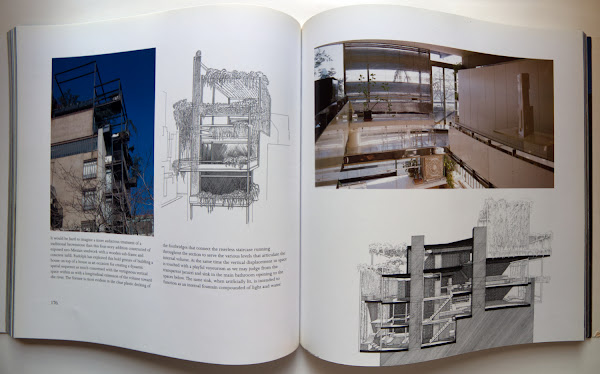