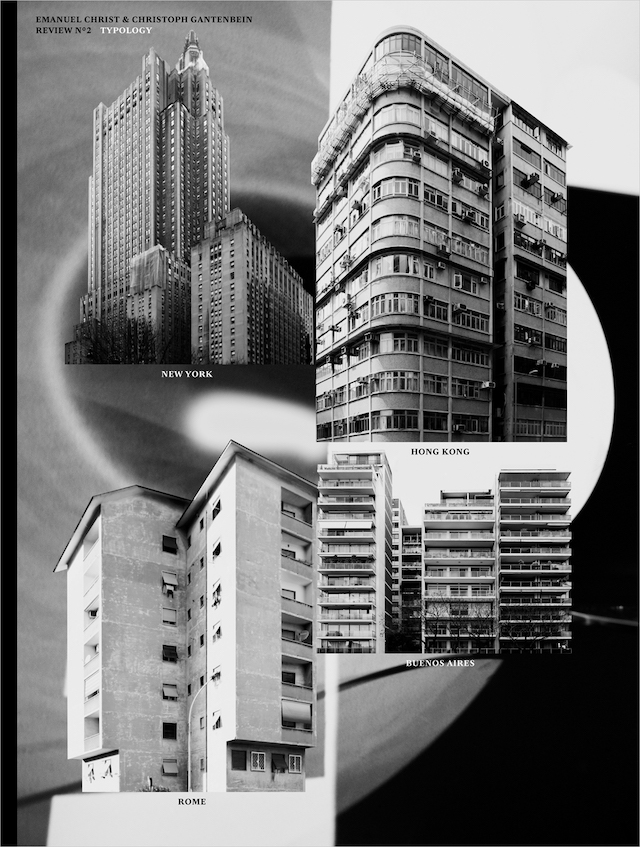 PUBLISHER'S DESCRIPTION:
In the second volume of the new series exploring the foundational theories and works of architects Emanuel Christ and Christoph Gantenbein, more than 150 buildings are documented through floor plans, axonometric projections, recent color photographs, and halftones. The buildings, many of them relatively unknown, were chosen in order to provide a basis for looking at metropolitan design in the twentieth century, and they show the patterns and differences found in architecture from around the world. Included is an essay that provides meaningful context for the buildings and examines how local government and zoning practices guide architecture. A powerful example of the unlimited potential for urban design, Typology offers a new point of view in municipal planning and architecture.
Emanuel Christ and Christoph Gantenbein established their own architecture studio in Basel in 1998. They are both assistant professors of architectural at the Swiss Federal Institute of Technology Zurich. Victoria Easton is a research associate at Christ & Gantenbein Architects in Basel.
REFERRAL LINKS:

dDAB COMMENTARY:
The cover of this book from 2012, which just had a reprinting last year, includes the words "Review Nº2" next to the title Typology and below the names of the architects/editors Emanuel Christ and Christoph Gantenbein. Two years earlier, in conjunction with the 2010 exhibition "Hong Kong in Zurich: A Typological Transfer" at the Istituto Svizzero in Venice, the two Swiss architects and their students from ETH Zürich published the first review, Hong Kong Typology. I'm not familiar with that earlier book, but from the spreads on the architects' website, it appears that the standardized information — floor plans, massing diagrams, b/w photos, and short descriptions — was carried over into the larger format of the second and third reviews. Accompanying Hong Kong in this Review Nº2 are Buenos Aires, New York, and Rome; Review Nº3 (reviewed here), published in 2015 and also reprinted last year, extends the formula to Athens, Delhi, Paris, and São Paulo.
Given that I live in New York and have written a couple books on the city's architecture, I couldn't help but hone in on that section when I examined the book. The New York content starts with a short essay that follows the introductory lecture by Christ and Gantenbein. Carol Herselle Krinsky does a very capable job of condensing the history of New York urbanism and development into just four columns of text. The main sections are devoted to the 1916 and 1961 zoning regulations, an obvious choice given how much they influenced the form of the buildings presented in drawings, photographs, and words in the next section of the book. Helpful is that many of the buildings listed in Krinsky's text are highlighted in bold and keyed to the next section to give people unfamiliar with the city clear references (the same applies to the essays on the other three cities).
Continuing forward, New York is presented in the next section through six typologies: Infill, Shaft Building, Carved Building, Courtyard Building, Setback, and Podium and Tower. Clearly the typologies Christ and Gantenbein were interested in having their students document were not the usual architectural typologies, such as housing, offices, or mixed-use. They wanted to group formal consistencies that arose from architects dealing with context, resulting from what they describe as "the conflict between the designer and his or her personal attitude and formal intentions on the one side, versus social, economic, technological or political conditions, which are often initially viewed as a challenge, sometimes as even a threat." The "challenges" of zoning in NYC led to the tiered setback towers of the first half of the 20th century and glass-box towers fronting plazas from 1961 onwards. Although the architects further assert they were interested in the "largely anonymous building production of the 20th century," many of the New York buildings documented are icons, from Cass Gilbert's Woolworth Building to Mies's Seagram Building.
The value of Typology is found in the grouping of similar typologies in each city, a tactic that echoes Steven Holl's Alphabetical City, the fifth issue of Pamphlet Architecture, published in 1980 (it was compiled with the other first ten issues by Princeton Architectural Press in 1998). Just as Holl saw letter shapes in the arrangement of solids and voids in urban forms, Christ and Gantenbein recognized the distinct formal solutions generated by different urban contexts. But past the documentations of the cities and full-bleed photos that follow them are models by some of their students apparently exploring the transfer of those typologies from Hong Kong, Rome, New York, and Buenos Aires to Zürich. They do not labor over these hypothetical projects; they present them simply, without comment, as full-bleed b/w photos of imagined streetscapes in chip board and glue. Of course, their inclusion merits the question: "Doesn't Zürich have typologies all its own?" My review of Review Nº3 next week will pick up where this question leaves off.
SPREADS: 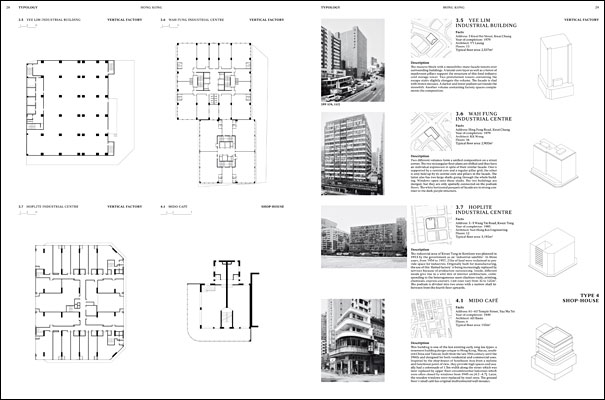 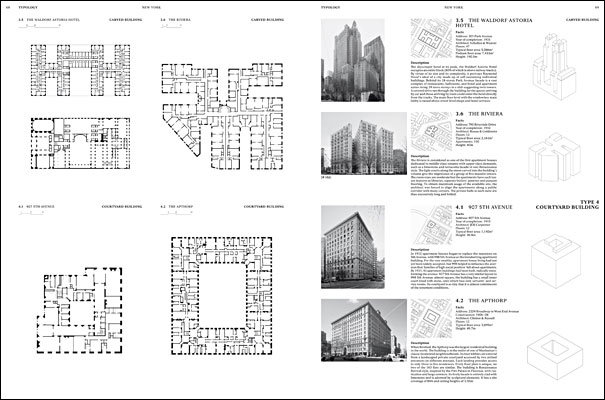 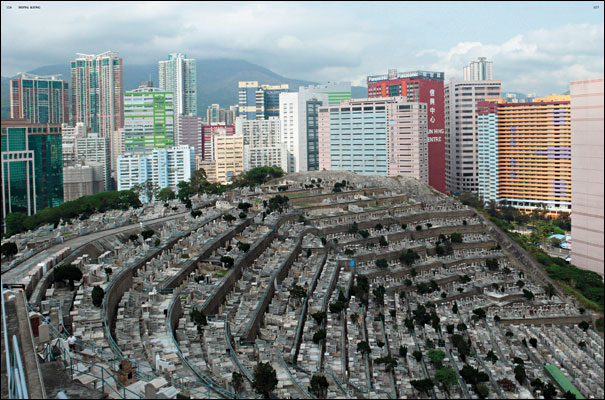 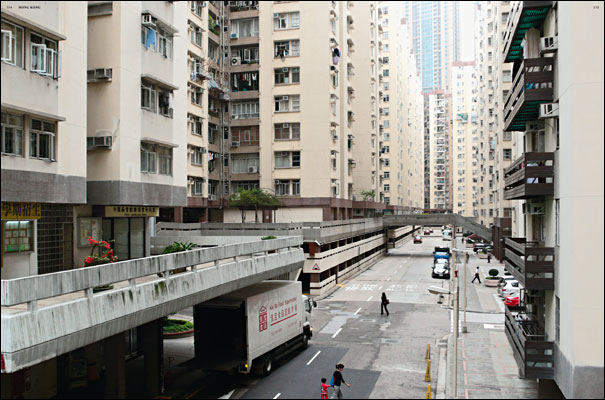