Cards of the Moment 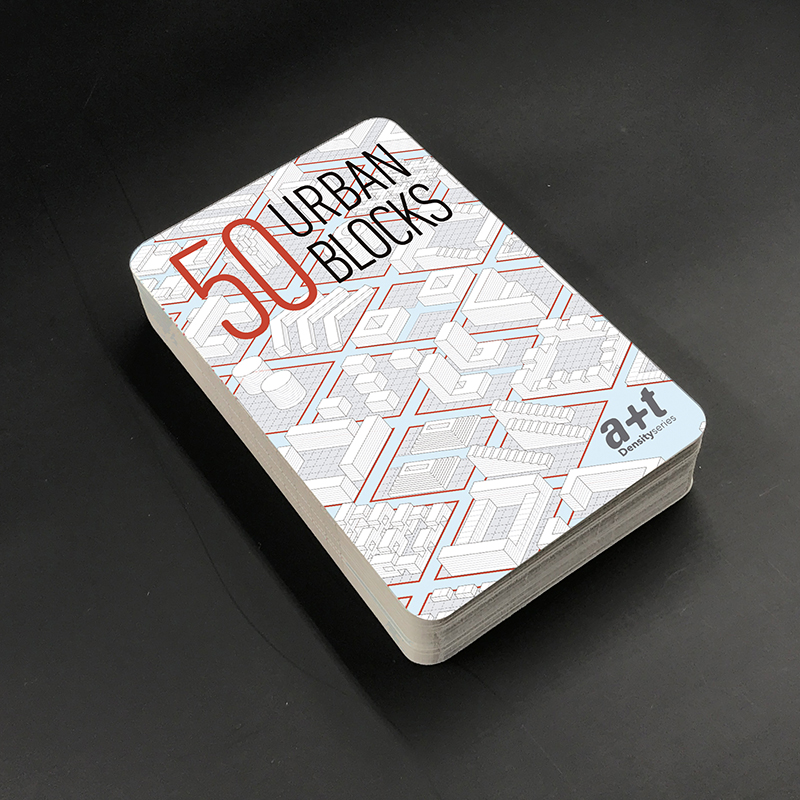 A+T – publisher of books and magazines on public spaces, work places, renovations, and collective housing – has just released 50 Urban Blocks, a "set of cards containing 50 examples of how to design an urban block." 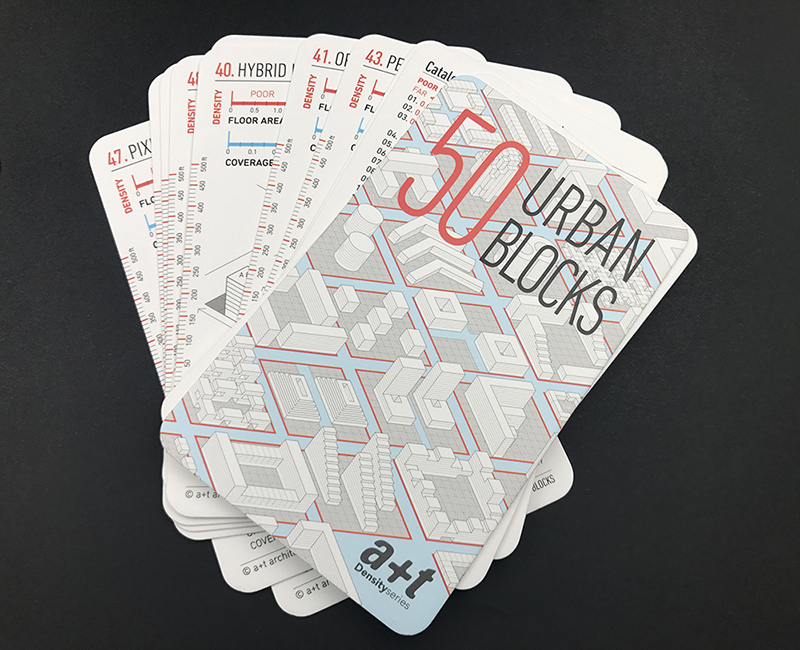 Unlike previous titles from a+t, the deck of cards are hypothetical designs rather than specific case studies. Each scenario is given the same rectangular area, so they can be compared and contrasted easily. 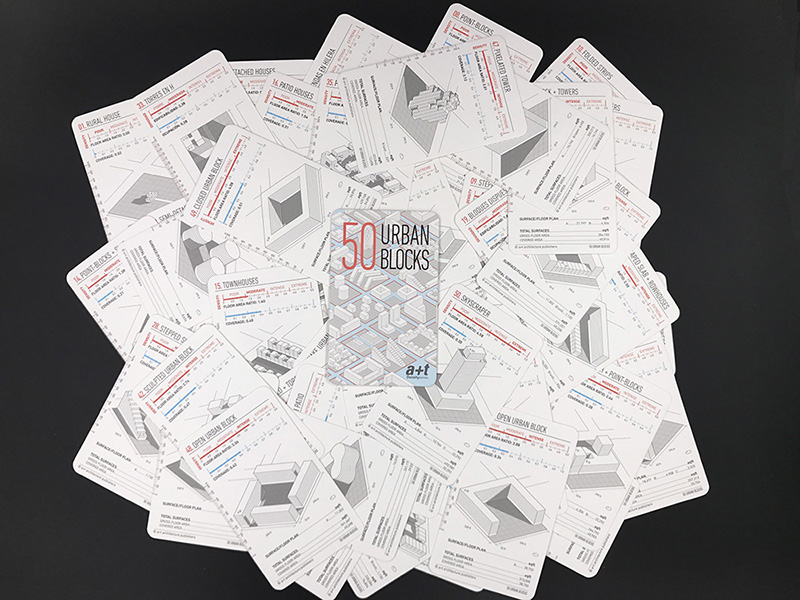 As in other a+t publications, the illustrations are accompanied by data, so each can be evaluated in terms of density, height, and other factors. 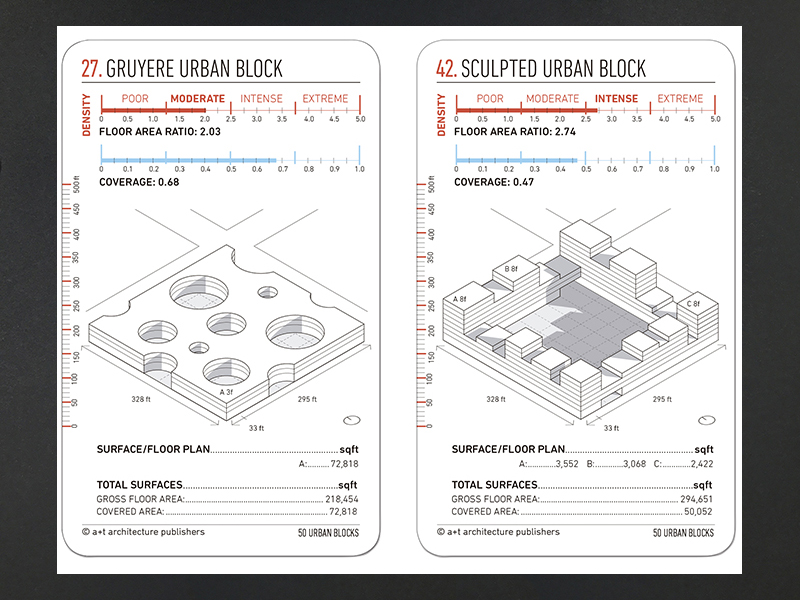 I could see the 50 Urban Blocks being particularly helpful for students as well as young architects in need of some ideas on how to move forward with a project. Although they might not be faced with such a straightforward block, the cards offer plenty of ways to think about solid/void, site coverage, and other considerations.
Email Post
Labels: book-moment