The City Museum in Ljubljana, Slovenia sits in that town's protected Medieval core, housed in an old palace. Having accrued Renaissance alterations, the institution held a competition to improve its complicated layout, won by local architects Ofis Arhitekti.

While the exterior expression of the spiral is limited to its start jutting into a courtyard and portion of glass wall, its effect on the inside is quite dramatic. Faceted, butt-glazing follows the curve of the spiral in plan, creating interesting reflections and refractions, as well as a certain disorientation, the last somewhat ironic as the addition melds the formerly disparate parts into a relatively cohesive whole.

Projects like these are much rarer than they should be. The interaction and juxtaposition of old and new makes for some of the best experiences in architecture. This design embodies the differences between Medieval and Renaissance times and today, but it also takes a simple device (the spiral) and makes its interaction with the existing very complex, perhaps owing to the complexity of the building's former conditions. 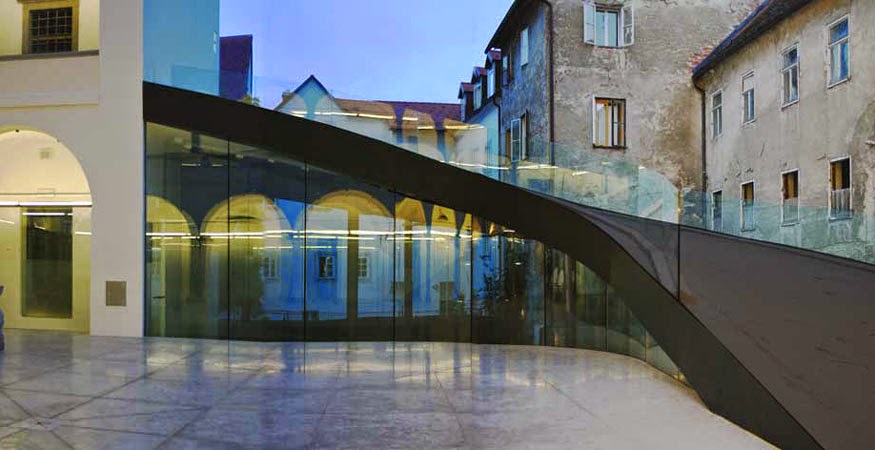 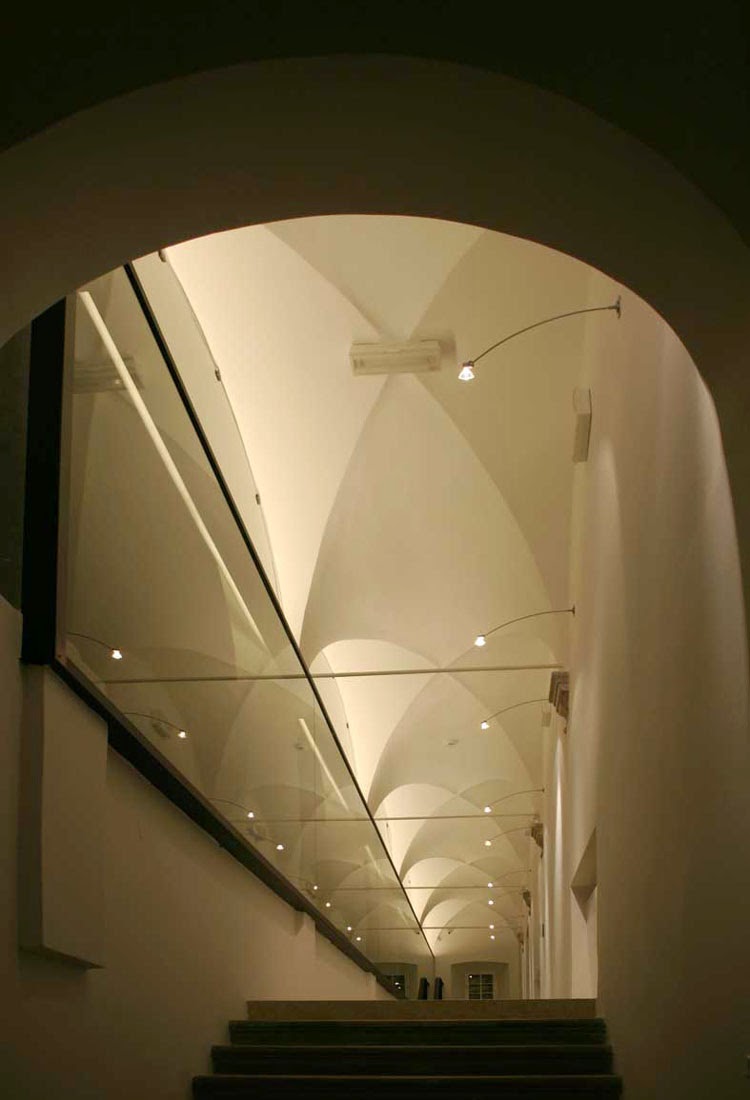 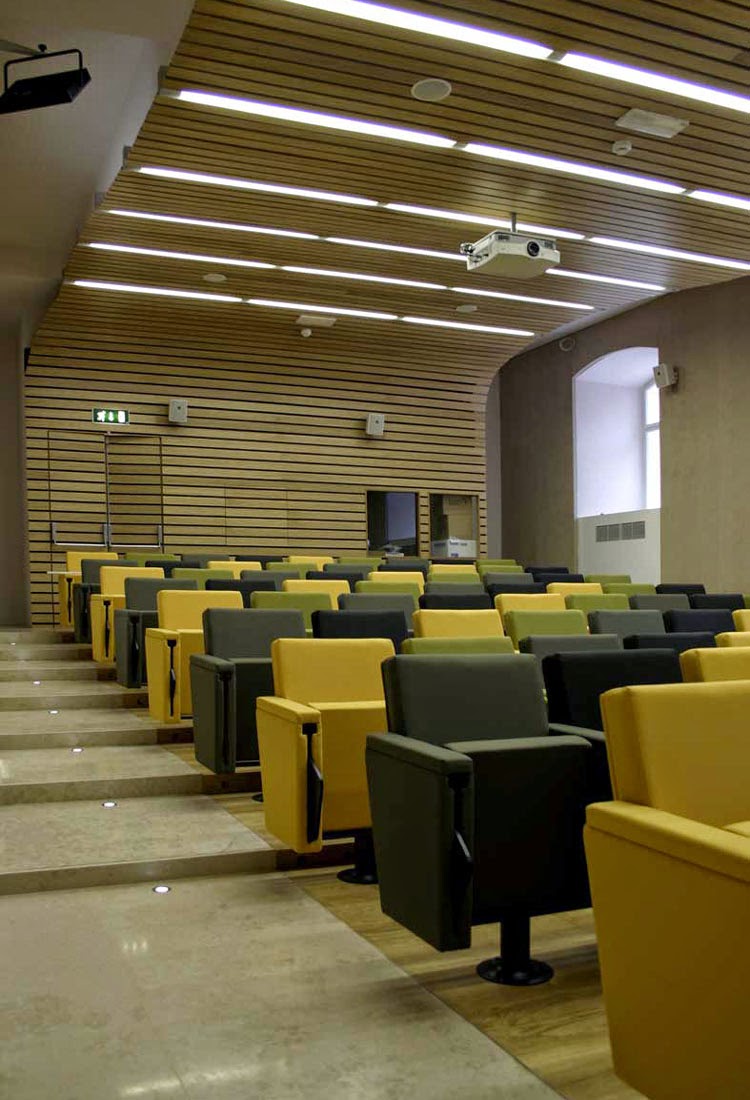 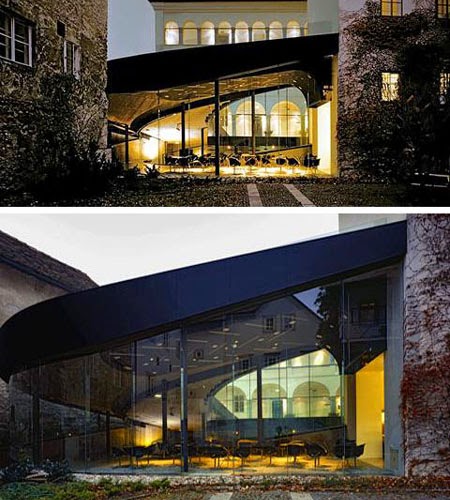 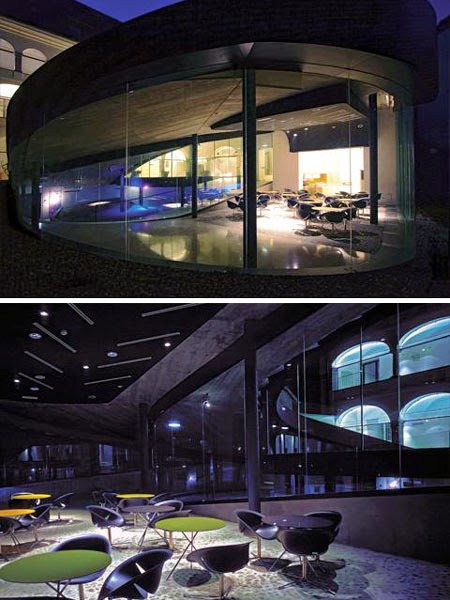 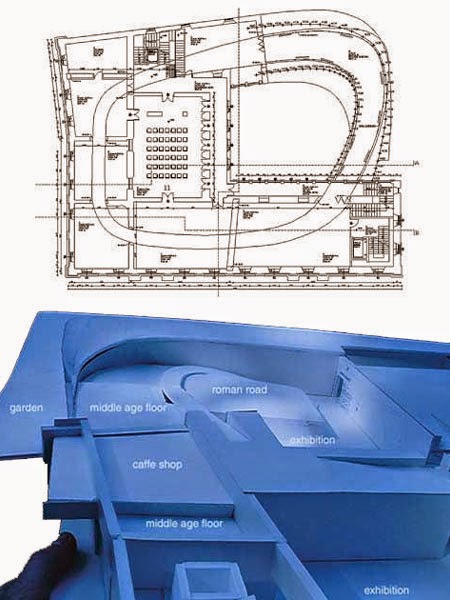