Yesterday I received a copy of the Archipendium 2012 Architecture Calendar. Yes, it's a little late in the year to receive a calendar, but I made it a "test drive" to help people decide if they want to get the 2013 edition now available. As can be seen below, it is a daily "tear-off" calendar with one building every day that is about 4.25x5.5 inches (11x14 cm), with a hole near the top for mounting on a wall. 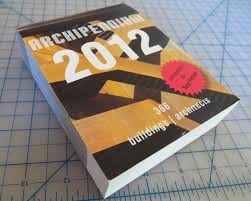 [Archipendium 2012 Calendar | All photos by archidose]

My first thought after taking a quick glance at the calendar was, "what do I do with the sheets after tearing them off?" Throwing them away—I mean recycling them—is certainly an option, but if saving them is more valuable, both environmentally and in terms of keeping an archive of the daily buildings, then the question is how to save them. I decided to build a base for the calendar, one side for the torn-off sheets and one side for the calendar; I used a screw post with the latter, to help keep it in place. 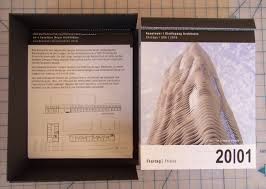 Tearing my way through 10-1/2 months of the calendar, one day at a time, confronted me with a bevy of nice buildings, most of them in Germany, Switzerland, and Austria. Archimap Publishers, who puts out the calendar, is based in Berlin, so this is no surprise. On the back of each daily photo is a description of the project and a drawing, sometimes a plan, but other times an elevation, a section, a detail, a rendering; whatever is of interest. Unfortunately, only about half of the projects are described in English; the rest are in German. 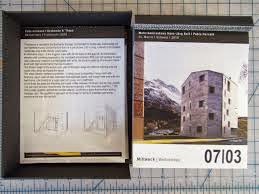 As January 20 attests, there are buildings elsewhere, but they are much fewer than those within Europe, German-speaking countries or otherwise. More buildings in Asia, Australia, and South America would be nice, but again I'm not surprised by the geographic density of the projects. 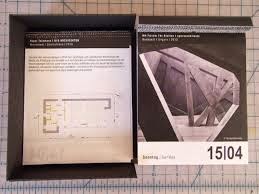 With 366 projects (2012 is a leap year), there's plenty of fresh architecture for even the most devoted architecture buff. I found a good deal of likable architecture that I was not familiar with, though it seemed that every one I wanted to learn more about was accompanied by a description in German. To the Internet! 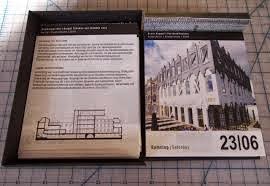 The choice of buildings is decidedly modern, but there is still some eclecticism, as the above project by FAT Architecture attests. 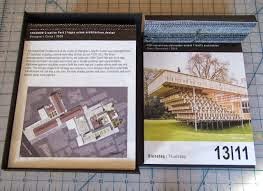 Tearing through page after page, day after day, one thing I realized is that the quick-and-dirty base I made (with black museum board and electrical tape) isn't such a bad idea. But it would be a lot better if it could close, so then the torn sheets could be saved inside an archival box that could be referenced at will. Instead, I'll be left with a base that can be used for subsequent years and still be faced with the question of what to do with the torn sheets. 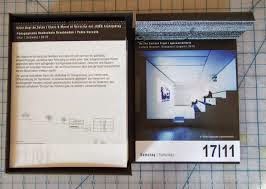 The 2012 calendar has an introduction by Tony Fretton, who jokes about "provid[ing] a thin veneer of respectability to the whole affair," but more accurately catches on to how the daily march of buildings produces some "awkward conversation[s]." A more expected but nevertheless an interesting tactic would take the relationship of building to day or time of year into account. Why not have the Ice Hotel on Christmas Day? Or a building surrounded by cherry blossoms in early May? Or feature buildings from certain countries on days that coincide with major local holidays? There's lots that can be done to make something good even better.
Email Post
Labels: book-review